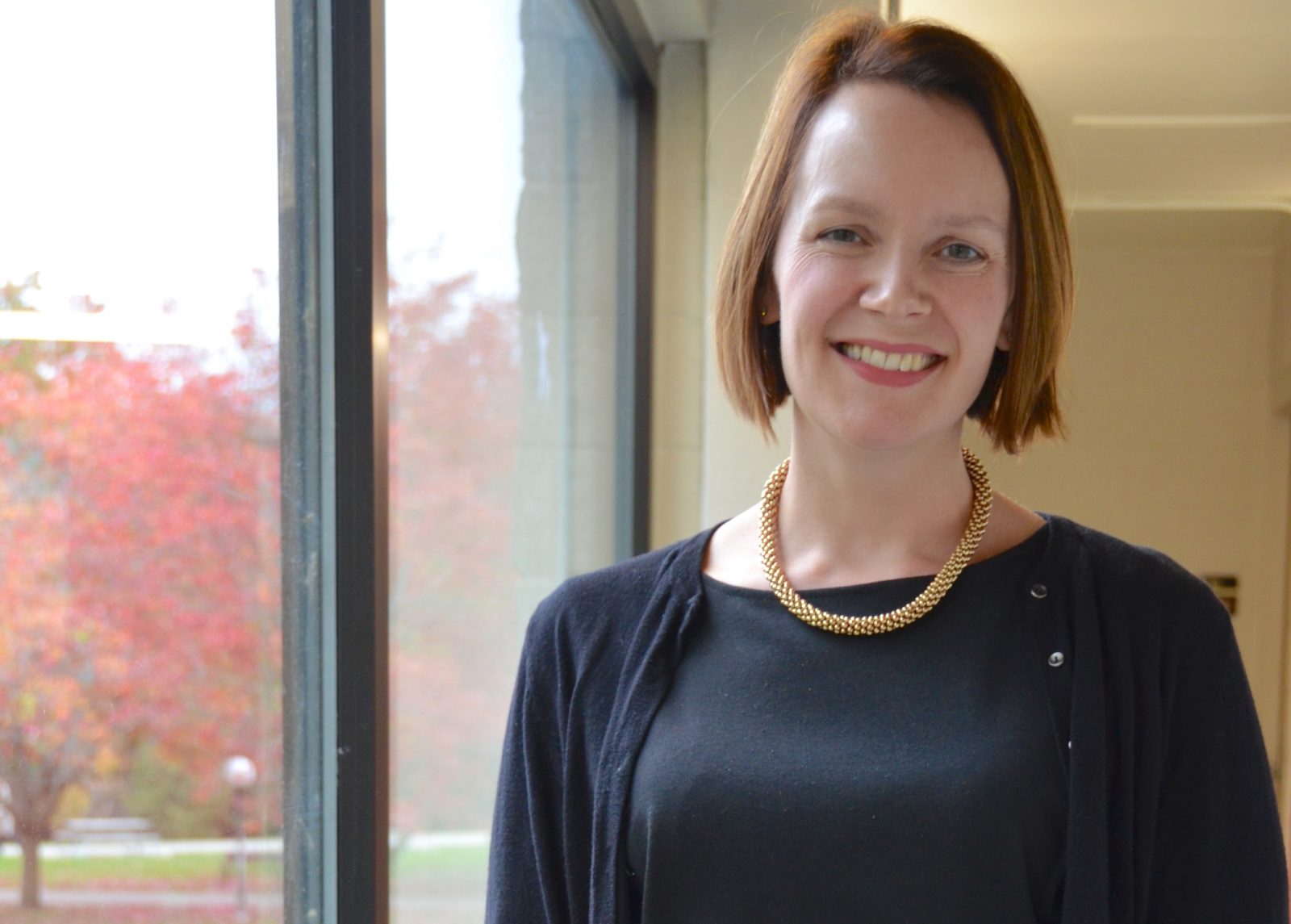 Karen L. Campbell, alongside three other scholars from the U.S., the U.K. and Germany, has been recognized by the Psychonomic Society with an Early Career Award for 2020.

Karen L. Campbell, Assistant Professor in the Department of Psychology, has received an Early Career Award from the Psychonomic Society, the leading organization in the experimental study of cognition.

It’s a significant achievement on its own, as only four scholars are recognized each year among the organization’s 4300 members worldwide. But for Campbell, the award has special meaning, too.

“Psychonomics was the first conference I ever went to as a new grad student,” says Campbell, adding that as a first generation university student, she had no idea what to expect from the event. “I was totally amazed by all the science and loved the experience. That’s when I knew I was hooked — that this is what I wanted to do with my life, if possible.”

She plans to help others discover the possibilities of studying science, as well, by donating half of the financial portion of her Early Career Award to Actua Canada, a charity that does youth outreach to increase diversity in STEM.

Campbell, who holds a Tier II Canada Research Chair in the Cognitive Neuroscience of Aging and was named a Fellow of the Psychonomic Society in 2018, says she was quite surprised by the award announcement.

“I would like to think that it reflects the creativity of the work,” she says. “I try not to take the standard approach of ‘everything gets worse with age,’ because how can that be, when most of the older people in our lives are still vibrant, interesting contributors to society?”

Instead, Campbell studies how “the way we test cognition might be giving the impression that certain abilities decline with age.”

At the moment, she is leading research in her Neurocognitive Aging Lab out of the Centre for Lifespan Development to study a few different topics, including age differences in memory for longer story narratives and a COVID-19 project on the willingness of both older and younger adults to help others during the pandemic. These projects are being conducted online due to physical distancing requirements.

“I have some amazing grad students who have been working hard from home, but we all miss seeing each other in the lab, and we hope to be back there soon, once it’s safe to test participants in person again,” says Campbell.

The restrictions on in-person meetings also means that Campbell won’t receive her award at the annual meeting of the Psychonomic Society, as has been the norm, as the event will have to be held virtually.