Mathematics and Science profs to be featured on chemistry journal cover 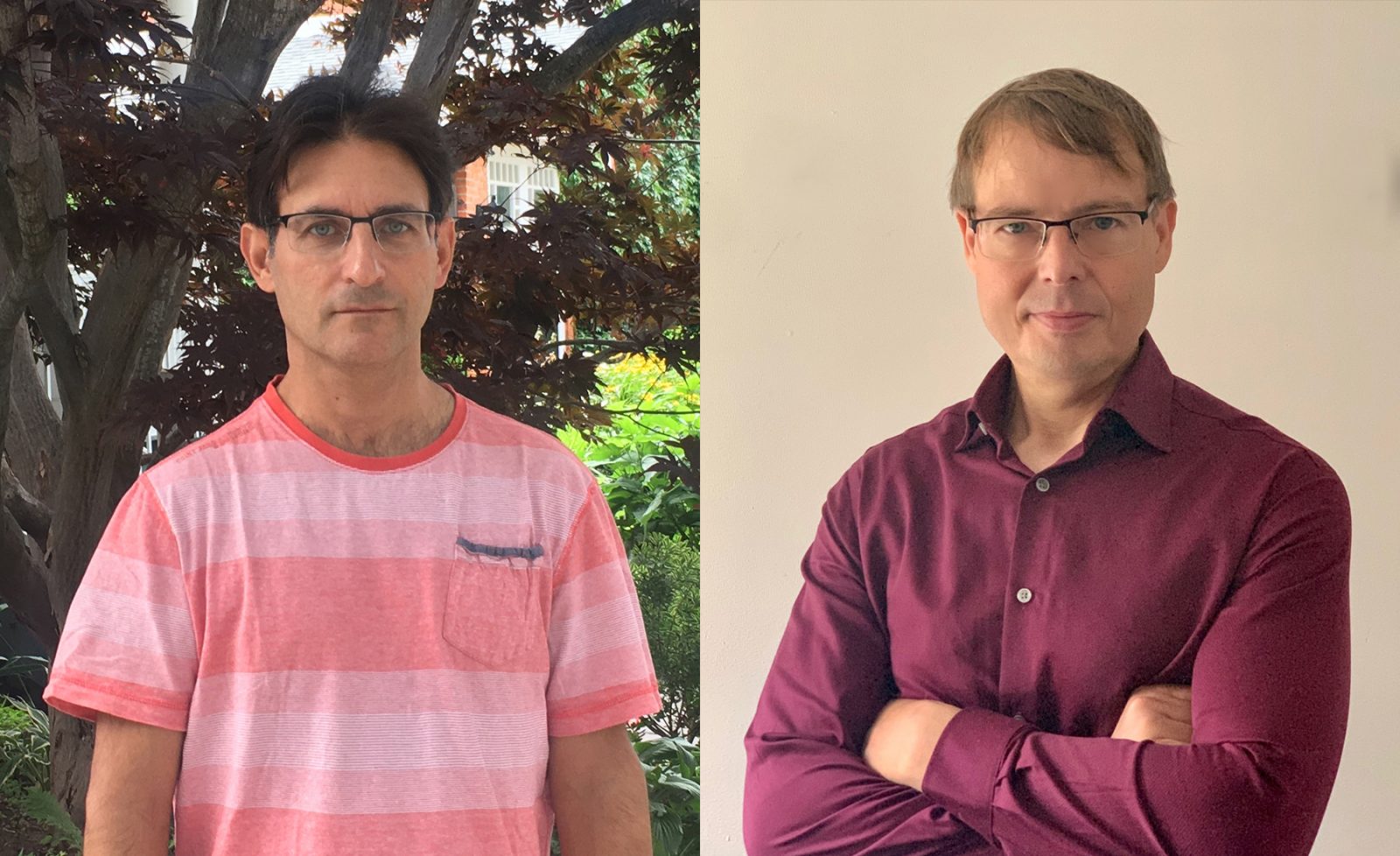 Chemistry Professors Costa Metallinos (left) and Travis Dudding (right) will appear on the October cover of Advanced Synthesis and Catalysis, a leading primary journal in organic, organometallic and applied chemistry.

Brock Univeristy Chemistry Professors Costa Metallinos and Travis Dudding have been selected to appear on the October cover of Advanced Synthesis and Catalysis, a leading primary journal in organic, organometallic and applied chemistry.

The issues marks the first time the pair have shared a cover together, with Dudding noting they were selected for their “development of a new technique for creating molecules used to make drugs and pharmaceuticals.”

Starting with just one material, their research shows how, depending on the conditions of the reaction, they can produce four different products.

“Understanding the method allows chemists the ability to dial in the product they want to create from a single source, like selecting the gear you wish to use for a specific outcome,” says Metallinos.

“As the data was coming in it was like finding missing pieces to a developing puzzle,” says Dudding. “More broadly, one of the great aspects of chemistry is that it offers new puzzles to be solved and exciting discoveries.”

The work incorporates chirality, which Metallinos compares with biological molecules.

“Biological molecules are produced ‘right or left’ handed and can be mirror images of each other, yet chirality is when an object or a system is distinguishable from its mirror image; that is, it cannot be superimposed onto it,” he says.

Metallinos adds that the molecules they produce can form “the correct ‘glove’ to fit the chiral handedness of the molecule with which one wishes to interact.”

Being able to produce multiple molecules from a single material also opens doors for other chemists to produce materials they didn’t have access to previously. For example, if a meal requires a certain ingredient like carrots, but they don’t grow in your garden, the team’s method might allow you to turn your tomatoes into a carrot (chemically) so you have the right ingredient for your dish.

The team that contributed to the research is a global mix of talented academics. Sechi was one of two Trillium Scholarship recipients awarded at Brock the year she travelled from Italy to study Chemistry at the University. She will defend her thesis later this year and have a respected journal cover to show as part of her work.

“We always value international collaborations and our international students,” says Dean Ejaz Ahmed. “We so often see remarkable work from those coming from abroad, and Sechi is no exception. We feel it’s more important now than ever to welcome motivated students from around the world.

The Faculty awarded the team $500 for the team’s impressive research.

The next step, Dudding says, may be a potential fifth molecule or more complex versions of the original four.

“The models my group contributed to the paper provide valuable fundamental chemical and mechanistic insight into the reactivity reported in the paper. There is no doubt a team with such a rich diversity of backgrounds of research can push the science even further.”