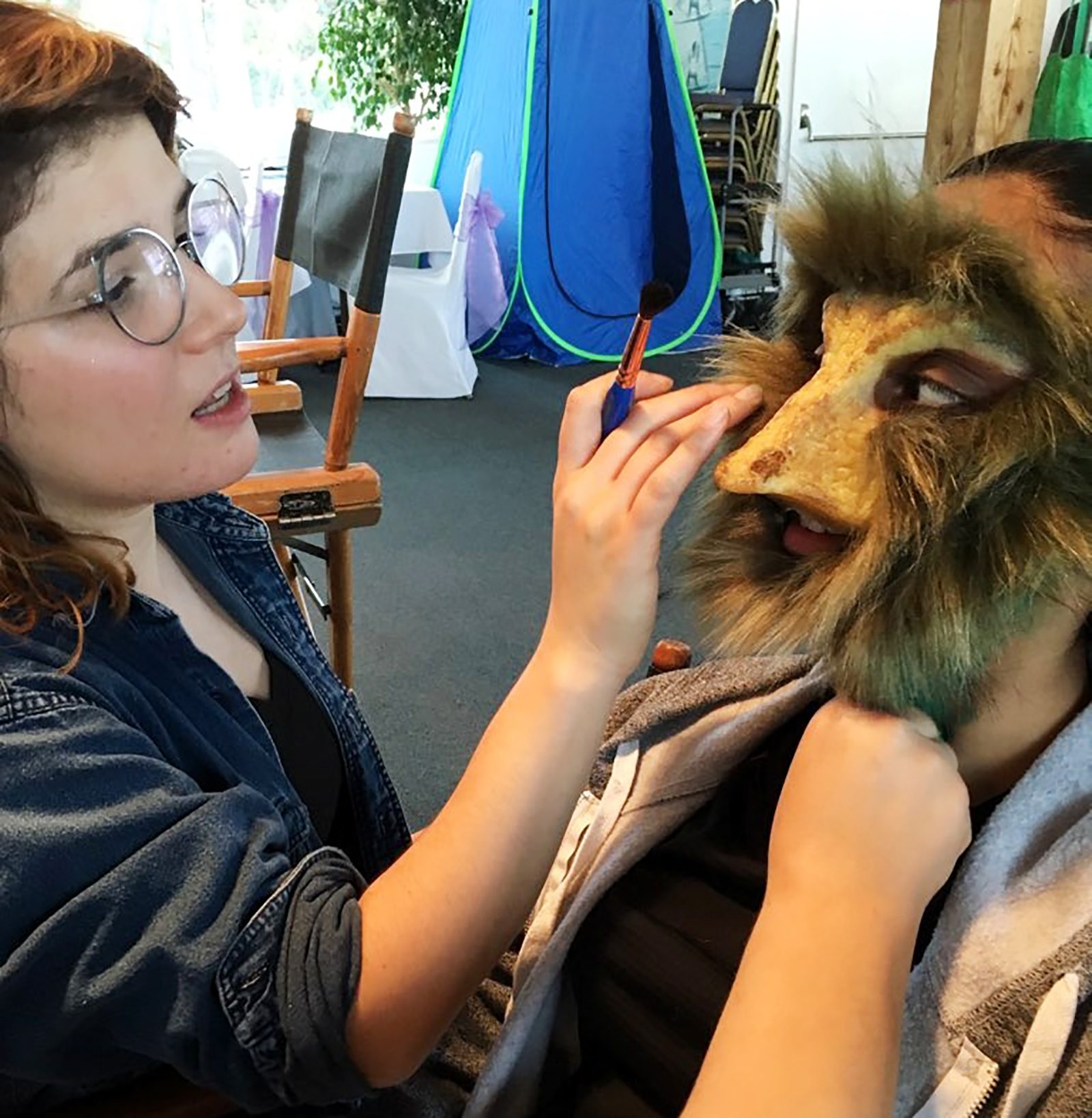 Karlee Morse (BA ’11) has been recognized with an Emmy for her special effects makeup on the children’s program Dino Dana.

Karlee Morse (BA ’11) wasn’t sure at first what she wanted to do when she graduated from Brock University.

But the Brock alumna has clearly found her calling having won a Daytime Emmy last month for Outstanding Special Effects Costume, Makeup and Hairstyling for her work on an episode of the children’s show Dino Dana.

Morse worked with a team of three artists to transform four actors into dinosaurs for the episode of Dino Dana. Working from CGI illustrations and the costume design by Christine Toye, Morse seamlessly transformed the actors.

“It’s just amazing,” she said of her win. “Truthfully it was really hard. It was a lot of work.”

Morse started her career in film and television as an assistant for the art department on a production called Android produced by Sinking Ship, the same company that produced Dino Dana.

“From there, I just made connections and once I started focussing on prosthetic work, they brought me in to do some specific episodes,” she said.

Morse didn’t plan on working in special effects make up while she was completing her combined major in Visual Arts and Interactive Arts and Science.

“I kind of fell into it,” she said. “I wanted to do concept work for video games, but I realized I’m not content working on the computer for more than an hour. I thought about it and the happiest I was when I was working in the studio.”

“I’m so thrilled for Karlee,” said Donna Szoke, Associate Professor of Visual Arts, who taught Morse at Brock. “She has always had a deep love of drawing. Film makeup and special effects makeup is such a wonderful continuation of her lifelong pursuit of drawing and sculpting.”

After her time at the University, Morse went on to do Sheridan’s special effects makeup program, where she now teaches.

“I didn’t realize this was a career at all,” she said. “It’s like painting, but on people’s faces. It’s like sculpting, but on a living model.”

Morse finds herself working in the video game industry from a different perspective than she had originally thought. As a makeup artist, she does life casting— making casts of actors’ body parts — and placing motion capture markers on actors for game giant Ubisoft.

“My favourite part of this career is that every day is vastly different,” said Morse. “I usually have multiple things on the go and it’s just fun. I get to go to cool places, meet people and do cool things.”

Morse has stayed connected with her passion for sculpture and is currently working on some custom sculptures for a corporate client. She sculpts in oil-based clay, then makes a silicon mold and casts the sculpture in resin.