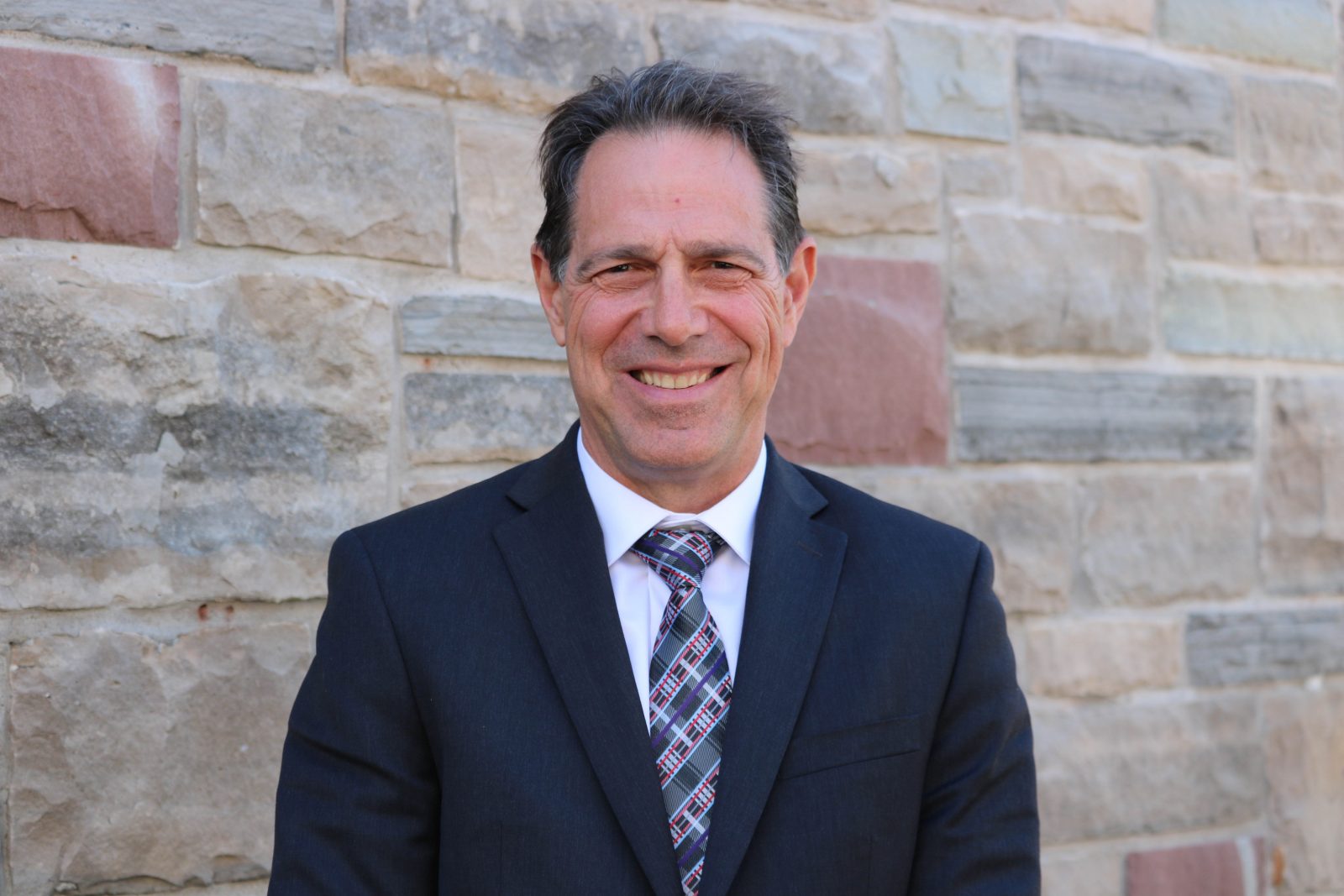 The Faculty of Applied Health Sciences (FAHS) is mourning prominent graduate and Dean’s Alumni Council member Dr. Ron Mergl. The community research partner and well-known leader in veterinary medicine and zoonotic diseases passed away Saturday, July 4 after a year-long battle against glioblastoma, an aggressive brain tumour. He was 61.

Dean Peter Tiidus called Mergl (MSc ’10) “a valuable member of my Alumni Council whose presence and knowledge will sadly be missed,” adding that he “often provided advice on the interconnectedness of health.” Mergl also served as an advisor on the sustainability of Brock initiatives with a lens on local and global community health.

Coming to Brock as a mature student, Mergl had a lasting impact on faculty and colleagues, said Health Sciences Professor Ana Sanchez, who supervised his graduate thesis focusing on migrant workers’ health. She maintained a community research partnership with him following the completion of his degree requirements.

“Ron captivated everyone who met him with his amazing personality and knowledge,” Sanchez says. “His drive to find sustainable health solutions for the planet by looking at problems affecting the entire ecosystem was extremely holistic and forward-thinking.”

Mergl’s research on zoonotic diseases (infections that can be passed from animals to humans) led Mergl to raise awareness of One Health, a concept of the actions communities need to start taking to prevent global health pandemics and other health crisis.

It was this concept that prompted Mergl to pursue his master’s degree, and it remained his focus until he was admitted to hospital in April.

The conviction to promote the One Health approach as ideal to confronting infectious diseases would bring Mergl to Central America as well. He became well-known to Sanchez’s research partners as he travelled to Honduras to facilitate, along with colleagues from Calgary and the U.S., a workshop on zoonotic diseases to medical and microbiology professionals. Years of collaboration with Sanchez’ lab have recently crystalized in the peer review publication, “An integrated study of Toxocara infection in Honduras: human seroepidemiology and environmental contamination in a coast community,” soon to be published.

“Without Ron, this work would not have been possible,” Sanchez says. “He had this acute research insight and sharp diagnostic abilities and would identify infection cases that became the cornerstone of future work.”

Sanchez says he was a genuine collaborator whose ideas and passion would continue to live through her work.

Many undergraduate and graduate students in Health Sciences knew Mergl as a dynamic guest speaker and research collaborator. He will be greatly missed.

Due to COVID-19 pandemic, a livestream feed of the funeral service will be available on the Morse & Son Funeral Home Facebook page Thursday, July 16 at 11 a.m.

Mergl’s ashes will be carried to the Fairview Cemetery by an 1840 funeral carriage and two horses from Main Street Niagara Falls down Lundy’s Lane to Dorchester Road to Morrison Street. The procession is expected to pass by the Niagara Falls Animal Medical Centre between 10:30 a.m. and 11:00 a.m., where those who wish to salute him may do so outdoors at a safe distance.

Please wear a mask if you are able to and be mindful of Ontario’s physical distancing and gathering limits, as well as Niagara being one of the province’s regions still in Phase Two.

The family hopes to announce a celebration of life at a later date.

For more information or to read the obituary, visit the Morse & Son Funeral Home website.