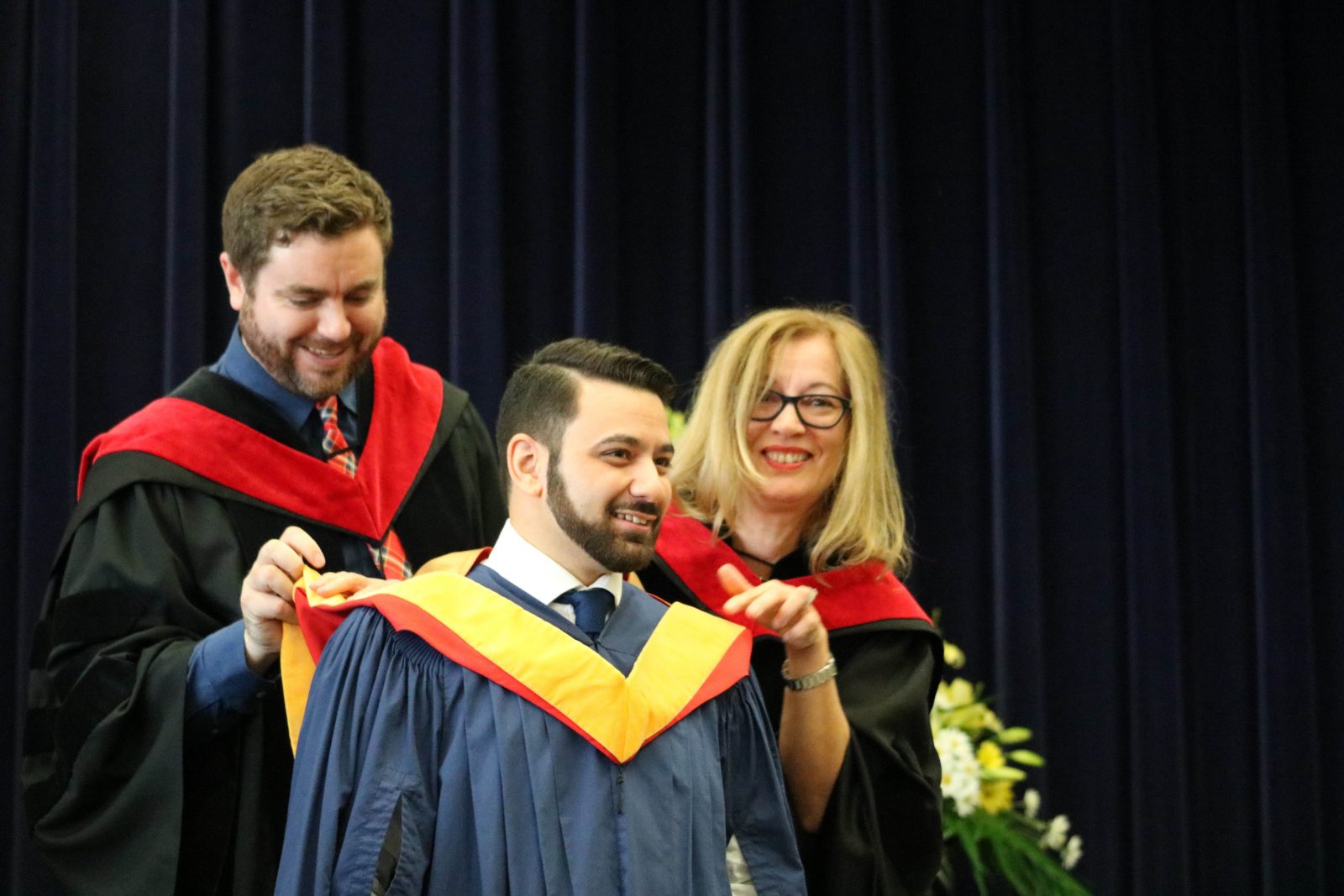 Components found in rosemary appear to inhibit the process leading up to an allergic reaction, a Brock University research team has discovered.

“What we’ve really done here is to identify and start understanding the mechanism of how rosemary extract as a whole prevents the steps involved in the early and late phase reactions associated with allergies,” says Yousef, lead author of the study published earlier this year.

“There’s a big effect with the rosemary extract. We’ve been able to show in our study that rosemary extract not only alters activation of proteins within mast cells that lead to inflammation, but reduces chemicals that produce the typical inflammatory symptoms many people with allergies experience.”

Mast cells are immune cells found in tissues such as the skin, respiratory tract, digestive tract and other areas that are in contact with our external environment.

Like other immune cells, mast cells protect the body from infections caused by pathogens such as parasites, bacteria and viruses, maintaining healthy tissue in the process.

They can also react to innocuous substances in the environment, such as pollen, animal dander, certain foods and others, that should pose no real threat. These are known as allergens.

Exposure to allergens causes receptor proteins in the mast cell to kick off a process called degranulation, where cellular ‘packages’ called granules release molecules that lead to the hives, itchiness, swelling and other immediate ‘early phase’ symptoms of an allergic reaction.

When Yousef and his team introduced extracts of the rosemary plant into mast cells containing allergens, the rosemary extract prevented degranulation from taking place.

The rosemary also suppressed the production of small proteins called cytokines and chemokines that are vital in sending out signals to activate and recruit other cells; this had the effect of inhibiting the process driving the ‘late phase’ symptoms of an allergic reaction.

Furthermore, the results were “dose-dependent,” meaning that the greater the amount of rosemary extract present with mast cells, the greater the suppression of the allergic reactions.

“These findings indicate that RE [rosemary extract] is capable of modulating mast cell functional outcomes and that further investigation of the underlying mechanisms and its potential therapeutic properties in allergic inflammatory conditions is warranted,” says “Attenuation of allergen-mediated mast cell activation by rosemary extract (Rosmarinus officinalis L.),” published March 22 in the Journal of Leukocyte Biology.

Funding the research were grants and awards from the Natural Sciences and Engineering Research Council of Canada (NSERC), Canada Foundation for Innovation (CFI), Ontario Research Fund (ORF) and Brock University.

MacNeil says the research is the first of its kind to study the impacts of rosemary on the degranulation process in mast cells.

The next step, says Yousef, is to break apart the rosemary extract “to determine which components are the main drivers of the results we’re seeing. With the help of some great Brock graduate students such as study co-author Rob Crozier, we couldn’t be more excited to see what comes next.”

Yousef, who was MacNeil’s master’s student at the time of the paper’s publishing, is now is pursuing his doctor of medicine degree in Australia, but still collaborates with MacNeil and his team.

The research sprang from a partnership between MacNeil and Tsiani, who studies the impacts of rosemary on cancer cells’ signaling pathways,’ which are a series of chemical reactions that transmit information within the cell, resulting in a specific action. Tsiani also researches the effectiveness of rosemary in diabetes treatment.

“I asked the question, ‘Maybe we should look at whether or not inhibition of the signaling pathways would hold true in an allergic context in a completely different cell type,’” says MacNeil. “Along came Michael — he was interested in this project, and here we are today.”

MacNeil lauds the “new ideas” that “flourish” when faculty and students from different labs come together.

“These learning experiences that our graduate and undergraduate students go through are not just for the sake of earning a degree but are actually advancing the leading edge of science and developing their collaborative and critical thinking skills,” he says.