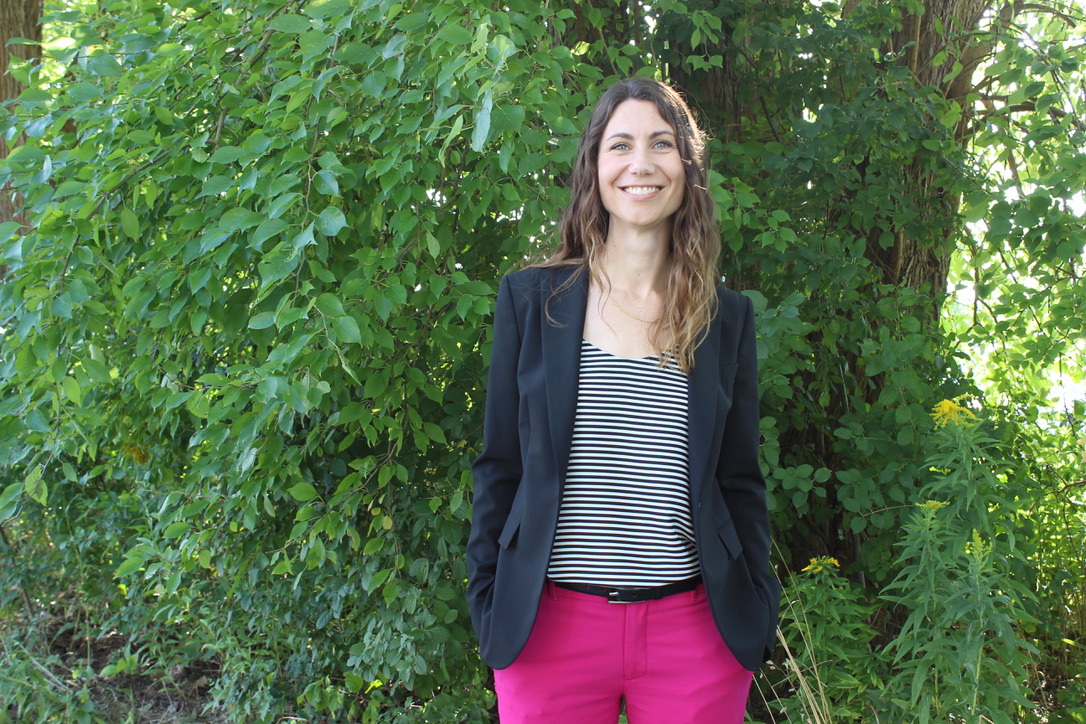 Julia Baird, Assistant Professor in the Environmental Sustainability Research Centre and Department of Geography and Tourism Studies, is the recipient of the 2020 Water’s Next Award for her ongoing research into water governance.

Julia Baird is the recipient of the 2020 Water’s Next Award in the category of “People: Academic Leader.” The award was announced in June at the annual Canadian Water Summit, which was held virtually earlier this month.

Baird, Assistant Professor in the Environmental Sustainability Research Centre (ESRC) and the Department of Geography and Tourism Studies, is a Tier II Canada Research Chair in Human Dimensions of Water Resources and Water Resilience. She was also nominated for the award in 2019.

Baird, who runs the Water Resilience Lab out of ESRC, was grateful for the honour.

“I especially appreciate this award because the Canadian Water Summit is a gathering place for Canadians working on water issues — a diverse group including government, academics, non-government organizations and industry,” Baird says. “It signals to me that my work is relevant beyond academia, and that is really important to me as a sustainability scientist.”

Baird’s extensive research on the governance of water resources was recently in the spotlight during the virtual launch of a new partnership between World Wildlife Fund-Canada and the ESRC that will examine the ways in which flood planning is taking place around the St. John River Basin, located in New Brunswick, Québec and the American state of Maine.

“The research is exciting because it will make important contributions to scholarship on watershed-based governance and climate change adaptation planning, and it also has immediate relevance for those in the basin,” says Baird.

But, as Baird points out, the launch webinar also highlighted the pressing issue of a lack of co-ordination amongst stakeholders — an issue she believes requires urgent attention.

“Water governance and specific issues like flood planning are not usually highly co-ordinated across administrative boundaries, but water doesn’t respect our administrative boundaries,” Baird says. “There are benefits, including efficiency, innovation and greater effectiveness, if decision-making and direction-setting occur in co-ordination or collaboration with others in the watershed.”

Alongside her work on the St. John River Basin, Baird is engaged in another endeavour with colleagues from Brock to examine how and why people think about resilience when it comes to water resources.

Early findings have shown that it is possible to “predict the extent to which individuals align with a resilience perspective based on some key differences, including age, empathy, openness and optimism about the future.”

“This builds our understanding of how close — or far — those in society are to agreeing with and believing in the importance of governing using resilience principles, such as emphasizing broad participation in governance, supporting learning and experimentation, and recognizing the importance of connectivity,” says Baird, noting that although this work began as a single project, it is expanding into its own program of research.

“The argument is that we need a resilience perspective because it acknowledges how the world works — its complexity, its dynamic nature, and its uncertainty,” Baird explains. “When we view the world with this lens, new possibilities for how we govern it open up.”

Baird says that the work will soon move toward using the initial findings of the project to influence mindsets more broadly to encourage a resilience perspective.

“Shifting mindsets is one of the most powerful levers we have for change,” says Baird. “I think there’s a lot of potential for positive action as a result of this research.”