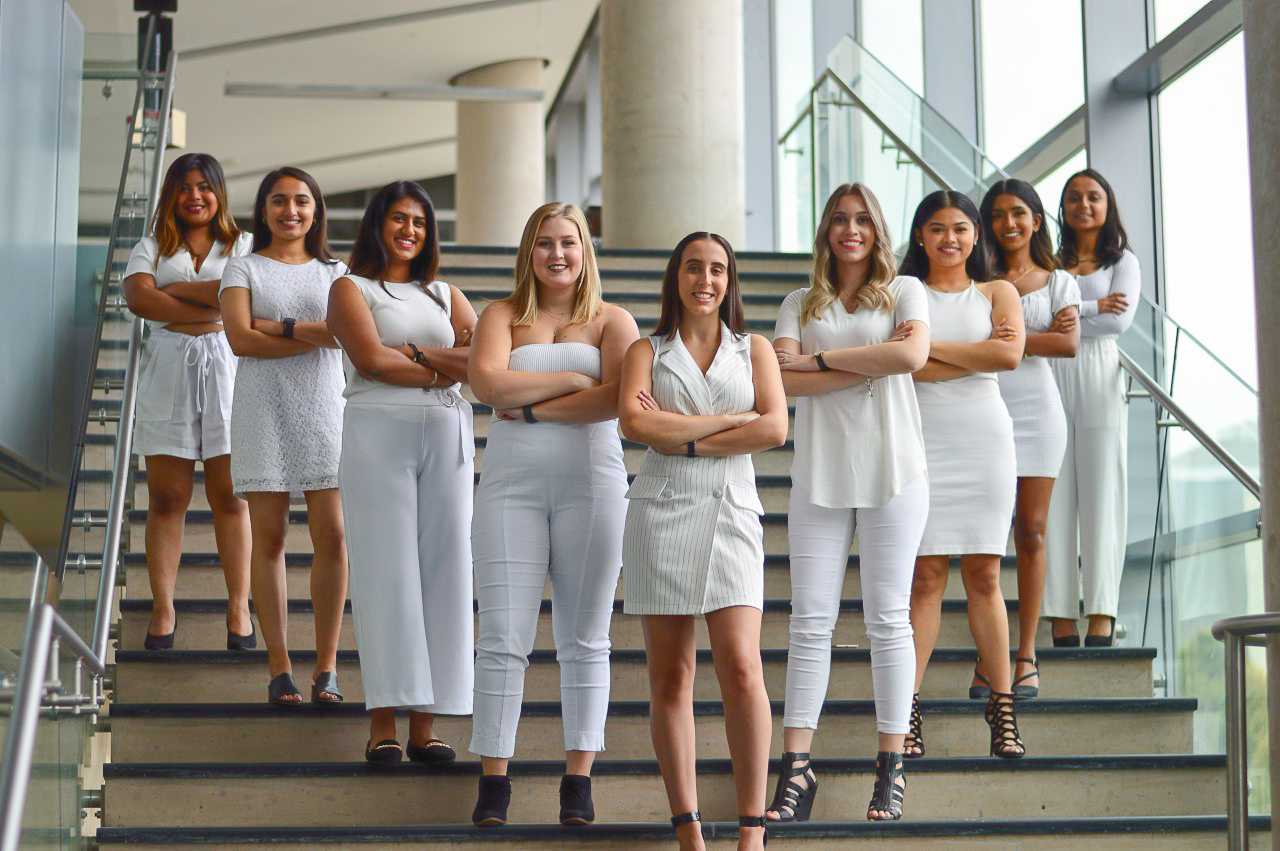 Getting the most out of a business education often means looking beyond the books and balance sheets of a classroom environment.

Like many first-year students, Shania Walden doubted her abilities to be a student leader, and was hesitant to apply for club roles.

“I finally just believed in myself and applied, and here I am four years later, so happy I did,” said Walden. “It was the best decision I ever made.”

That initial application landed Walden a position with the Business Students’ Association (BSA) as Vice-President of Student Affairs.

“I wanted to make a difference in the Goodman community and create events that would help students and somehow change their lives,” she said.

A few years later, a fellow BSA member approached Walden with the idea of starting a women in business club. Thanks to her colleague’s work, the Brock Women in Business (WIB) club was formed in 2019, where Walden took on the role of Executive Vice-President.

This past school year, Walden led the club through its first full year as President, including organizing the second annual The Rise, an event for students to meet female business leaders with diverse experiences and industries, as well as hear first-hand how they’ve risen to the challenge of being in a male-dominated business world.

“Women in the business field experience a lot of negatives and have a difficult time finding support and feeling confident,” said Walden. “Through WIB, I learned how women leaders have overcome these obstacles. More importantly, I saw first-hand how Brock students built their strength and confidence through WIB events and initiatives, as well as through the support of their fellow students, males included.”

Throughout her four years at Brock, Walden was also involved with other BSA clubs, competed in JDC case competitions as an academic delegate and was a member of the varsity dance team.

“Getting involved can be a lot of work, but it is so worth it for what you get back in return,” she said. “I’ve built up my network, learned softs skills you can’t as easily learn in the classroom setting, created memories beyond my academics and made an impact in my school community.” 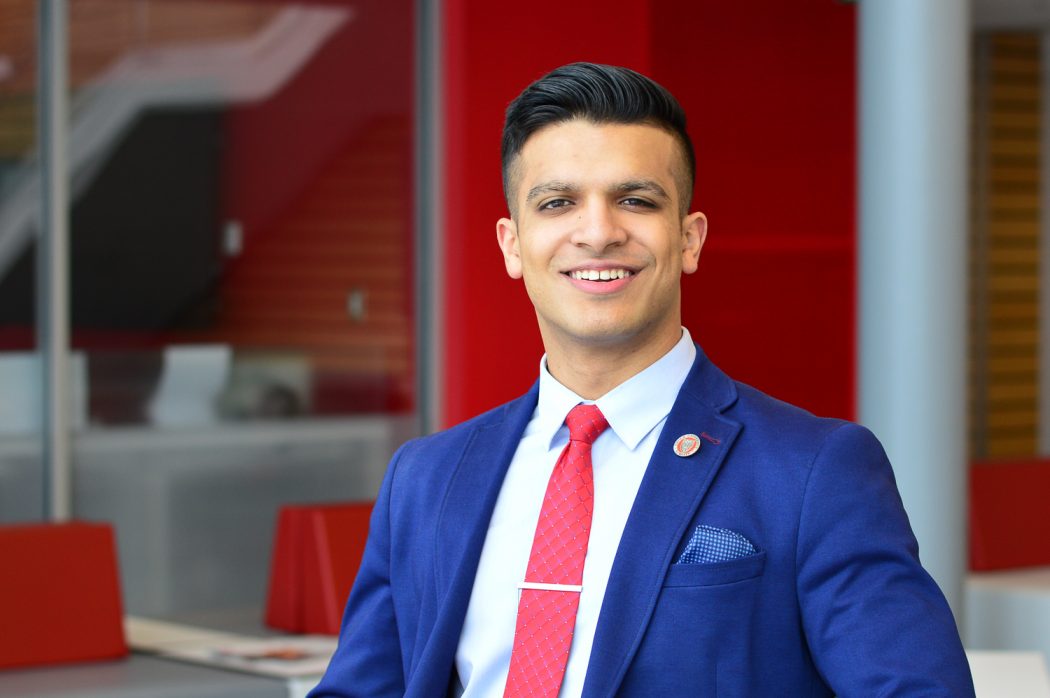 Asad Jalib calls himself an average student, but there isn’t anything average about being the president of a $13.5 million organization at 22 years old.

Before graduating this month, Jalib began a one-year term in May as President of the Brock University Students’ Union (BUSU), a role he was elected into after a year of service as BUSU’s Vice-President, Finance and Administration.

“I don’t have a 90 average or anything, but I’ve been fortunate to be a part of some pretty incredible things,” Jalib said of his student leadership experience. “I’ve learned that it’s possible to make a positive impact regardless of your age, grades or skill level.”

“If Goodman didn’t teach me the soft skills required to present myself well, communicate with students and build an election campaign, I probably wouldn’t have gotten the VP role last year or the President role this year,” he said. “Campaigning for 12 hours a day for 10 straight days was as close to a real election I could get at my age.”

On top of his involvement with BUSU, Jalib also participated in investment competitions with the Brock Finance and Investment Group, went on a four-month international exchange to the Burgundy School of Business in France and took on a role as a Goodman exchange ambassador.

He was also part of a winning team who competed in Goodman’s Kick-Starting Entrepreneurship program, an intensive venture development training weekend that concludes with students pitching business ideas for a chance to win $10,000 worth of business and legal services. 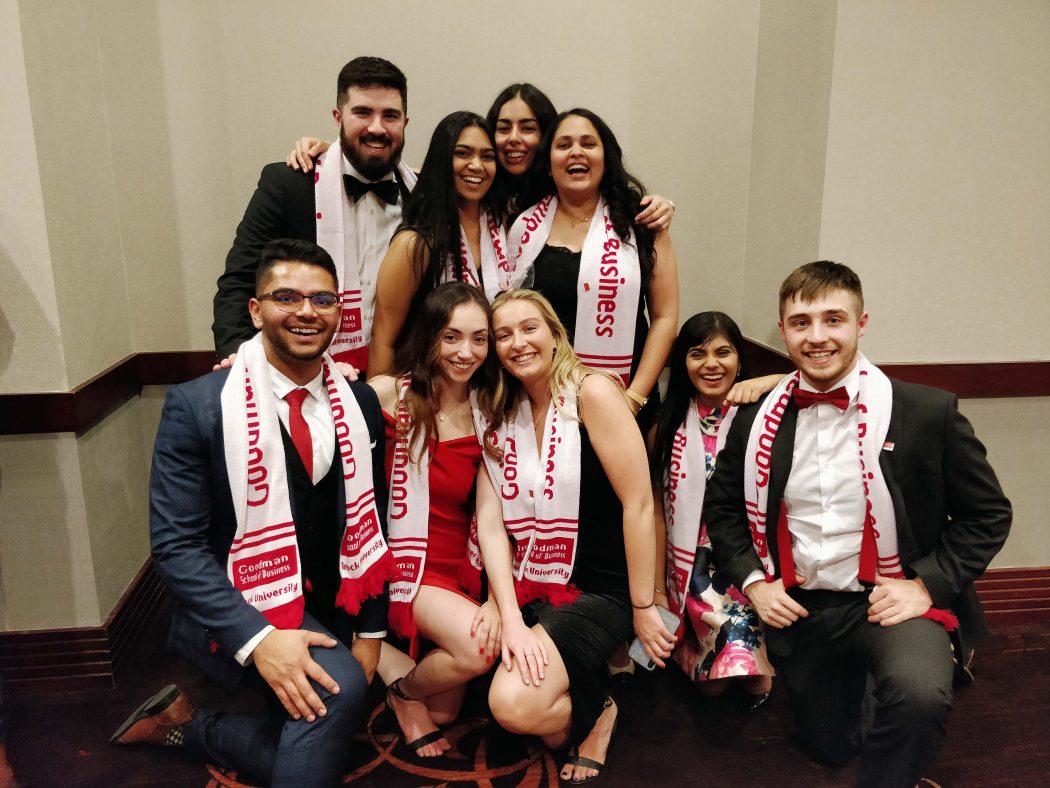 In his second year of studies, Patel joined Goodman’s JDC Central team as an accounting delegate. That winter, he and nearly 40 other Goodman students competed in Canada’s largest undergraduate business school competition. Among other awards, Goodman’s team took home School of the Year, a prize that had been won for seven consecutive years by another university.

“It was an amazing feeling to break their winning streak and prove how capable and talented Goodman students are,” said Patel. “It’s an experience I hold highly and will never forget.”

The following year, Patel returned to JDC Central as an international business delegate and then as academic co-chair in his fourth year. After three years of competing, he wanted to share his experience with others and focus on training students for the competition.

“When you immerse yourself in these case competitions, you see different ways of coming up with solutions,” he said. “It forces you to think analytically and helps you push boundaries a bit. I realized that when I graduate and enter the workforce, I’m not going to be working by the books — I’m going to be working in groups. Refining my collaboration and teamwork skills now will make me much more equipped for real-world situations.”

In addition to his involvement with JDC Central, Patel went on a four-month international exchange to Maastricht University School of Business and Economics in the Netherlands, completed 16 months of co-op work terms and took on a role as Interim President for the Goodman Accounting Students’ Association.

“Before I got involved heavily with student leadership, I would go to class and then go home,” he said.  “Once I started getting involved in clubs and case competitions, I had a reason to stay. I had more I could contribute to my university experience.”