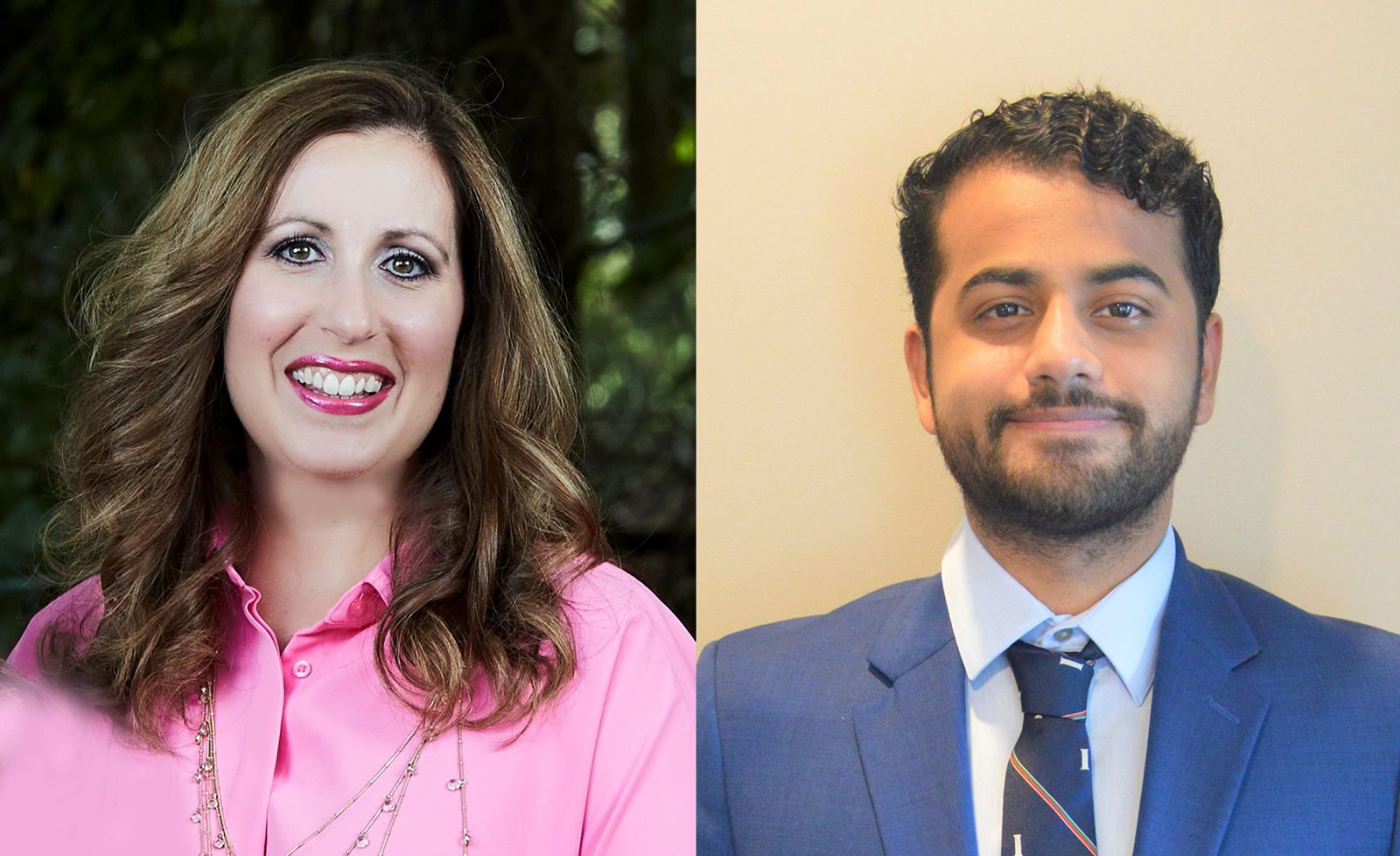 A single mom of four children and a young leader in the Muslim community are among the students awarded this Spring’s Board of Trustees Spirit of Brock medals.

Pilato was a stay-at-home mom who wanted to instill a positive attitude and perseverance into her children. Deciding the best way to do this was by example, she began working on her PhD in 2013 under the supervision of Health Sciences Associate Professor Madelyn Law.

“I always tell my kids they have to make lemonade when faced with challenges,” Pilato says. “That’s the motto in our household and I want to be a good role model for never giving up.”

Pilato’s research looked at Lessons learned from a critical appraisal of a fall break policy in higher education: A case study. More specifically, she’s one of the individuals responsible for evaluating Brock’s introduction of a Fall Reading Break for students over Thanksgiving week during it’s first three years of implementation.

“Originally, Fall Reading Break was a pilot project,” Pilato explains. “Our team was awarded a grant in 2013 from the Senate Undergraduate Student Affairs Committee to study the impact of the Fall Break on students’ stress and retention rates over three years.”

Pilato’s findings generated interest from within Brock and other universities across Ontario interested in implementing similar breaks. While the majority of students enjoy the break, some of her findings are notable.

“Sometimes the break, which is connected with Thanksgiving, falls too soon in the semester and can create stress for students who are still trying to get into a routine,” Pilato says. “How the break is labelled in important, too. If there are inconsistencies or if students and faculty have different understandings of the purpose of the break, that can be problematic.”

For the latter, Pilato suggests ensuring consistent definitions and guidelines across the University and its various methods of communication. However, overall, the break does reduce stress and encourages good mental health, but the policy should continue to be evaluated and updated.

Pilato, who defended her thesis in December, was instructing two courses in the winter term when the COVID-19 pandemic prompted the transition to online. She also began a post-doc with Health Sciences Assistant Professor Valerie Michaelson as part of a review of physical education and health curriculum across Canadian provinces and territories.

“Completing my PhD was a huge personal victory,” says Pilato. “Thanks to the support of my supervisor Madelyn Law who mentored me and my committee, I have had so many amazing experiences I get to take with me. This award is a symbol for how Brock has changed my life and a daily reminder of my gratitude.”

Receiving the Board of Trustees Spirit of Brock medal is Health Sciences graduate Aashir Siddique, who has more than 1,400 hours of service during his undergraduate experience.

Siddique, who moved with his family to the Niagara region when he was in Grade 11, has developed a strong connection with the local community following his various volunteering endeavours, including the Brock Student Muslim Association, where he served as an executive team member and Brock Medical Makers, which he co-founded.

“Many Muslim students access the Meditation Room on campus to do prayers, which happen five times a day for us,” he says. “There is a cleansing ceremony that takes place beforehand, and we learned many students were not participating because they had no place to cleanse appropriately.”

Siddique is proud of the leadership role he took on campus in successfully advocating for the installation of a wudu station to enable students to wash in preparation for prayer.

“This private space has helped students connect with their spiritual identity amidst their busy lives as students,” he says. “I am pleased to be leaving Brock knowing I have made this positive change for my community.”

With aspirations to attend medical school, Siddique, who also participated in the MedPlus program and co-founded the Brock branch of the Toronto-based Medical Makers, which provides medical supplies at a fraction of the normal cost to disadvantaged groups around the world.

Having been named to the Dean’s Honours List for more than four years in the Medical Sciences program, Siddique is now spending his time studying for the Medical College Admission Test (MCAT), but is also considering returning for Brock’s master of science program.

“After being exposed to health across the lifespan while at Brock, I have learned I am passionate about pediatrics and child health,” he says. “I am very honoured to have been selected for this award. I have spent the last two years invested in volunteerism and creating research programs which address the social determinants of health and this is an unexpected reward. I look forward to what is coming next.”

As part of the Spring Convocation ceremonies, the graduate student in each program who has achieved the highest overall average is honoured with the 2020 Distinguished Graduate Student Award-Applied Health Sciences. The recipients are Kelly Pilato, PhD; Aindriu Maguire, MSc; and Lewis Lau, MA.