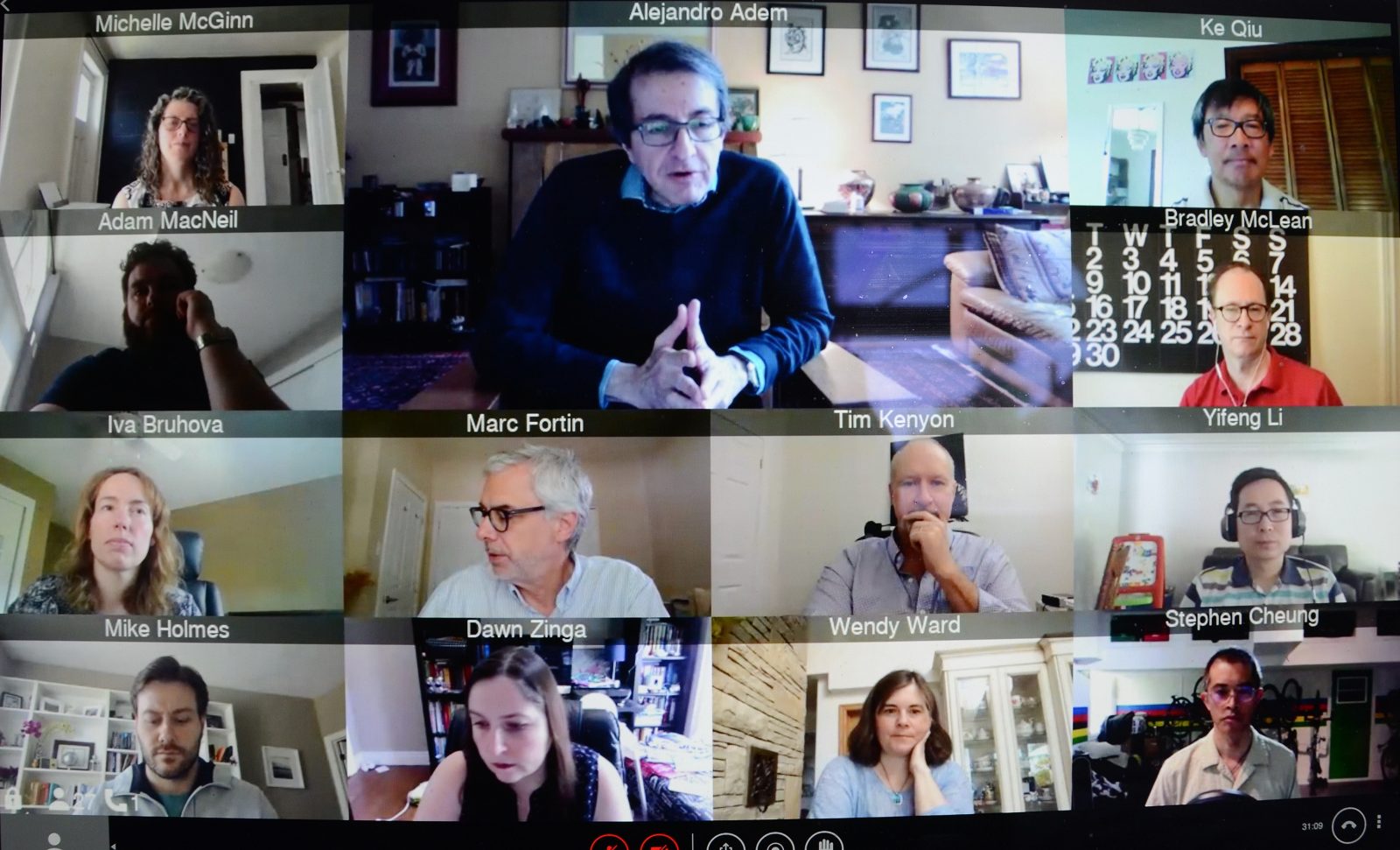 For Alejandro Adem, it’s all about the people.

“Everything we do concerns people,” the President of the Natural Sciences and Engineering Council of Canada (NSERC) told a virtual Brock University consultation Tuesday, June 9.

He met with University researchers and staff to discuss the federal government Agency’s grant programs, process and directions. NSERC is one of Brock’s major research funders.

In describing NSERC’s priorities, Adem stressed the importance of student research and learning, saying that “most of our research dollars” goes to supporting this aspect of research.

“We have to evaluate how you train and mentor the next generation; that’s extremely important,” says Adem, who is a professor in the Department of Mathematics at the University of British Columbia.

He and others around the table acknowledged that funding is a challenge, often falling short of enabling students to meet their living expenses, particularly in big cities.

The training and situation of students is part of the larger issue of supporting those who work in the field of science and attracting candidates of excellence, says Adem.

“Because this involves people, for us the principles of Equity, Diversity and Inclusion (EDI) are embedded and interwoven in all our programs,” he told the gathering.

“EDI is one of the basic tenets of modern scientific research,” says Adem. “It’s built into review of grants, how you write your proposals, how we evaluate everything we do. I care a lot about that aspect.”

He referred to the challenge of getting more women into the STEM (Science, Technology, Engineering, Mathematics) disciplines, especially in mathematics, physics and chemistry. Also falling short is representation from the Indigenous community, which he said makes up about four per cent of the population.

Adem also announced that his Agency is re-launching the NSERC Leaders Program. Every university will have an on-campus NSERC representative that will communicate issues relevant to their institution. He said this will ensure that all universities — “not just the U-15 or the Big Five” — will be heard equally.

During the consultations, researchers asked questions and shared thoughts on a variety of issues, such as the impact of COVID-19 on research topics, how to better support students financially and forming university-industry partnerships.

Brock Vice-President, Research Tim Kenyon says he values NSERC’s support for the University, calling it “a strong investment in science and in Canada’s future.”

The Natural Sciences and Engineering Council of Canada “supports students in their advanced studies, promotes and supports discovery research, and fosters innovation by encouraging Canadian organizations to participate and invest in postsecondary research projects,” says the Agency’s website.