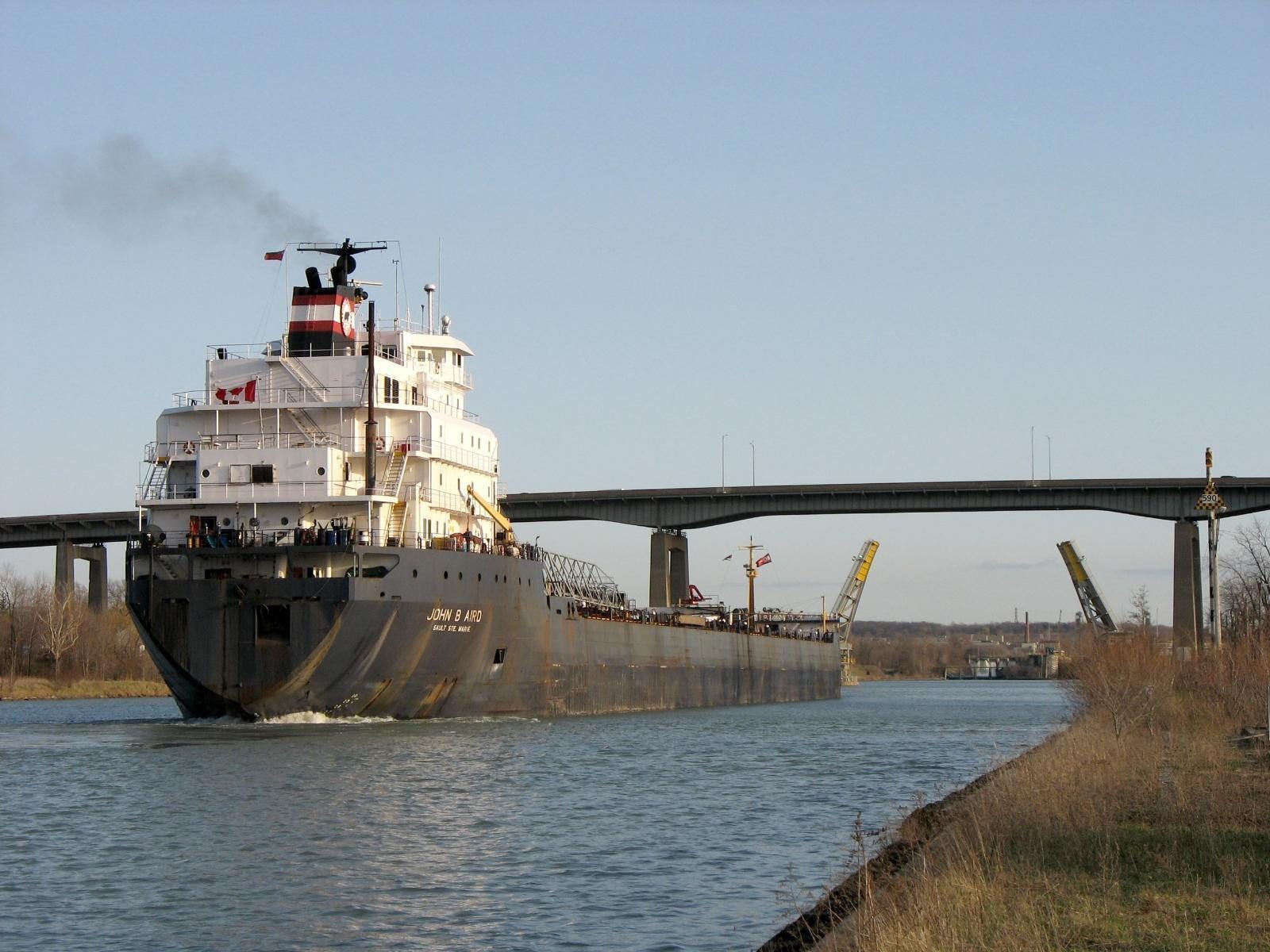 A cargo ship travels through the Welland Canal, one of a number of transportation routes in Niagara. In a policy brief to be released July 7, Brock's Niagara Community Observatory (NCO) gives an overview of the region's transportation and logistics industry and puts forth several recommendations to help the sector survive and thrive under rapidly changing conditions.

One possibility suggested creating a ferry service for trucks that would “get them off the road and onto the water,” enabling them to reach Oshawa without going through the Golden Horseshoe, says the NCO’s latest policy brief.

This is one of several recommendations made in “Niagara’s Transportation and Logistics Sector: Becoming a Global Economic Lynchpin,” to be released next week.

NCO Director and brief author Charles Conteh will be presenting the policy brief followed by a panel discussion at a virtual event on Tuesday, July 7 from 9:30 to 11 a.m. via Microsoft Teams. Those interested in attending should register by emailing cphillips3@brocku.ca by noon on Monday, July 6. Registrants will receive a link before the event.

The brief provides a bird’s eye view of Niagara’s transportation and logistics industry with the aim of “leveraging its assets” to not only successfully overcome the challenges of a rapidly-changing Niagara economy, but hook into new and emerging opportunities, says Conteh, Associate Professor in Brock’s Department of Political Science.

“The sector plays a foundational role as an all-purpose platform sector in the region’s economic competitiveness,” he says. “It is the one sector that Niagara wants to invest in from the standpoint of job creation and job security.”

Conteh calls the sector a “workhorse” that facilitates the movement of goods and people by road, rail and water, connecting Niagara with the U.S. and the rest of the world and providing a stable workplace consisting of a range of white collar, blue collar and “no collar” jobs.

Compared to the regions of Windsor, Hamilton, Toronto and London, Niagara has a near-monopoly in the areas of deep sea, coastal and Great Lakes water transportation and scenic and sightseeing water and land transportation, says the brief.

The brief also points out the sector’s challenges, including a frequently bottlenecked QEW, the growth of automated driving capacities, drone technologies and robotic systems, and a labour pool shortage due to young workers leaving the area and pursuing opportunities in more knowledge-intensive and service-based fields.

In addition to offering a ferry service for trucks wishing to avoid Toronto-Niagara traffic congestion, the brief puts forth several other recommendations to help the transportation and logistics sector survive and thrive, including:

“Niagara’s locational advantages cannot be taken for granted in a world of breakneck technological, economic and demographic shifts,” says the brief. “Addressing the immediate and growing constraints in the supporting infrastructure of transportation services, equipment and warehousing is time-sensitive. Equally so, investing in digital and institutional infrastructure to fully exploit emerging opportunities in eCommerce is not a luxury, but a necessity.”