Mathematics and Science grad has the right chemistry for success 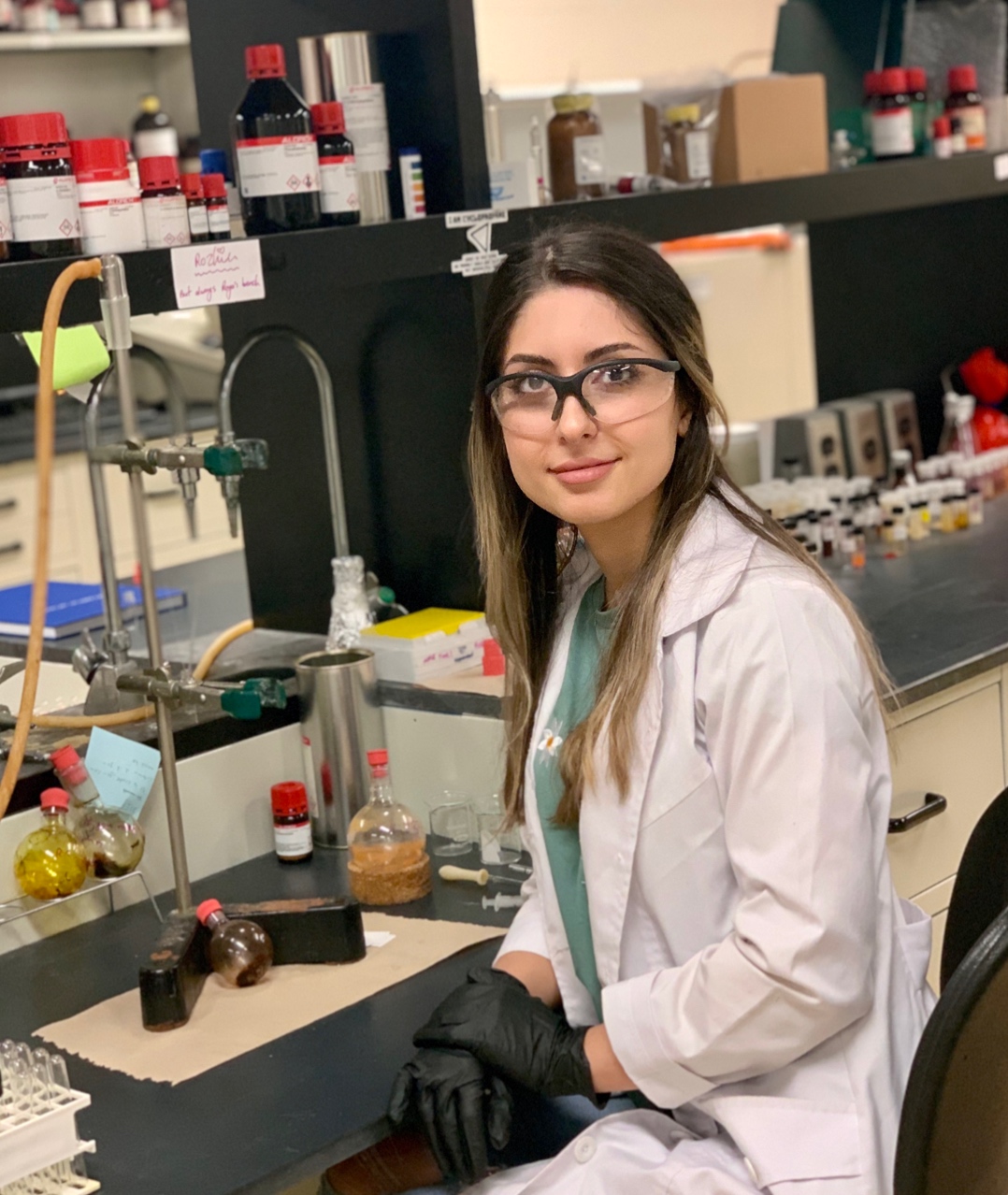 Rozhin Rowshanpour (BSc ’20) has produced incredible results during her time at Brock University.

She completed her undergraduate degree in biomedical sciences and is set to study her master’s degree in organic chemistry with Professor of Chemistry Travis Dudding this fall. Five years ago, she moved from Iran and followed in her mother’s footsteps doing research at Brock.

“It’s not often a mother and daughter are completing their studies at the same university concurrently,” said Rowshanpour, whose mother was working towards her post-doctorate as she was just beginning her academic career at Brock. Coincidentally, her mother was also Dudding’s first-ever PhD student.

Rowshanpour, whose ultimate goal is to become a doctor, already has several journal contributions, including two in the prestigious Journal of Organic Chemistry, as well as a published paper co-authored with her mother and Dudding.

One of her recent publications, ‘Stereoelectric and Resonance Effects on the Rate of Ring opening of N-Cyclopropyl-Based Single Electron Transfer probes,’ was published in the Journal of the American Chemical Society, which detailed her and her colleagues contributions to a project that involved designing computer models and providing fundamental understanding about the reactivity of specific biological probes and their role in Parkinson’s disease.

She said one of her favourite memories of her time at Brock, and particularly in the Faculty of Mathematics and Science, has been having the ability to collaborate with her fellow classmates and researchers.

“We work together very well and have created a friendly and supportive environment that allows us to bounce ideas off each other and problem solve effectively,” said Rowshanpour. “They all have incredible skills and I learn from them often. We’re quite close.”

“We are fortunate to have such a high calibre student researcher in the Faculty,” said Dean of Mathematics and Science Ejaz Ahmed. “Her work is outstanding. She has earned a number of top awards including the Natural Sciences and Engineering Research Council of Canada (NSERC) undergraduate student research award (USRA), Dean of Graduate Studies award (DGS) and a Mitacs research training award (Mitacs RTA).”