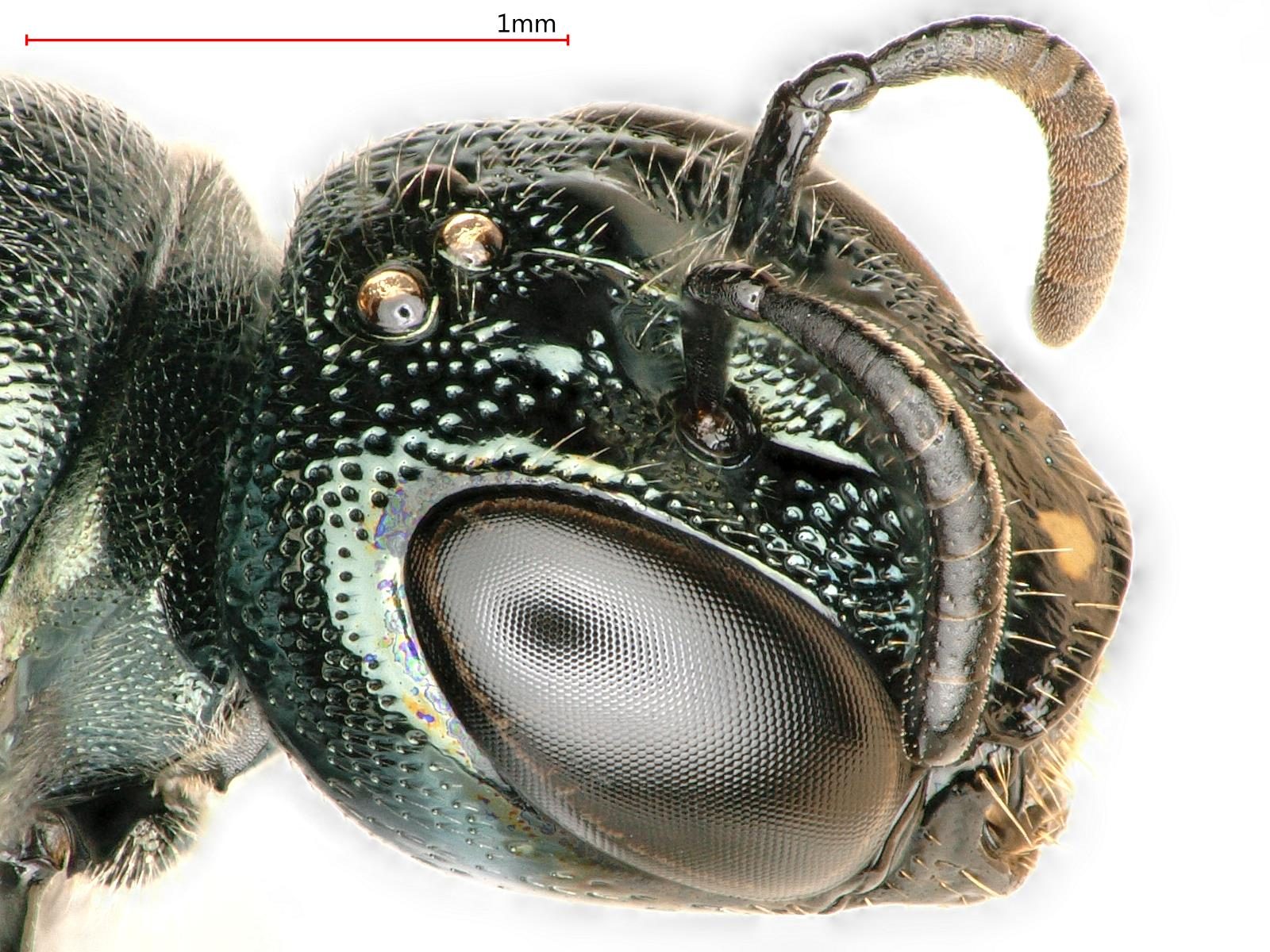 Brock University master's student Jessie deHaan’s photograph of a bee’s eye was one of 20 images shortlisted in an NSERC photo competition.

A Brock student’s photograph of a bee’s eye has turned out to be the bee’s knees to judges in a national contest.

Jessie deHaan’s photograph of a bee’s eye has been shortlisted in a national photo competition hosted by the Natural Sciences and Engineering Research Council of Canada (NSERC).

The Brock University master’s student and 19 other researchers are vying for the 2020 People’s Choice Award in the Science Exposed competition. Public voting to determine the winner is now open on the Science Exposed website and continues until Sept. 13. There are also jury prizes to be won.

The 20 photos are displayed in a slideshow, where a ‘vote for this image’ button can be found.

The competition showcases images taken during scientific research being conducted in all fields by faculty and student researchers in post-secondary institutions, as well as researchers in public and private research centres. 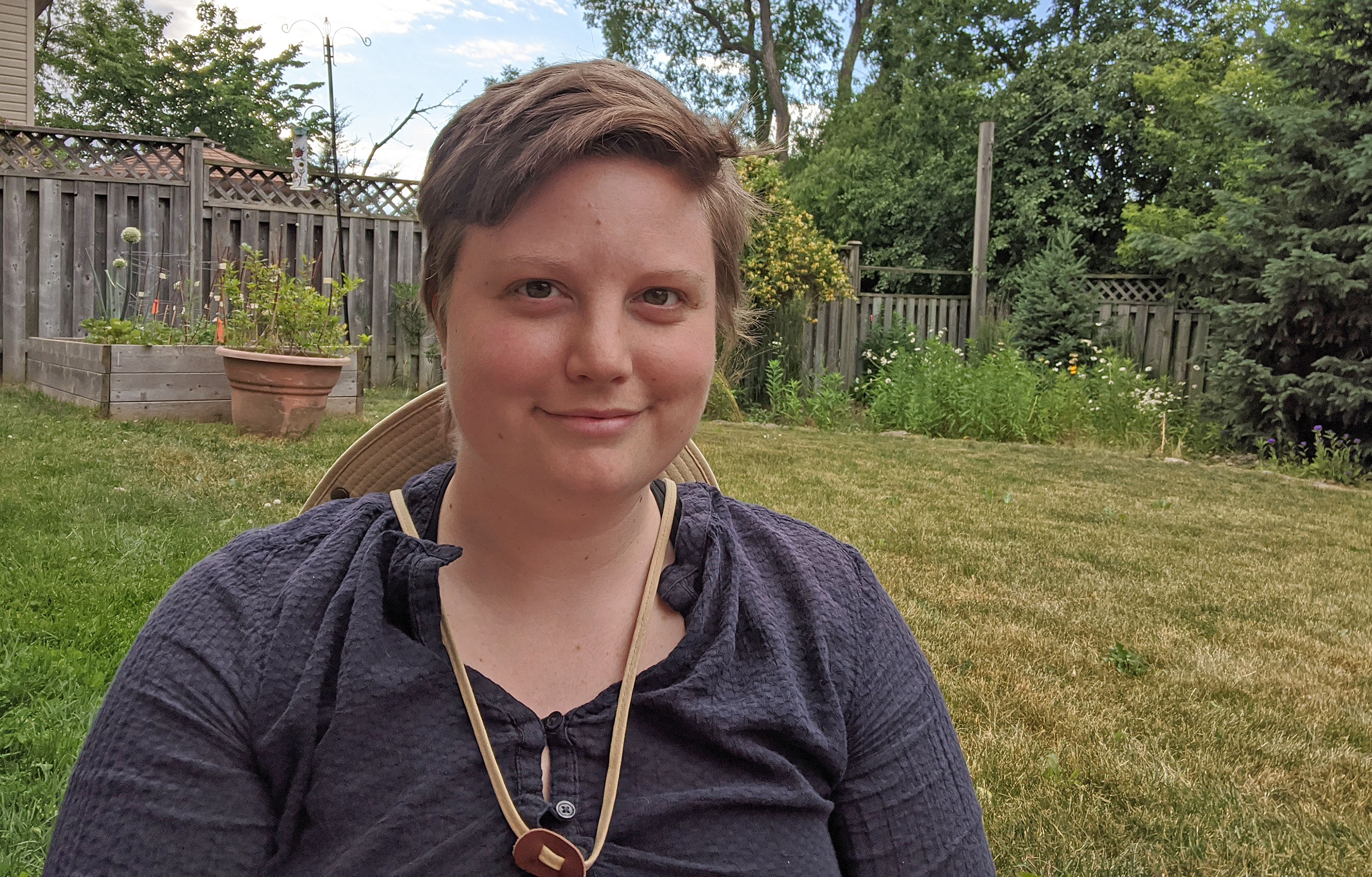 “When I applied for the competition in December, we had just got this new microscope, which takes really cool pictures,” deHaan says. “I had started this idea of measuring the eye size of the bees. I saw on Twitter that NSERC was having this photo competition and I said, ‘perfect, these are great photos.’”

deHaan’s photo, titled “Beauty is in the eye of the bee,” is an image of a small bee native to North America called Ceratina calcarata.

Evident on the photo of the female bee’s head are the insect’s compound eyes, simple eyes — called ocelli — on top of the bee’s head, and sensory hairs on the face and antennae.

“What I like about this picture is that Jessie is giving us an incredibly detailed glimpse of a very common, but tiny bee that almost everyone has in their garden but never really notices,” says Brock Professor of Biology Miriam Richards, deHaan’s supervisor.

“It reminds us that we are surrounded by fantastic creatures, if only we know how to look for them,” says Richards, adding that the microscope deHaan used to take the photo and conduct her research was purchased through contributions from Brock researchers and administrators. “I am grateful for that spirit of generosity and cooperation.”

She’s testing a theory called the temperature-size rule, which says insects raised in cooler temperatures grow to be larger than those reared in warm conditions.

Environmental temperatures influence the development of insects’ bodies, as they are unable to regulate their own body temperature.

“By measuring the width of the bee’s head and the size of the units of its compound eye, the ommatidia, we can determine whether C. calcarata conforms to the temperature-size rule,” says deHaan.

The research raises many questions about the impacts that climate change will have on bees’ growth and whether the bees are able to survive, especially if they can’t adapt, says deHaan.

“How will climate change impact the bees’ overall size, because their size has implications for how many offspring they can have or how big their own offspring are,” she says. “Are we going to see smaller bees from now on? How will they behaviourally or physiologically compensate for a hotter environment?”

“Jessie’s spectacular photo helps to connect the public’s increasing interest in bees with the science of their role in our natural environment,” says Brock Vice-President, Research Tim Kenyon. “The fact that our student’s photograph is among the stunning images of scientific research is testament both to her remarkable talent and to the research mentorship she received from Brock University faculty.”

NSERC is Canada’s federal funding agency for university-based research, supporting faculty and students through a number of awards. In the most recent round, Brock University was awarded $2.5 million in NSERC funding including graduate student awards.