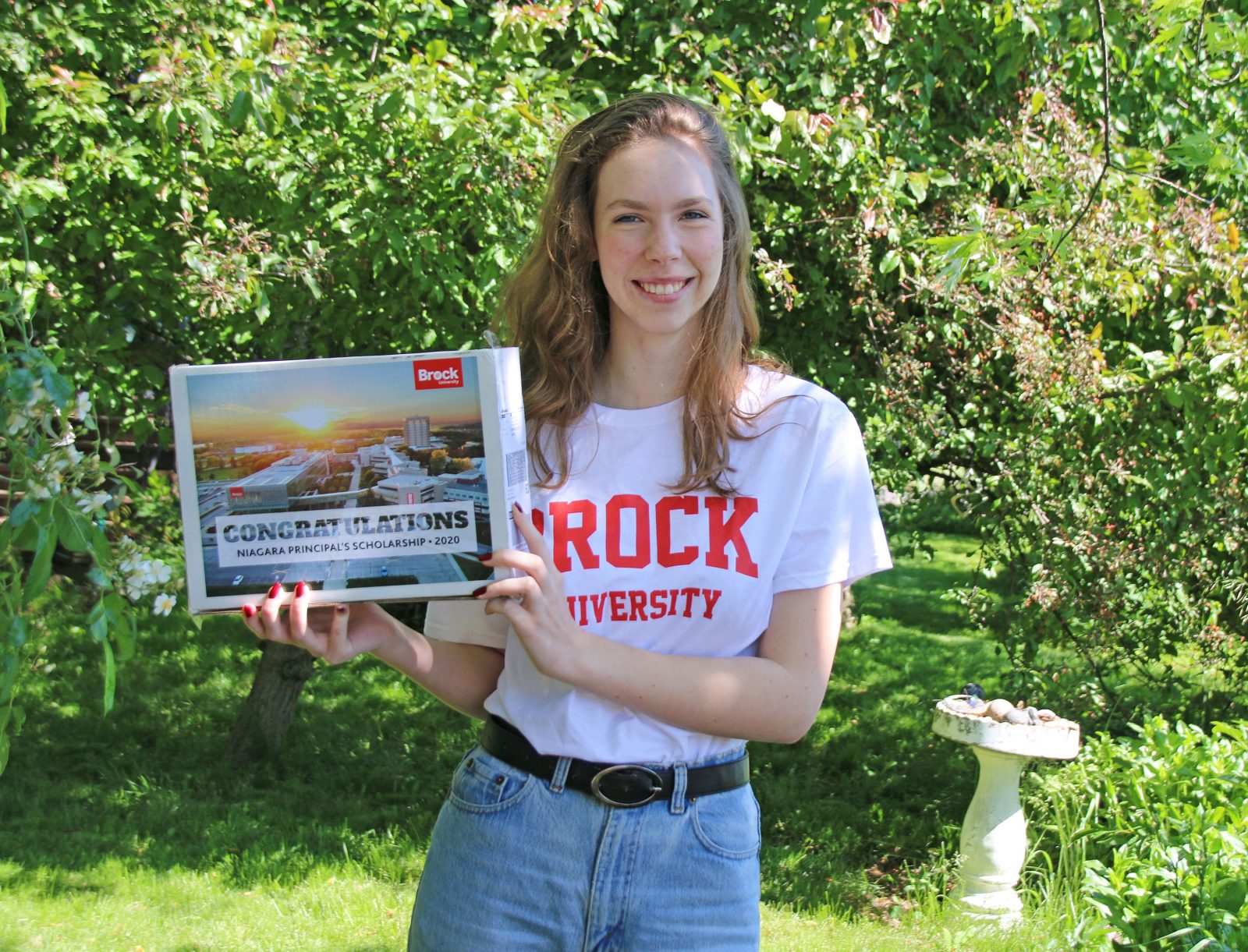 Izzy Saranchuk, a Grade 12 student from Beamsville Secondary School, is entering her first year as a Studio Art student at Brock University this fall. She is one of nearly 60 incoming students who have been offered the prestigious Niagara Principal’s Scholarship.

For the sixth-consecutive year, Brock University celebrated 59 local students and future leaders by awarding the Niagara Principal’s Scholarships to two students from nearly every public, Catholic and private secondary school in the region.

The annual scholarships are given to students who demonstrate outstanding academic achievement and commitment to school and community. Each post-secondary principal may nominate up to five candidates, of which two are selected annually. The value of each award is $2,500. Since its inception, more than $830,000 in Niagara Principal’s Scholarship funding has been offered by Brock.

“Brock University is proud to continue the longstanding commitment to supporting and recognizing student excellence,” says Brock President Gervan Fearon. “Since the Niagara Principal’s Scholarship was launched in 2015, we have celebrated the success of students across the Niagara region who have chosen to pursue their post-secondary education at Brock.

“We are excited to see the variety of ways these students will contribute to the local community and the University. At Brock, we know we are a part of nurturing and fostering the future leaders of our region, country and world, and students receiving these scholarships are a big part of it, too.”

While the annual cohort of recipients are traditionally celebrated during a ceremony in the spring, the Campus Initiatives team in the Registrar’s Office got creative this year as physical distancing measures are in place due to COVID-19.

“This year’s recipients were recognized for their achievements by receiving a package in the mail that had their award and Brock swag in it,” says Recruitment Officer, Campus Initiatives Carly Dugo. “Later this summer, each recipient, along with their families and high school representatives, will be invited to a virtual awards recognition event to celebrate their achievements and meet other leaders from the Brock community.”

Despite necessary changes being made to the format in which recipients are recognized, Geraldine Jones, University Registrar and Associate Vice-President, Enrolment Services, says this doesn’t mean the celebrations are any less exciting.

“While it may have taken a different form this year, I am proud and excited that we were able to continue the tradition of celebrating the success of high achieving Niagara students who have chosen to study at Brock in the fall,” says Jones.

The 2020-21 cohort of Niagara Principal’s Scholarships recipients include: