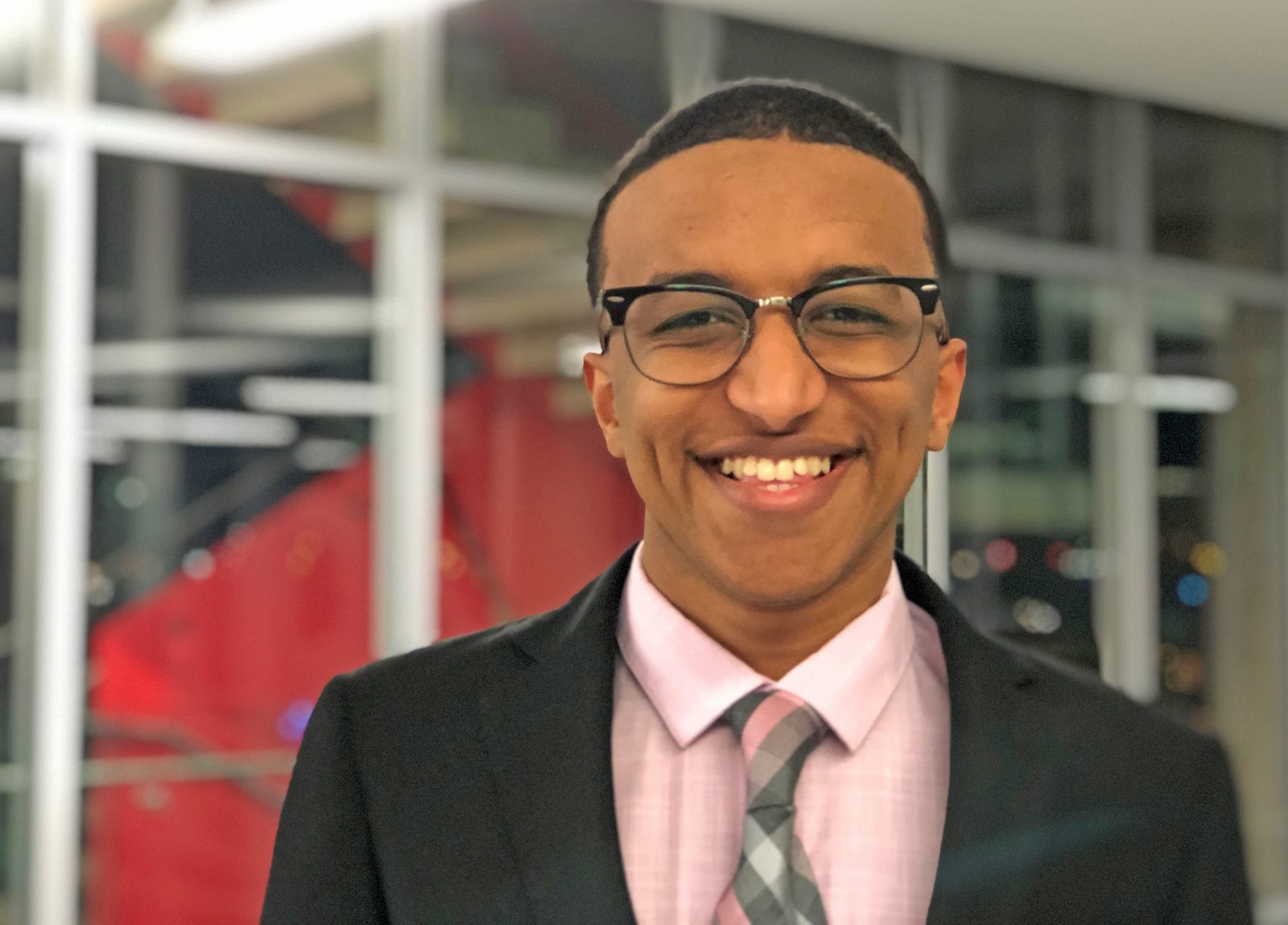 Medical Sciences graduate Ahmed Bagit started a free, contactless delivery service for those in Niagara who may be struggling during the COVID-19 pandemic.

As a child growing up in Saudi Arabia, Ahmed Bagit has early memories of his father buying groceries and taking him to under-privileged neighbourhoods to distribute food. Now, the Brock University Health Sciences grad is following in those footsteps to help Niagara residents who may be struggling to pay for food.

As the COVID-19 pandemic was escalating in early March, Bagit took it upon himself to learn more about how the disease impacts those at risk. What he learned motivated him to begin making plans to support those who would be disproportionately affected. It resulted in him launching a free delivery service of pre-paid groceries and finding ways to finance food for those in need during Ramadan.

“My parents instilled in me, no matter what position you are in life, you need to give back,” Bagit says. “Even during the times when our family would have been considered under-privileged ourselves, my parents were always giving back to our community.”

A regular attendee of the Masjid Al Noor mosque in St. Catharines, Bagit is aware that food insecurity is an issue for local Muslims, the elderly and those with health challenges. 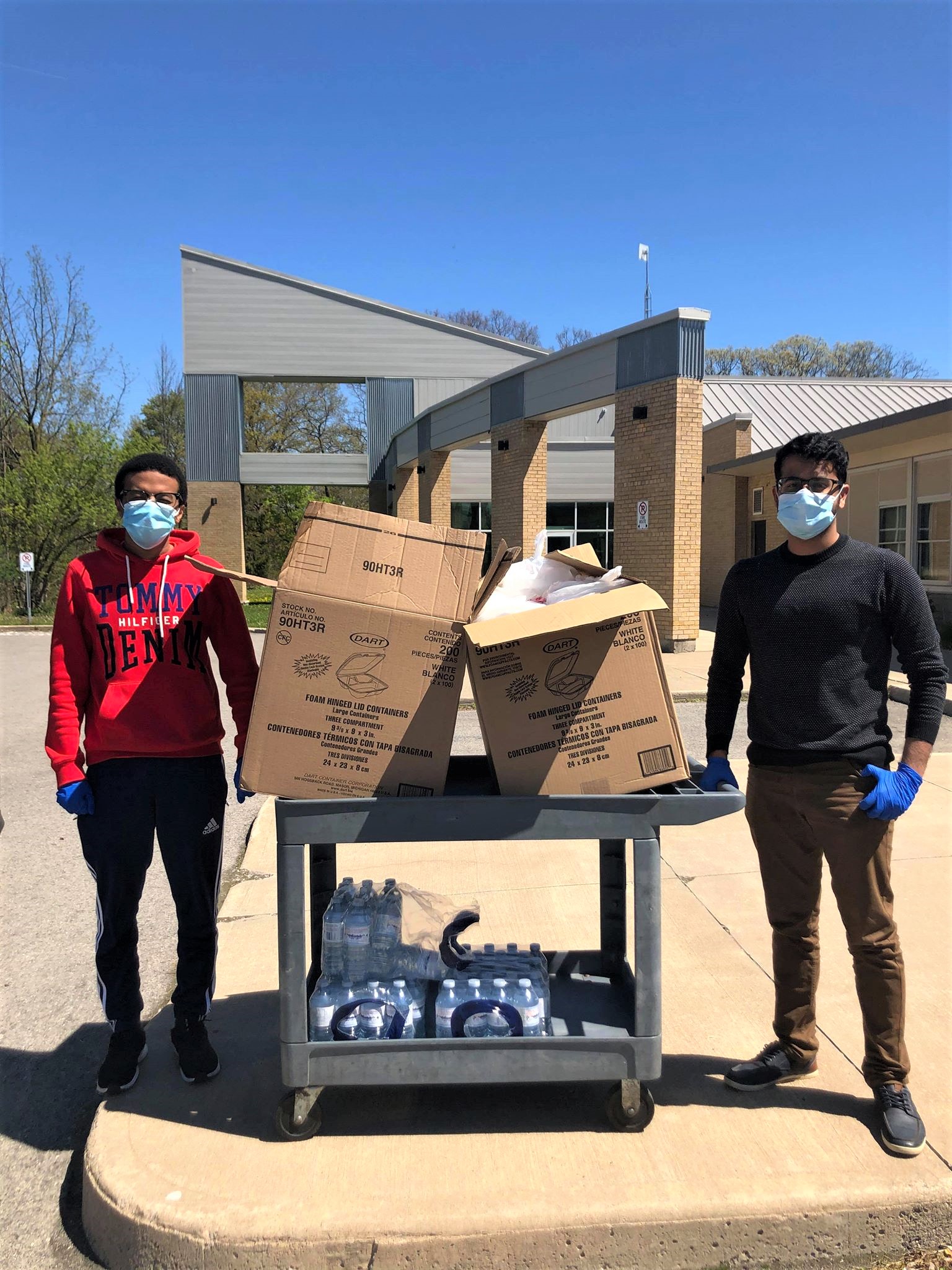 Medical Sciences graduates Ahmed Bagit and Aashir Siddique prepare to deliver meals to individuals observing Ramadan which took place Apr 23 to May 23 of this year.

“I still live at home with my family. When we went grocery shopping, I began to notice lines getting longer and people having difficulty accessing food,” he says. “This is when I came up with the idea of a volunteer food delivery service that doesn’t put the driver or the client in a risky position.”

Recognizing that food delivery costs can eat into an already limited food budget, Bagit, along with Hanan Awadh, a medical devices technologist at the Niagara Health St. Catharines hospital, Aashir Siddique another Brock Medical Sciences Class of 2020 graduate and others, began recruiting volunteer drivers and reaching out to vulnerable individuals.

As word of the grassroots, community-based initiative got out, donations started coming in and volunteers increased to 30 drivers, half of which are Brock students or alumni. The initiative culminated during Ramadan, where Muslims fast every day from dawn to sunset.

“Normally, our mosque would hold daily food programs so individuals can break their fast,” Bagit says. “The pandemic cancelled these programs so many were being left to go without.”

In response, donation collections were taken up to provide meals to families and those in need during Ramadan from Apr 23 to May 23.

With funds raised and a partnership with Penny Appeal Canada, a relief and development organization which has organized other similar campaigns across the country under the Canadian Muslim Response Network, Bagit was able to negotiate a reduced rate at a local restaurant to broaden their reach.

“We provided 600 meals during Ramadan and an additional 200 meals to individuals accessing services at Start Me Up Niagara and Southridge Shelter,” Bagit says. “Our mosque is a community of people from all ethnicities and backgrounds. I am thankful we were able to support the families who were struggling.” 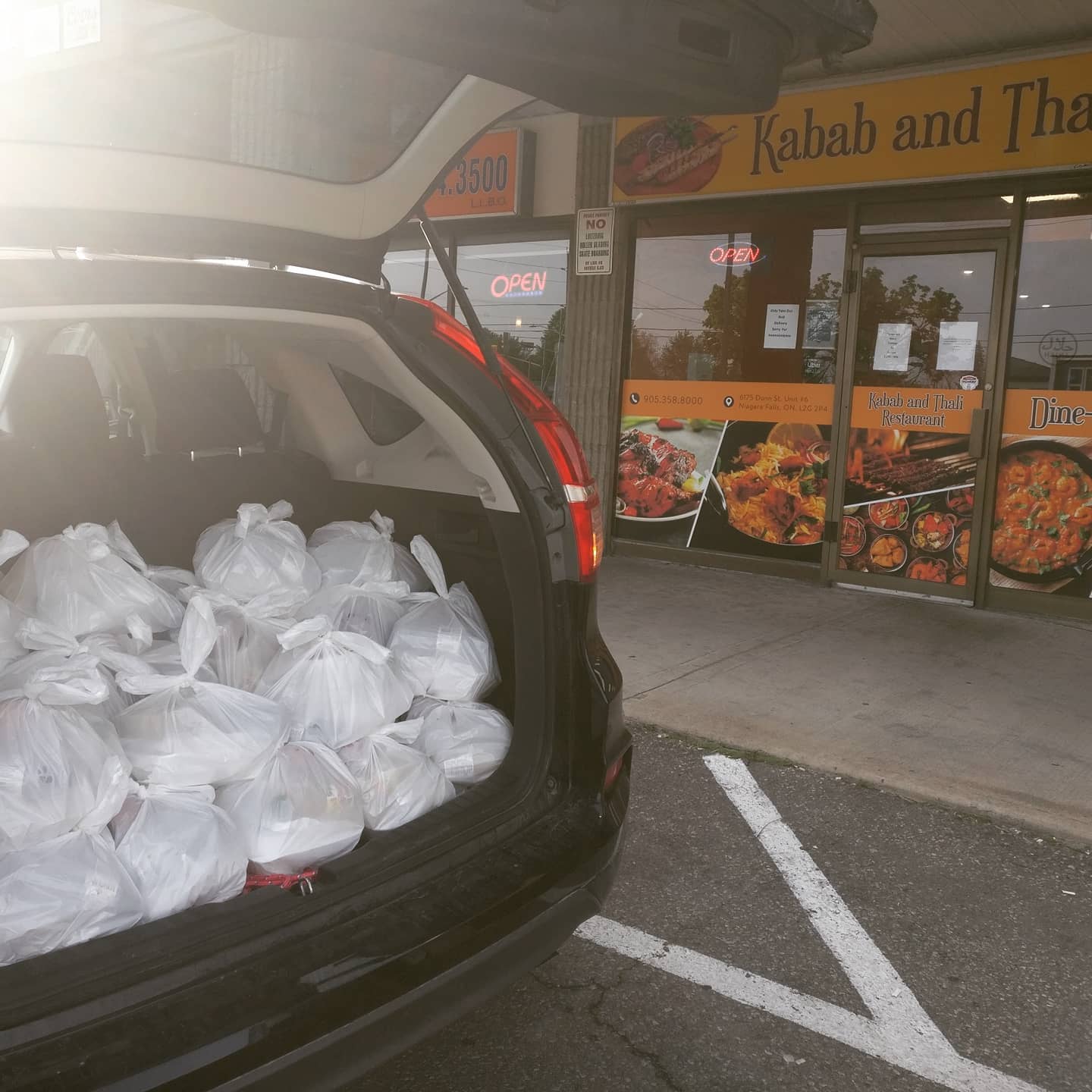 Meals from a restaurant in Niagara Falls are loaded into a car for donation to families across the Niagara region in need.

Bagit, of Sudanese decent, self-identifies as a visible minority and says the need to help others is magnified now with everything happening in the world around the Black Live Matters movement.

“Being of black and Muslim intersectionality, I can see from a variety of perspectives the range of struggles people are faced with,” he says. “During my time at Brock, influenced by what I was learning in the classroom, I also volunteered for Positive Living Niagara and the Alzheimer Society of Niagara Region which deepened my understanding.”

While Bagit gives credit to his mother for encouraging him to volunteer in Grades 11 and 12 as an Arabic language tutor in Niagara when his family first moved here, it was his undergraduate experience at Brock that nurtured his interest in medicine and motivated his community advocacy work.

“It was my mother who really set me on the path to volunteerism by suggesting I teach children who attend English schools, their native language,” Bagit says. “At the same time, I am also grateful to Health Sciences Assistant Professor Rebecca MacPherson for providing me with the opportunity to conduct research in her lab and volunteer in the anatomy lab.”

These opportunities led Bagit to do a fourth-year thesis project with MacPherson and the chance to present his Alzheimer’s research on ‘Metabolic pathways that lead to disease and what factors can reduce exacerbated elements of disease’ at the Ontario Exercise Physiology Conference last February.

“As a recent immigrant to Canada, I am so grateful for all of these experiences,” Bagit says. “I don’t see that I would have been afforded these opportunities elsewhere.”

For now, Bagit plans to continue the free delivery service of groceries, medications and necessary items. He is hoping others will be inspired by his initiative to give back.

After receiving his Medical Sciences degree on Friday, June 19, Bagit is still deciding which graduate studies opportunity he will accept for next year.

For more information on the free, no-contact delivery services, available to all individuals in need in Niagara, regardless of background or religious affiliation or to become a volunteer visit CMRN–Niagara on Facebook or Instagram.