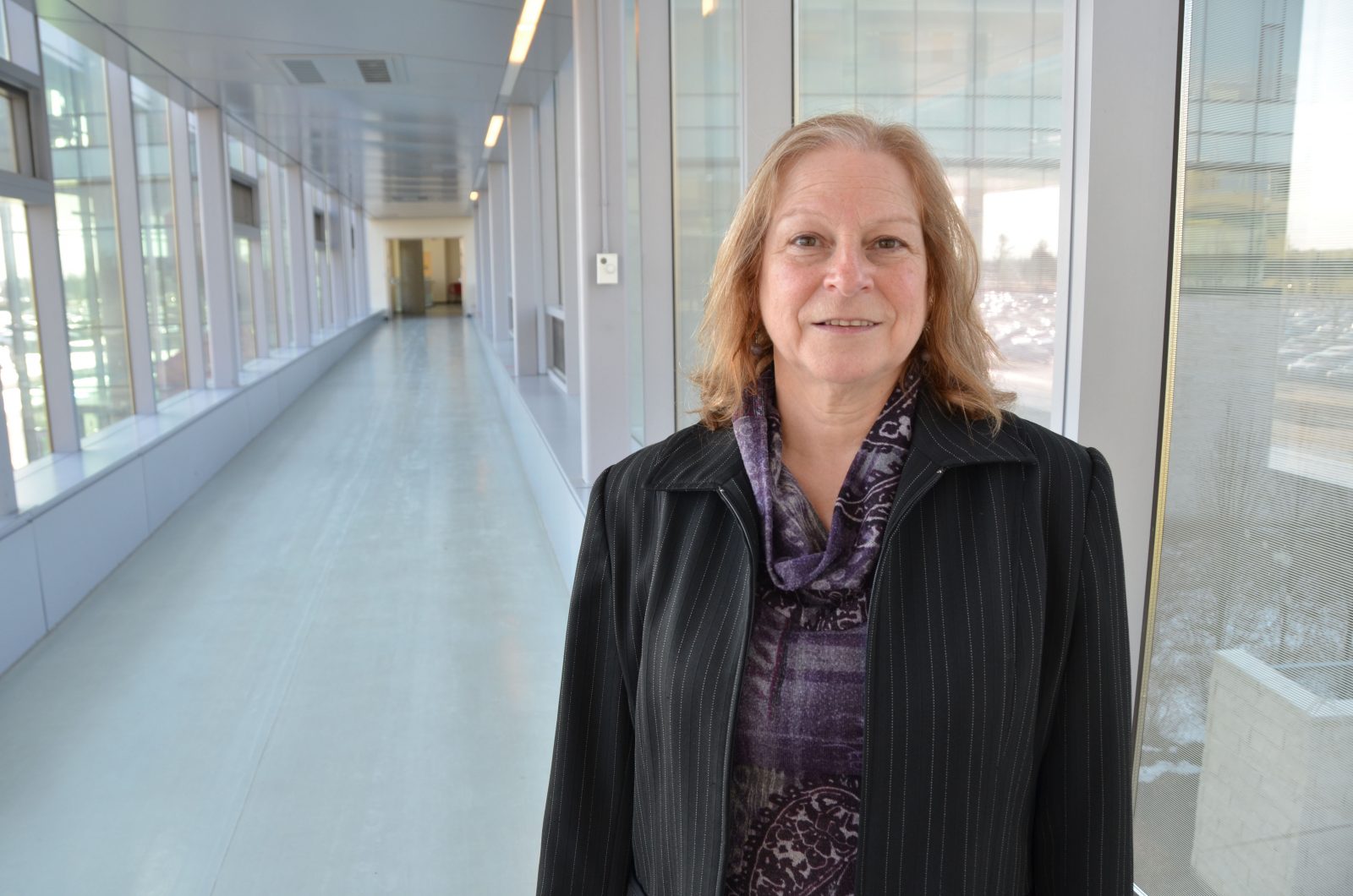 Professor of Biology and UNESCO Chair on Community Sustainability Liette Vasseur is heading up an international transdisciplinary team that is researching new ways of thinking about how humans interact with non-humans and the natural environment. Funding for the project is coming from the federal government's New Frontiers in Research Fund – Exploration grant.

Clear, blue skies that used to be grey and smoggy; jellyfish and other marine life swimming in in the canals of Venice; significant reductions in carbon emissions from countries around the world. Liette Vasseur is hoping that these and other dramatic changes in the wake of COVID-19 lockdowns will stick in peoples’ minds long after restrictions are eased.

With federal government funding, Vasseur, Professor of Biology and UNESCO Chair on Community Sustainability, is co-leading a transdisciplinary team that is researching new ways of thinking about how humans interact with non-humans and the natural environment so that all can prosper together, and plans on how this can move forward.

The international team is also planning to hold events when it is safe to do so to engage and exchange ideas with the public about the need for such transformative thinking and action.

“We realize that the current neo-liberal capitalist system is not working,” says Vasseur. “We cannot continue to think that we can pursue infinite economic growth when we have a finite planet, and that’s the main challenge: How do we deal with that?”

Although the research team came up with their plans and proposal long before the appearance of COVID-19, their recently-announced New Frontiers in Research Fund – Exploration grant, “Beyond Sustainability: radical transformation through system thinking,” is particularly timely, says Vice President, Research Tim Kenyon.

“We urgently need to re-conceptualize and transform our relationships with one another, non-humans and natural environments,” says Kenyon. “The economic growth of human societies should not come at the expense of nature. Receiving this very prestigious grant bears testament to the importance of the research.”

Scientists have long documented how industrial production, mining and agricultural practices such as pesticide use are among activities that generate air and water pollution and affect human health.

These, in turn, result in increases in carbon dioxide and other greenhouse gasses that trigger a host of negative impacts, such as a rise in overall temperatures worldwide, expanding ocean levels due to the melting of icecaps, destruction of coral reefs and increases in extreme weather events, including droughts and flooding, among other impacts.

Other human activities, such as urbanization and tourism, have resulted in the displacement and destruction of many animal and plant species.

“We have to change the way that we are doing business; we cannot go on this way,” says Vasseur. “This way of life is not sustainable.”

Professor of Philosophy Christine Daigle, who is co-leading the research team, stresses the need for people to think “differently about themselves and the world.”

“The Western Humanist understanding of the human and its relation to others is the driver for this unsustainable way of life,” she says. “This worldview posits the human as exceptional. It gives humans dominion over the natural world, therefore giving them the right to exploit natural resources and nonhuman animals as they wish.”

Daigle and Vasseur say the heart of this transformation lies in “systems thinking,” a holistic look at how all components of a system interrelate with one another.

“Systems thinking is when we start looking at the full picture, that we don’t put everything in silos as we currently do,” says Vasseur.

For instance, using pesticides may protect a certain crop from an insect, but the pesticide will also degrade soil and enter lakes and rivers through runoff, which in turn will affect the health of fish in that water system and the humans and animals who eat that fish or may drink from that water.

“The diversity of our team will allow us to reconceptualize humans and their relations appropriately and embrace a worldview that genuinely reflects our entanglement in nature,” says Vasseur.

By the conclusion of the two-year research program, the team aims to have in place an international “think tank” that will continue the research and implementation of the systems thinking approach in which humans, non-humans and the natural environment can all thrive together without any being taking precedence over others.

“The ultimate goal is to develop large scale projects in the future where such a novel path can be tested,” says Vasseur.

The federal government’s New Frontiers in Research Fund (NFRF), housed within the Social Sciences and Humanities Research Council of Canada, has started investing $275 million for five years in 2018-19 to fund international, interdisciplinary, fast-breaking and high-risk research.

The exploration stream supports “high risk, high reward and interdisciplinary research” which “seeks to inspire projects that bring disciplines together beyond traditional disciplinary or common interdisciplinary approaches by research teams with the capacity to explore something new that might fail, but has the potential for significant impact.”