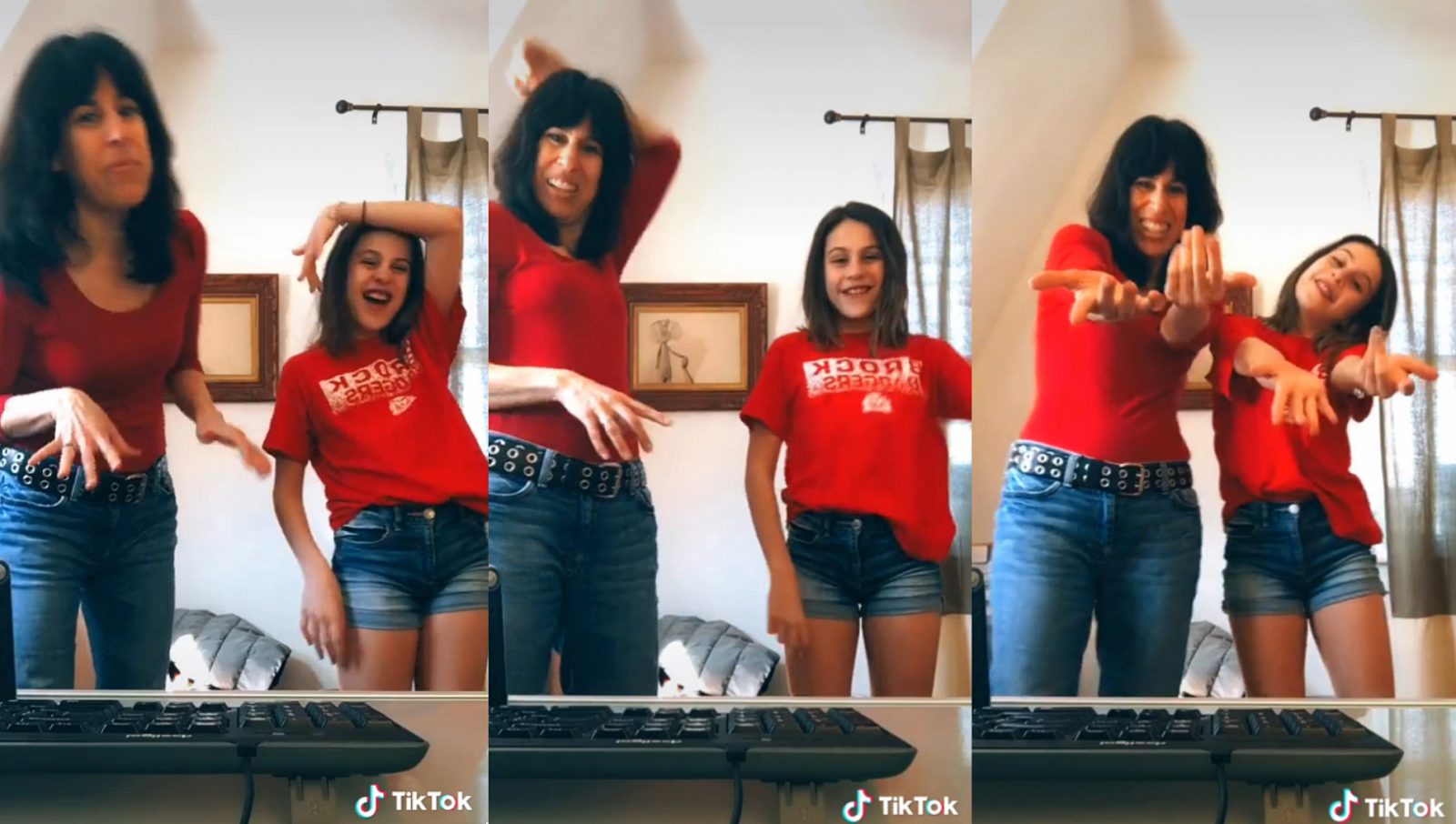 Brock University Associate Professor of Child and Youth Studies Shauna Pomerantz (left) and her daughter, Miriam Field, are both consuming and producing TikTok content for an ongoing research project.

Not long before COVID-19 closed down schools and sent families into social isolation, Brock University Associate Professor Shauna Pomerantz set to work on a new project to learn what makes her 11-year-old daughter tick — or, more specifically — what makes her TikTok.

After observing her daughter’s extensive creativity and perseverance in producing TikTok videos, Pomerantz, Associate Professor and Graduate Program Director in the Department of Child and Youth Studies, began to wonder if there might be something worth exploring in the platform other than, as she describes it, the “backdrop of surveillance and fear surrounding kids’ lives online.”

“Miriam and I began co-researching TikTok to offer a counter-narrative that shows its inventive, generative and formative force,” says Pomerantz. “What we hope to offer is a deep understanding of youth cultures by highlighting what TikTok can do as an artistic and imaginative forum for young people’s expression.”

Though the project was already underway when the province declared a state of emergency, Pomerantz notes that current concerns over kids, screen time and productive learning during the COVID-19 crisis might also be informed by this research.

“I think our study will speak to this context by showcasing TikTok as a different kind of learning that has value,” she says. “It’s escapism, yes, but also engagement in the creative process, production, interconnection with friends and an online community, cultural literacy, and the cultivation of one’s own taste and style.”

Field doesn’t think parents truly understand how important TikTok can be to kids.

“If they take the time to learn what their kids are doing, they might actually see that TikTok isn’t a bad influence and they might see that it helps them a lot, especially during this isolation period,” Field says.

If co-researching with a school-age child sounds unusual, that’s because it is. But Pomerantz suspected that it would be best to enlist a young expert if she was going to delve into the vast and growing world of TikTok. She put in extra work to gain clearance from Brock’s Research Ethics Board, believing that the result of pursuing the study with Field as a collaborator could be truly innovative.

Their research partnership has yielded rich and often unexpected results.

“Miriam feels comfortable to say ‘no,’ to ignore me, to assert her own voice, to laugh at me, to decentre my adult-researcher power and to shift the direction of the conversation,” Pomerantz says of her working relationship with her daughter. “The amazing moments we’ve had would not have been possible with unknown participants.”

Pomerantz describes the study as a “post-qualitative” exploration.

She says post-qualitative research “suggests that you cannot follow a recipe or formula for collecting data but should, instead, feel out the moment and engage radical new approaches.”

Working with her daughter has created several novel opportunities — both for discovery and for laughter, as Pomerantz tried to learn a few popular dance routines from Field so they could perform them together for the TikTok world to see.

Once their study is complete, Pomerantz and Field will share their research in a chapter of the upcoming Routledge anthology, Visual and Cultural Identity Constructs of Global Youth: Situated, Embodied and Performed Ways of Being, Engaging and Belonging, edited by Fiona Blaikie, Professor in Brock’s Department of Educational Studies.

But for now, in the unusual circumstances of the provincial shutdown, it has an added advantage of giving Pomerantz and Field a welcome focus during difficult times.

“While the project wasn’t born of COVID-19, this unprecedented context has made doing research with my daughter feel so much more meaningful,” says Pomerantz. “Every time we make a video, we forget about what is going on in the world and just laugh and laugh. I am so grateful for the opportunity to spend time with Miriam in this way, and I think we are both thankful for the distraction.”

Field has enjoyed her role as co-researcher and the opportunity to help parents get a better sense of how young people interact with the platform.

“If you’re a parent, maybe you should take the time to ask your kid to make a TikTok with them,” she says. “It’s very good content for their TikTok accounts and it’s really fun to see your kid’s world up close.”