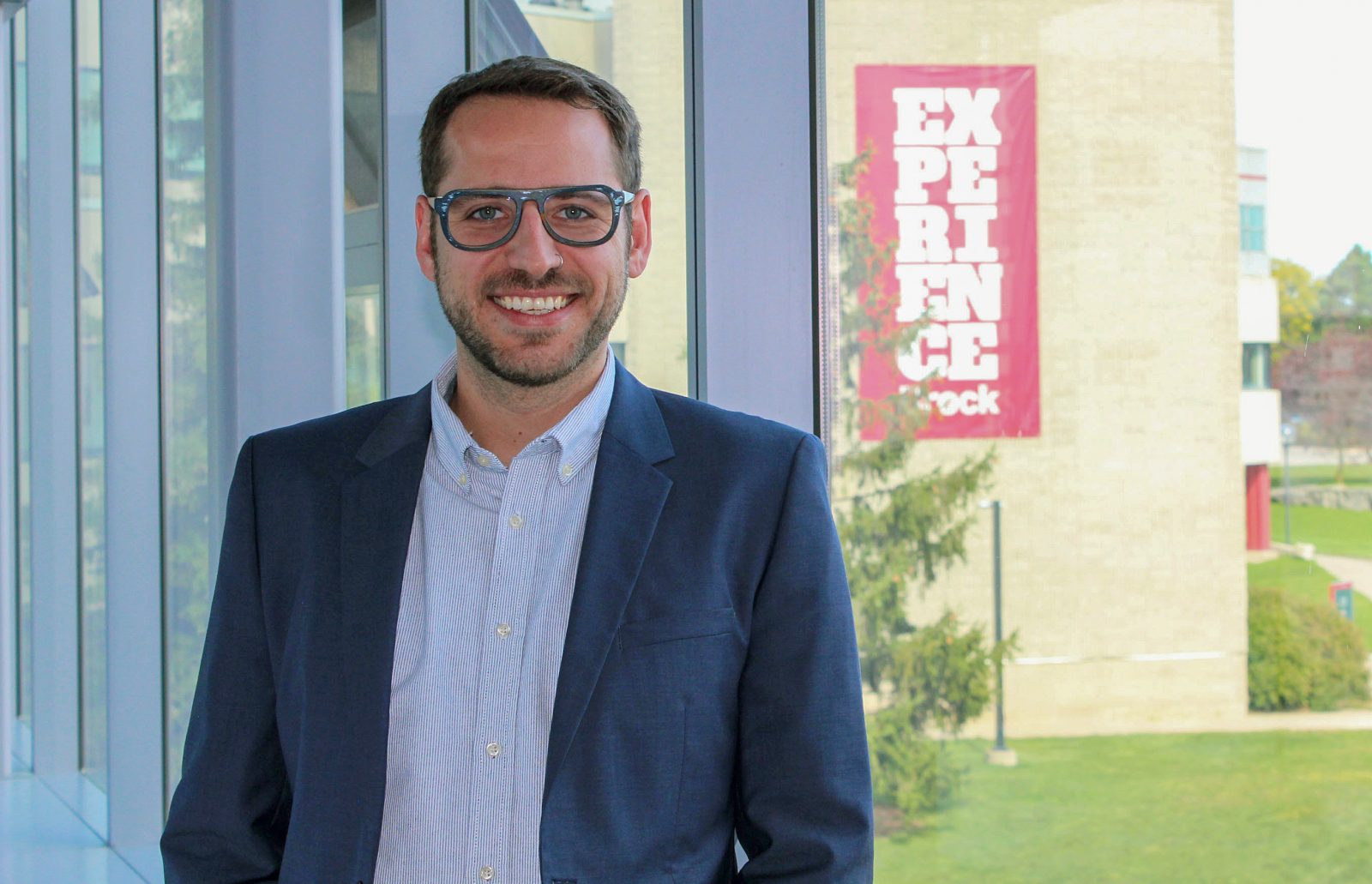 The recent legalization of cannabis by the Canadian federal government has placed Canada and its researchers at the forefront of the global cannabis research community. Jonathan Simone (BSc ’13, PhD ’18), a graduate from the Faculty of Mathematics and Science, is proud to be among them.

While his focus has largely been on the neurobiological and physiological actions of cannabinoids, he says he’s fascinated with the field in general, from the plant all the way through to the patient.

He first found his passion and became interested in the pharmacological effects of medicinal plants while studying Horticulture at Thompson Rivers University in Kamloops, British Columbia, before studying neuroscience at Brock University.

During his time at the University, he studied under Professor Cheryl McCormick, Associate Dean of Research and Graduate Studies, with the goal of better understanding the system in the brain that cannabis acts on, known as the endocannabinoid system.

“The research facilities here at Brock are world-class, and having the ability to collaborate with so many amazing scientists and on such a variety of projects has been incredible,” he says.

Simone’s passion for advancing cannabis and cannabinoid science has led to his recent appointment as Adjunct Professor in both the Centre for Neuroscience and the Department of Biological Sciences at Brock.

The body of research Simone is helping amass provides valuable insights into the role of the endocannabinoid system in neurodevelopment and in the regulation of emotion and cognition, providing a framework for the development of cannabis-based therapies for the treatment of mental health disorders.

In his role at Aphria, Simone oversees research that furthers our current understanding of the endocannabinoid system and the medical applications of cannabis and its various derivatives.

“The better we understand the endocannabinoid system and how it interacts with the various components of the cannabis plant, the better we will be as an industry and research community at developing effective cannabis-based therapies, and ultimately, ensuring that patients across Canada and around the world have access to the highest quality medical cannabis products,” says Simone.

While his days are largely divided between Aphria’s labs and industry travel, Simone devotes much of his free time to Brock, co-supervising graduate students, sitting on graduate committees and having taught a third year behavioural neuroscience class.

“Beyond all the exciting research I get to do here at Brock, one of the biggest perks is the ability to mentor the next generation of cannabis scientists,” he says. “Seeing their enthusiasm and passion for the field is truly inspiring.”