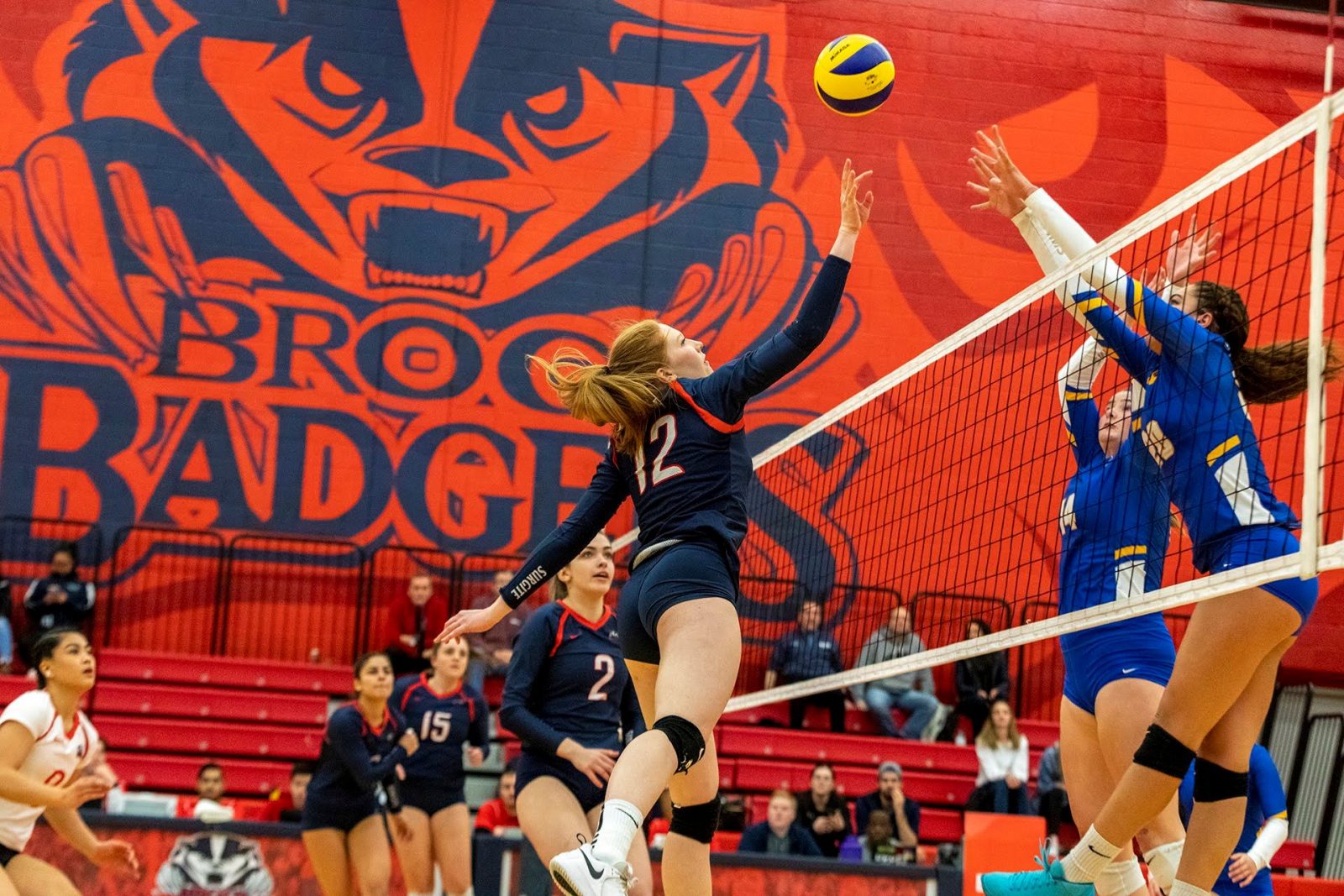 Darby Taylor, who finished second on the Badgers with 2.84 kills per set, and the Brock women’s volleyball team compete in their first U SPORTS championships in Calgary on Friday.

NOTE: U SPORTS announced early Friday morning that the Women’s Volleyball Championships in Calgary have been cancelled. No games had been played before the tournament got started, and all teams, including the Brock Badgers, are now sorting out travel plans to head home.

The Brock Badgers will open the U SPORTS Women’s Volleyball Championships against a familiar opponent, the Toronto Varsity Blues, in the quarter-finals at the University of Calgary on Friday, March 13 at 3 p.m. Eastern.

It’s the Badgers’ first trip to the U SPORTS Championships in program history, ranking seventh heading into the tournament.

“This is going to be a great experience,” said OUA West Coach of the Year Steve Delaney. “We fought hard for this. We made a statement at the beginning of the year that we wanted to win the OUA West, win an OUA medal and go to nationals. We’ve done all of that. Now, we have a new statement to make.”

Delaney’s roster compiled an impressive 14-5 record in the regular season thanks in part to an attack that was often too difficult for opponents to overcome. The Badgers, who were rated in the national rankings all season, were first in the OUA in both kills per set (12.11) and assists per set (11.59), while also finishing second in both hitting percentage (.227) and in total assists (823).

One of the roster standouts in the regular season was veteran left side and OUA First Team All-Star Laura Condotta. Condotta ranked second in the conference in kills per set with 257. Her teammate, fourth-year setter and OUA Second Team All-Star Emily Armstrong, led the conference in assists per set (9.11). While Condotta and Armstrong showed the poise expected from battle-tested players, rookie libero Aleiah Torres led the way in digs with 182 (tied for 12th in the OUA) and was named to the OUA all-rookie team.

Brock’s offence also consists of senior right side and OUA Second Team All-Star Darby Taylor, who finished second on the team with 2.84 kills per set, and third-year middle Grace Pyatt, who tallied 1.86 kills per set.

The Badgers took down the York Lions in straight sets in the quarterfinals before beating the Guelph Gryphons to qualify for their first national championship. They then fell to the Varsity Blues in the OUA title match.

The U SPORTS quarter-final game will be broadcast on television screens in Brock’s Guernsey Market, Hungry Badger and Walker Sports Complex, and is being livestreamed on USPORTS.Live. Visit their website for subscription options.