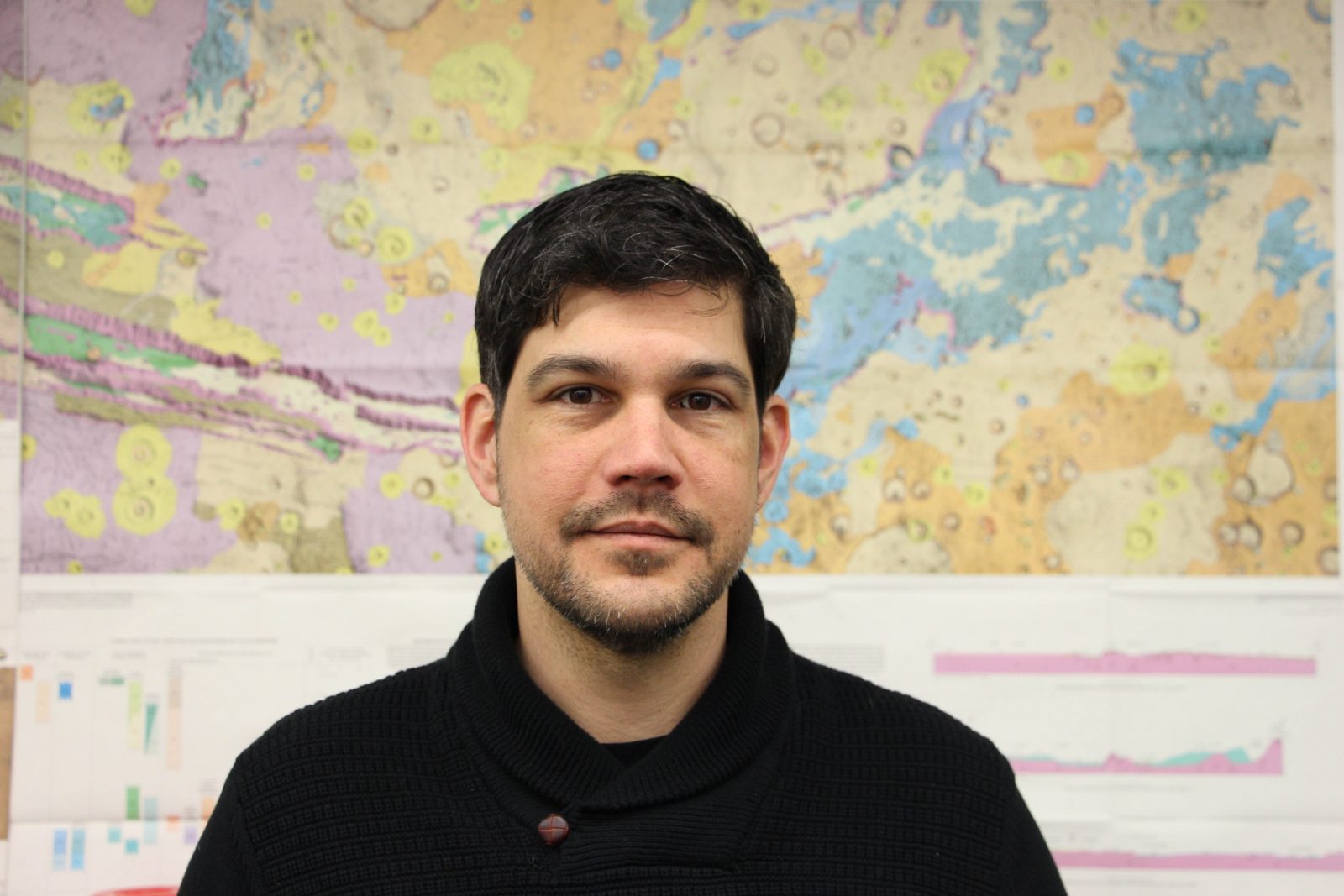 Jason Pentesco, an Earth Sciences masters student, has a prediction for where to look for life on Mars.

Finding life on Mars would be a dream discovery for any scientist.

Understanding the history of the Red Planet and whether or not life existed there is a challenge that has consumed countless hours of scientific pursuit around the world, including at Brock University.

Justin Pentesco, a masters student in the Faculty of Mathematics and Science, has a prediction for where to look for life on Mars.

He recently defended his master’s thesis in Earth Sciences discussing ichnofossils in volcanic glass. His type of ichnofossils are microscopic tunnels in the glass, left by some of the earliest life on Earth. It’s similar to studying termite holes in wood to understand the terminate itself, as there is no fossil record of the organism to view.

The organisms that left the tunnels are euendoliths, which live in the interior of rock. They like hot temperatures and “eat” chemicals to create energy, which means they eat their way through rock. Their path is the evidence Pentesco studies.

In his thesis, he suggests scientists look for areas where volcanos erupted into a water source like a standing lake. As the hot material cools into the water, it can form a sustainable environment for these organisms. Long ago on Earth at a place called Upsal Hogback in what we now know as western Navada, these conditions were forming.

Pentesco travelled to Upsal Hogbak to study the formations and look for monogenetic tuffs where lava cooled into water to produce a uniform environment.

“We believe this location meets the timescale and environment for his specific euendoliths to have lived,” he says.

The next step is to locate a spot on Mars where the same conditions may have lead to a similar type or organism to occur. The Mars 2020 landing site in Jezero Crater may offer Pentesco the opportunity to find euendolith traces within the crater’s rock face going back millions of year.

“The goal of this mission will be to look for possible biosignatures and evidence of past life, as well as to collect samples for eventual return to Earth,” said Earth Sciences Professor Mariek Schmidt, who was Pentesco’s supervisor. “Justin’s descriptions of the mineralogy and constraints on the subsurface fluid conditions and paleo lake levels at a similar site on Earth might prove very useful for meeting this goal.”

If similar tunnels are found, it could be a step closer to determining if life did at one time exist on Mars. Discovery that ancient microscopic life existed could lead to a host of new advancements in martian life and help tell the tale of what happened in history to end this potential life of Mars.

Finding ancient life would be one small step for Mars research, yet one giant leap for humankind.