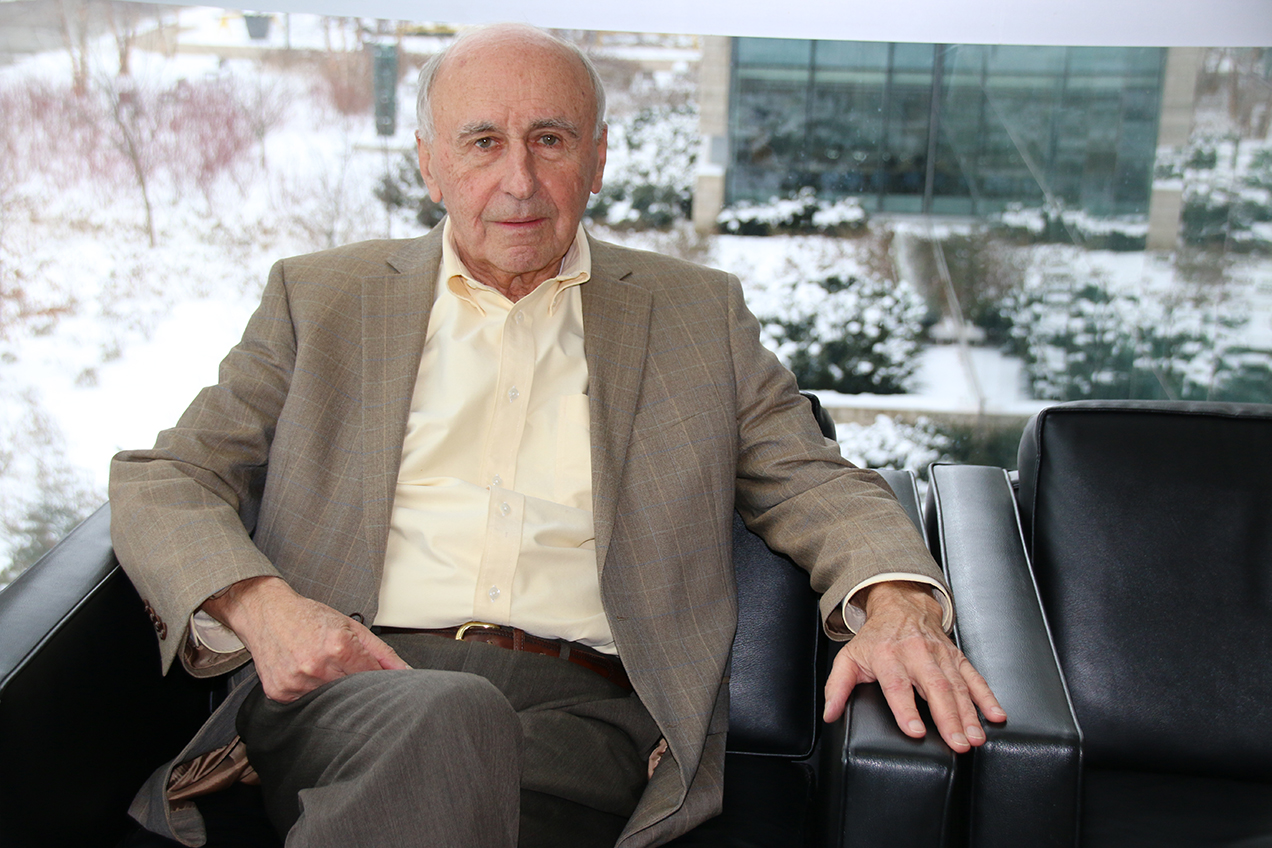 Economics Professor Joseph Kushner has been recognized for his 50 years of service to Brock University, as well as his recent $50,000 donation to student awards.

Joseph Kushner, Professor in the Department of Economics, was recently recognized for his 50 years of service to the University and donation of $50,000 towards student awards.

A portion will be used to create the Distinguished Graduating Student Award, Bachelor of Business Economics (BBE), which will be given to the top graduating student in the program. Kushner, who was department Chair at the time, along with Professor Robert Hanrahan, Dean of the School of Administrative Sciences (now the Goodman School of Business), introduced the joint BBE program in 1981.

The BBE was designed for students who wanted to combine the study of Business and Economics, and is now offered solely by the Department of Economics, which has been highly successful in terms of enrollment and the quality of its graduates.

Another portion of the donation will be used to top up the Anne and Nicholas Kushner Bursary, awarded to a first-year student from northern Ontario. 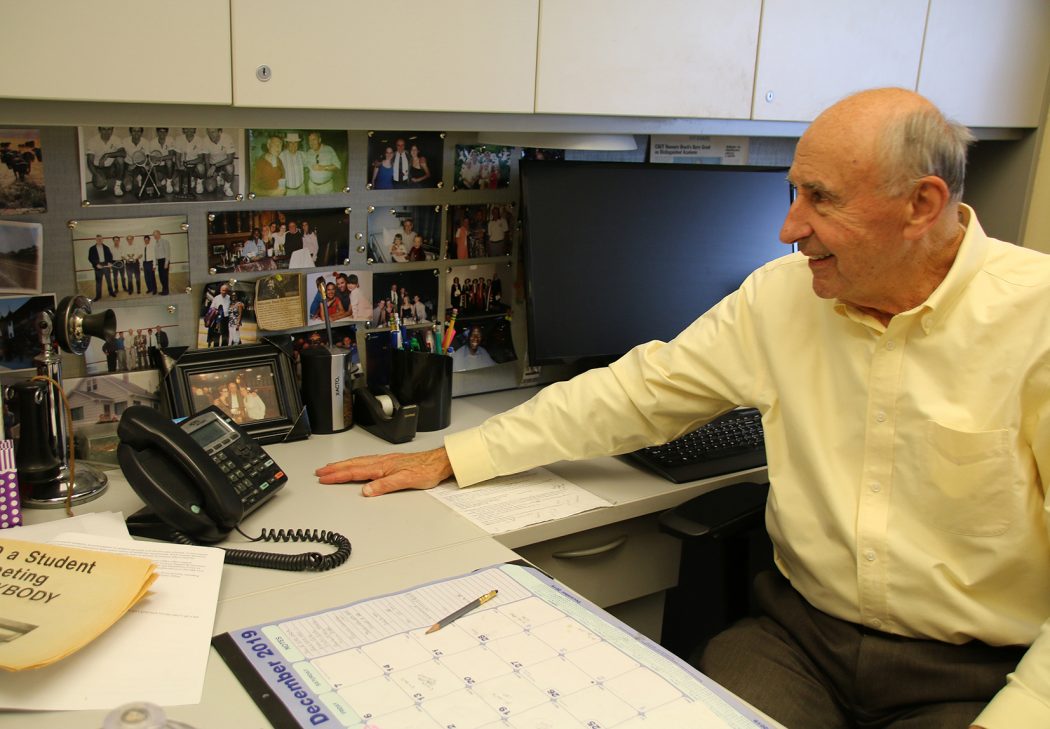 Joseph Kushner’s extensive career at Brock is displayed in some memorabilia in his office.

“The Bursary was introduced in 1994 in honour of my parents,” said Kushner. “As a student growing up in South Porcupine (just east of Timmins), I can appreciate the difficulties that students from remote areas face in continuing their post-secondary education. Therefore, the purpose of the award is to encourage them to attend Brock where they will receive an excellent education, as did our three children who attended Brock.”

His eldest, Nicole, spent two years in the Faculty of Mathematics and Science at Brock before being admitted to the Ontario Veterinary College at the University of Guelph, and continued taking Science courses at Brock, receiving her Brock degree just as she was about to receive her Doctor of Veterinary Medicine.

Jeffrey, the middle child, graduated from the Goodman School of Business before completing his requirements for the CPA.

“His biggest concern at Brock was having his dad teach him,” said Kushner of his son, noting that his was successful in dodging his classes.

Tanya, the youngest, graduated from the Concurrent Mathematics and Education program where she met her future husband, Scott Hammell, from the same program.

When asked about his teaching, Kushner describes himself as friendly with students while also being strict regarding classroom behaviour.

“The first day of class, I highlight Brock’s Respect Policy by stressing that disruptive behaviour, such as talking or texting in class, is disrespectful to other students and will not be tolerated,” he said. “It works.”

His favourite course to teach is Canadian Economic Issues, where in addition to exams, students are required to apply economic tools to five essay questions on current issues such as hydro amalgamations and calculating the economic value of a human life.

He describes his Managerial Economics course as “easy — easy to get a good mark, but also easy to get a bad mark. It’s the students’ decision.”

Kushner was the first recipient of the Brock University Social Sciences Faculty Award of Excellence for Teaching, and has been an active researcher throughout his career. He has enjoyed working collaboratively with faculty members from a range of departments, including Biological Sciences, English Language and Literature, Finance, Marketing, Mathematics, Operations Management, Political Science, and of course, Economics.

“As long as your teaching and research go well, we have the best jobs in the world,” says Kushner. “We’re like entrepreneurs without financial risk.”

In 1972 at the age of 31, Kushner became President of Brock’s Faculty Association. For decades, he was an avid squash player and would play every weekday during lunch, enjoying the camaraderie of playing in the Niagara Regional Squash League where, at one time, the Brock faculty and staff team dominated both the A division and the annual Ontario Inter-University Squash tournament. Now, he plays what he calls “mediocre” tennis three days a week.

In addition to being Brock’s longest-serving faculty member, he is also the longest serving councillor for the City of St. Catharines. He donates his council salary to a variety of causes.

The one closest to his heart is his donation to local elementary schools, supporting several awards including Betterment of the School, School Enhancement, School Leadership and Academic Excellence, with a soft spot for the elementary school his children attended.