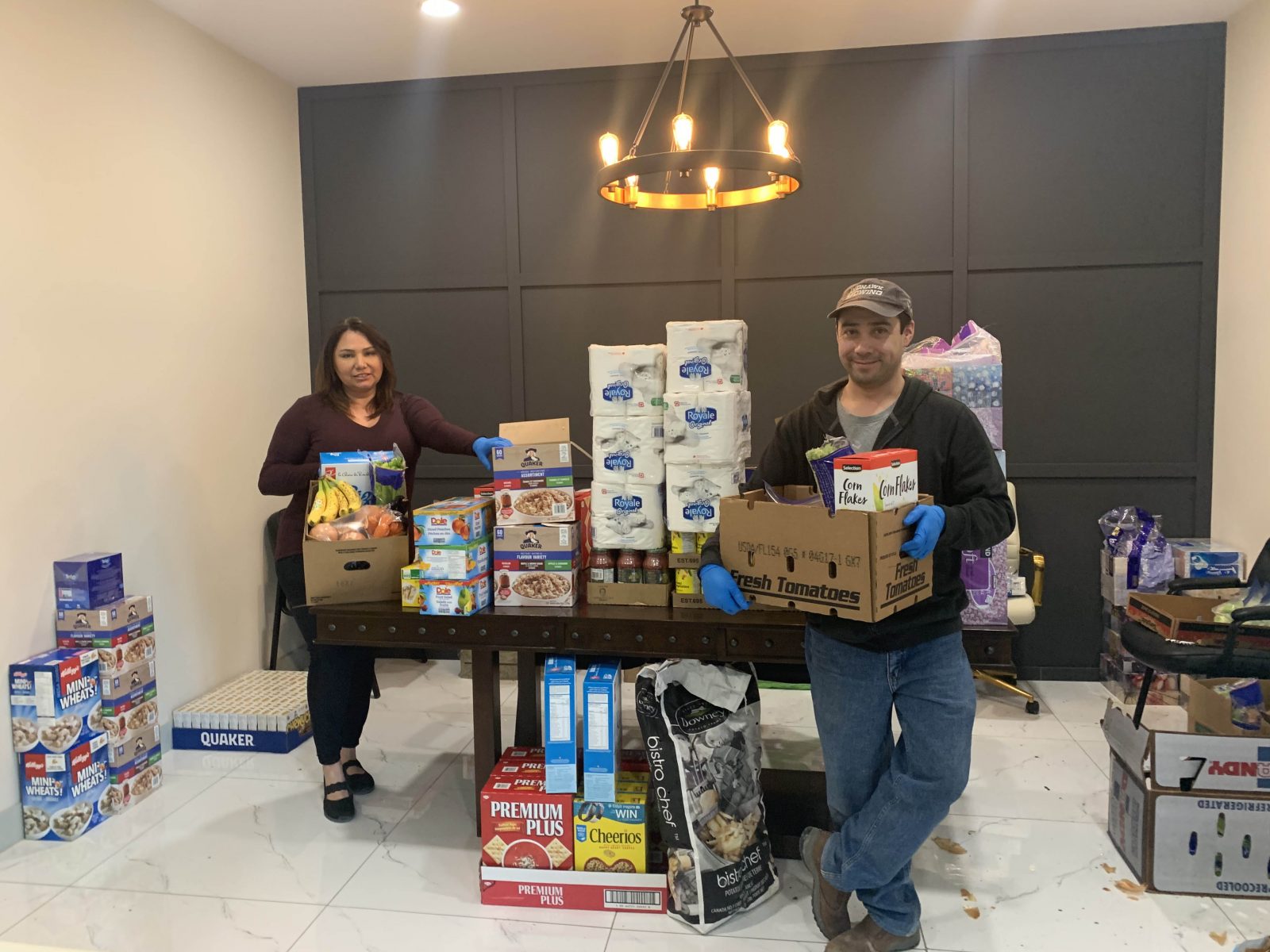 Indigenous Studies Instructor April Powless, Co-owner of Mohawk Towing / Porter Trucking in Ohsweken, Ont., and company employee Karl Green are leading an initiative to deliver food and supplies to elders and other vulnerable members of their community.

Indigenous Studies Instructor April Powless is lending a helping hand to elders in her community during an uncertain time.

Along with teaching in Brock University’s Tecumseh Centre for Aboriginal Research and Education, Powless is also co-owner of Mohawk Towing / Porter Trucking and Construction in Ohsweken, Ont. The company is known for helping people around the Six Nations of the Grand River Reserve when they are in a bind, but the onset of the COVID-19 pandemic has seen them shift their efforts to ensure the safety of those in need.

“We were watching everyone raising concern and facing struggles finding basic supplies,” she said. “This made us worried about some of the more vulnerable populations on the Six Nations Reserve.”

To ensure elders and other vulnerable community members did not need to leave their homes, the company announced on Facebook that they would be delivering groceries and other items to those who needed them.

“The response has been non-stop,” said Powless. “So far, we have delivered 278 care packages and spent about $18,000 of the company’s money, as well as $6,000 in donations from the public. People are calling in distress and we are helping get them supplies that day.”

Powless said the outreach effort is a practical manifestation of the lessons she teaches her Indigenous Studies students.

“I have this understanding that it is each of our responsibilities to improve the world we are sharing, and I try to instill that in students,” she said. “Caring for our elders and our children are principles we have as Haudenosaunee people, and we are putting action to those values.”

One of the company’s employees, Karl Green, said the effort shows what can be accomplished when a community puts those in need first.

“I didn’t think from 20 or 30 packages that it would grow this big, but we have been pulling through to do what you can,” he said. “We made a delivery to one woman who had a walker and said she had nothing left to eat. It made me very emotional.”

Having announced a new partnership with the Six Nations Food Bank, Powless and the team from Mohawk Towing / Porter Trucking and Construction are further stepping up their efforts to ensure everyone remains safe.

“I think in times of crisis, that’s when our character and strength are tested,” said Powless. “Our young people look to how we respond to this. If we respond in fear, it will lead to more fear. I hope that people are able to push past those initial fears to reach out to neighbours and elders who should not be out to help them self-isolate and keep them safe. If more people can do that in Ontario and Canada, we will be a bit better than when we started.”

To learn more about food delivery for vulnerable people on the Six Nations of the Grand River Reserve, visit the Mohawk Towing / Porter Trucking and Construction Facebook page or call 519-445-1786.