Brock women who made — and changed — the University’s history 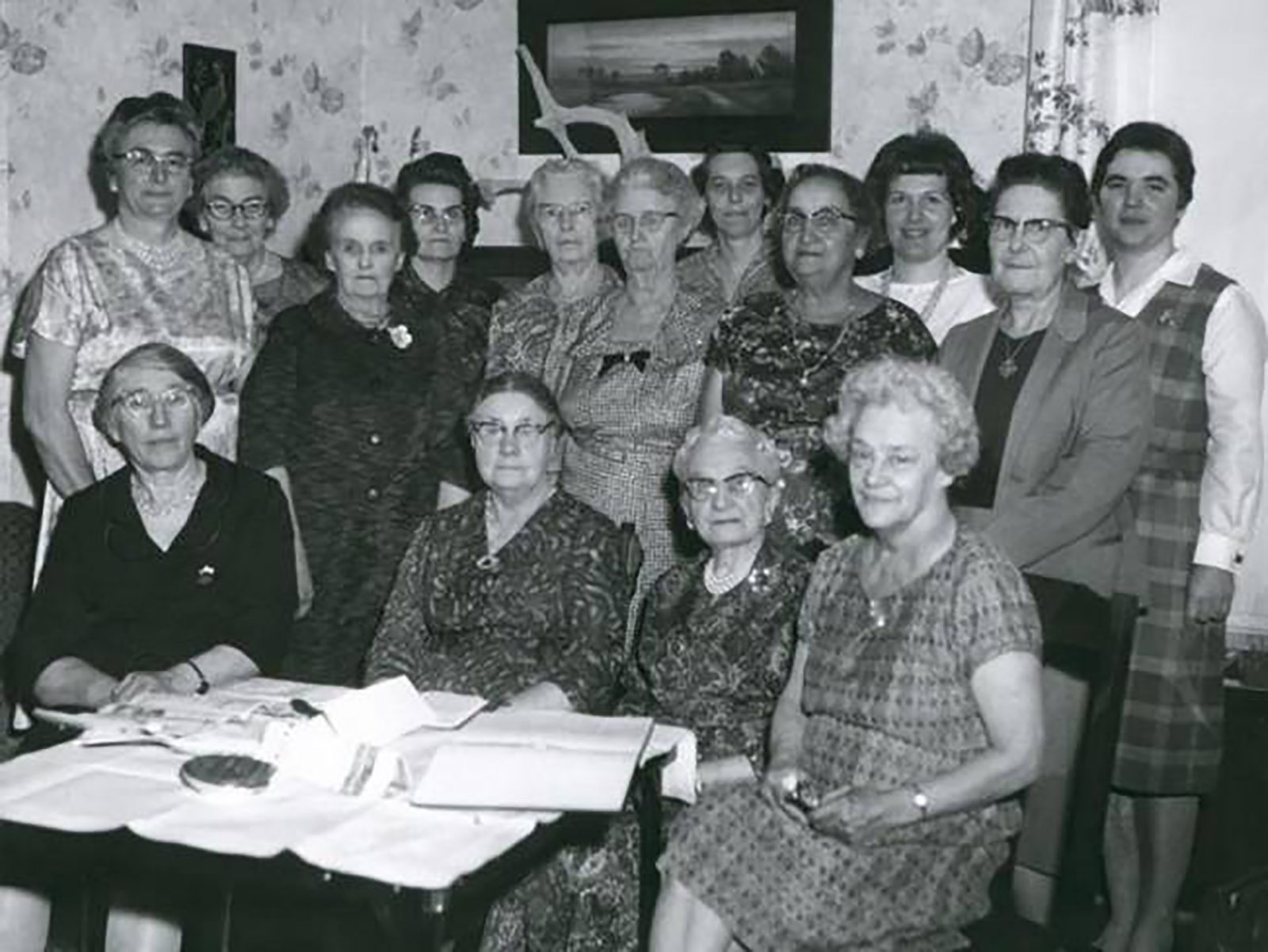 For the first International Women’s Day of the decade, celebrated annually on March 8, Brock University is honouring some of the trailblazing women whose ideas, accomplishments, advocacy and resilience forever changed the University for the better.

In alphabetical order, here are just some of the women who have had a significant impact on the University.

Rosalind Blauer, founding member of the Department of Economics and childcare advocate 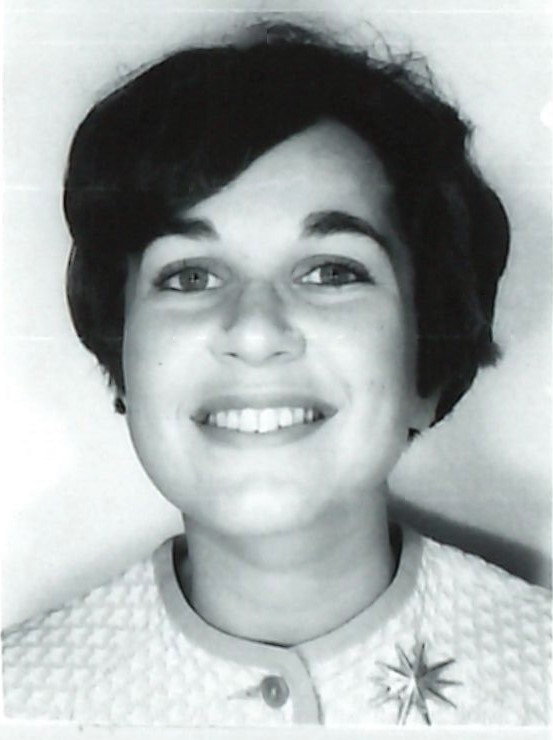 Despite her life being cut short at the age of 30, Rosalind Blauer’s impact was vast. In 1966, Blauer, along with her husband, accepted a faculty position at Brock, where she became a founding member of the Department of Economics. The passionate academic specialized in the effects of inflation and income distribution and vocalized the need for a childcare centre on campus.

Two years after her death from surgery complications, the Rosalind Blauer Centre for Child Care was opened in her honour in 1975, which provides a safe, stimulating and accessible environment for children of students, staff, faculty and community members. A scholarship, the Rosalind (Hyman) Blauer Award, was also established in her memory. 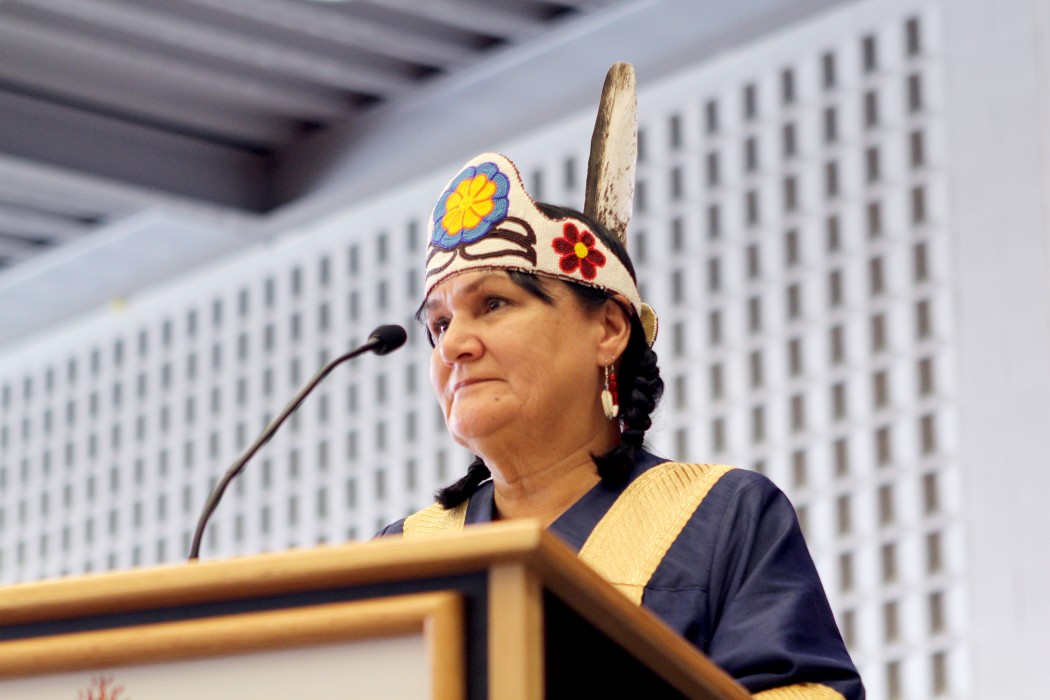 Shirley Cheechoo made Brock history as the first woman and first Indigenous person to hold the ceremonial leadership role of Chancellor at the University. The award-winning Cree actress, playwright and filmmaker has demonstrated a commitment to advancing student welfare, higher education and University research, as well as advancing efforts to engage with Indigenous communities and supporting the educational and professional goals of students.

Cheechoo, a survivor of Canada’s notorious residential school system, took on the Brock role in 2015 in addition to her work as founder and executive director at Weengushk Film Institute on Manitoulin Island, which helps Indigenous and at-risk youth develop career skills or return to school. 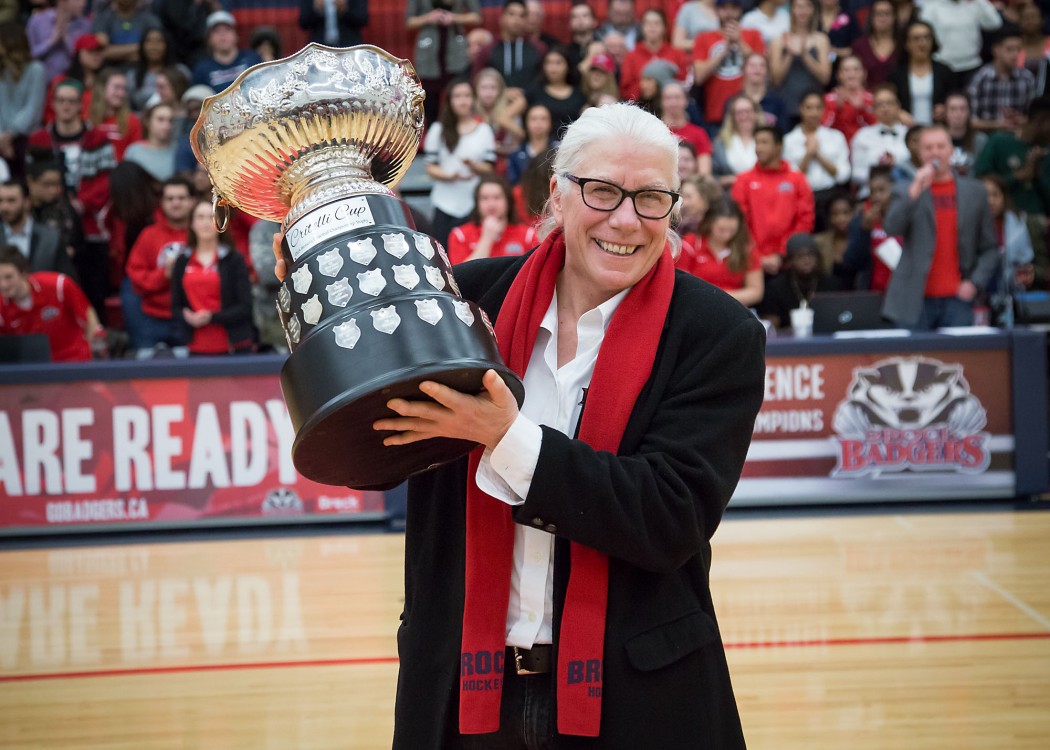 It’s hard to think about Brock Sports without thinking of Chris Critelli. The career of the former assistant athletic director and women’s basketball coach spanned 35 years and created a ripple effect felt beyond Brock. The Ontario University Athletics women’s basketball championship trophy was named the Critelli Cup in her honour in 2016, and on Feb. 29, 2020, the Badgers women’s basketball team brought home the OUA title for the first time since 1983.

Critelli, who had 393 career wins, six divisional titles and an OUA championship, retired from Brock in 2018, but can often be found courtside as a loyal supporter of the Badgers women’s basketball team. 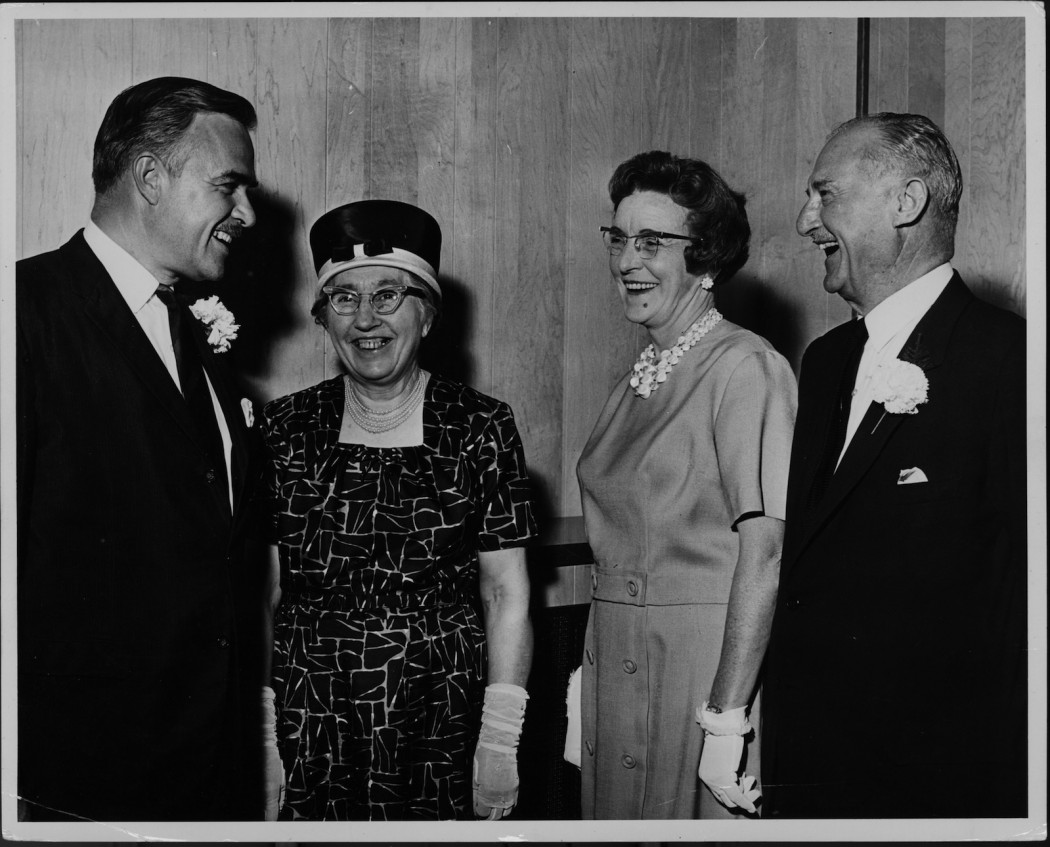 Flora Egerter had a big idea, but she didn’t stop there. When a resolution was drafted in 1957 to establish a university in Niagara, it was Egerter at the helm, who had her fellow Allanburg Women’s Institute (AWI) members in full support. With backing from the AWI’s local, provincial and national chapters and the Welland County Council, the resolution was brought to the provincial government, and in 1964, Brock officially opened.

A main road on campus was named Flora Egerter Way in 2014 to recognize the Thorold-born visionary. Without Egerter and the other AWI members, Brock may never have existed. 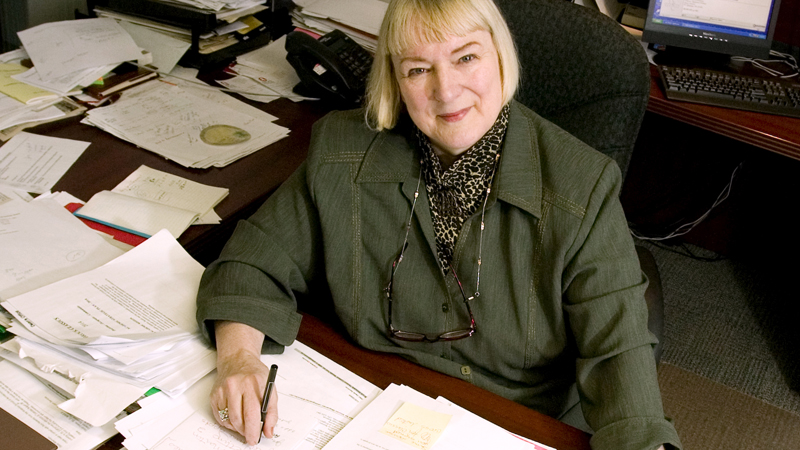 Rosemary Hale, Brock’s first female dean, is pictured prior to her retirement from the University in 2010.

A new millennium brought a new milestone for Brock, with Rosemary Hale being named the University’s first-ever female Dean in 2000. Serving as the Dean of the Faculty of Humanities for a decade and a Professor in the Department of English Language and Literature, Hale had dreams of transforming an empty downtown space into a state-of-the-art learning complex — now the Marilyn I. Walker School of Fine and Performing Arts.

In an interview about her retirement in 2010, Hale reflected on interviewing for the Brock position where she met with various members of the Faculty, where she said, “You guys ought to look into getting some new space. They laughed and said, ‘That’ll never happen.'” Hale cited the collaboration with other women at Brock and the Niagara community for being catalysts in making what others thought impossible a reality. 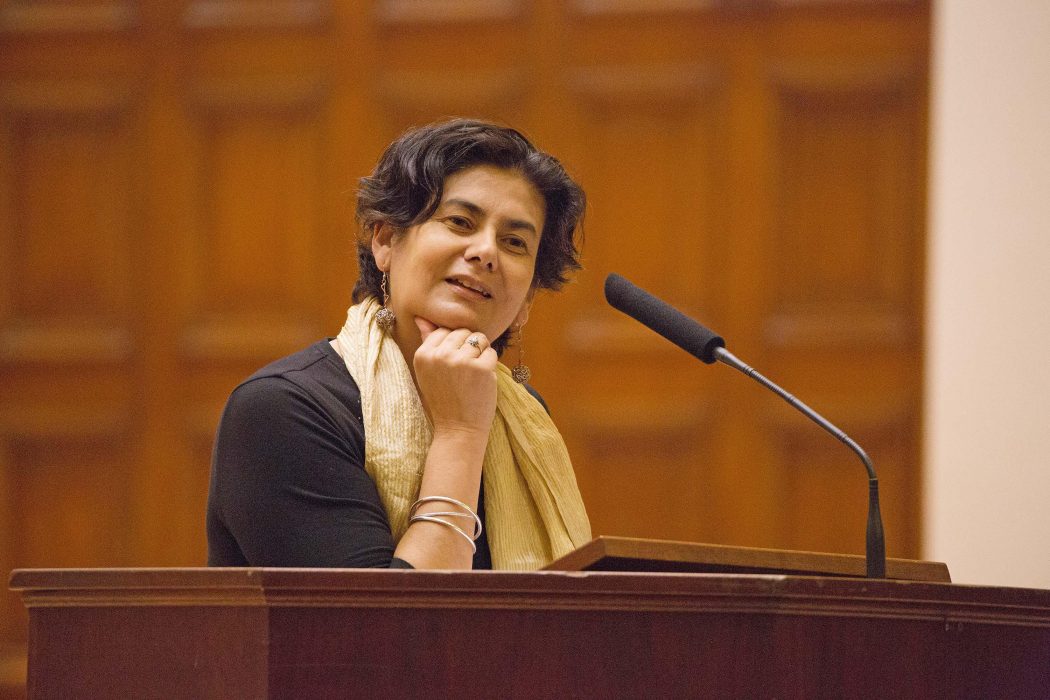 Leela MadhavaRau was appointed the first Director of Human Rights and Equity in 2018 to further advance diversity, equity and inclusion, as well as to promote a welcoming and collegial environment across the Brock community.

With an innate curiosity to understand what makes it sometimes difficult for humans to get along, MadhavaRau has acted as a mentor for those interested in a career in the field. Her leadership and vision has been instrumental in furthering educational and informative opportunities for the Brock community to engage in celebrating diversity on campus. 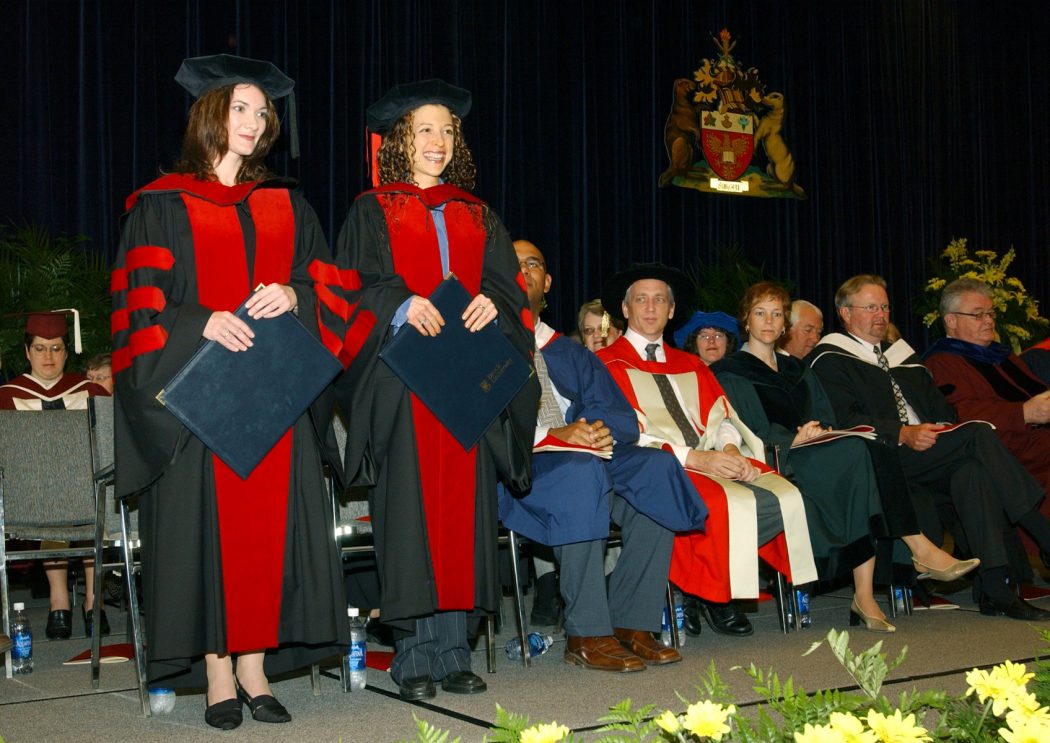 On June 7, 2004, Brock’s first-ever PhD students, Candace Panagabko and Heather Chalmers, graduated. Both of St. Catharines, Panagabko received her PhD in Biotechnology, with Chalmers receiving her PhD in Psychology. Chalmers now works at her alma mater as an Associate Professor in the Department of Child and Youth Studies.

“The University is proud to count these outstanding women at Brock as our first PhD graduates,” said then-Brock President David Atkinson at the Convocation ceremony. “Graduate Studies is one of the most rapidly growing areas in the University, and we look forward to welcoming students of this calibre to the University in the future.”

Mary Richardson, women in STEM advocate and 1992 Canadian Professor of the Year 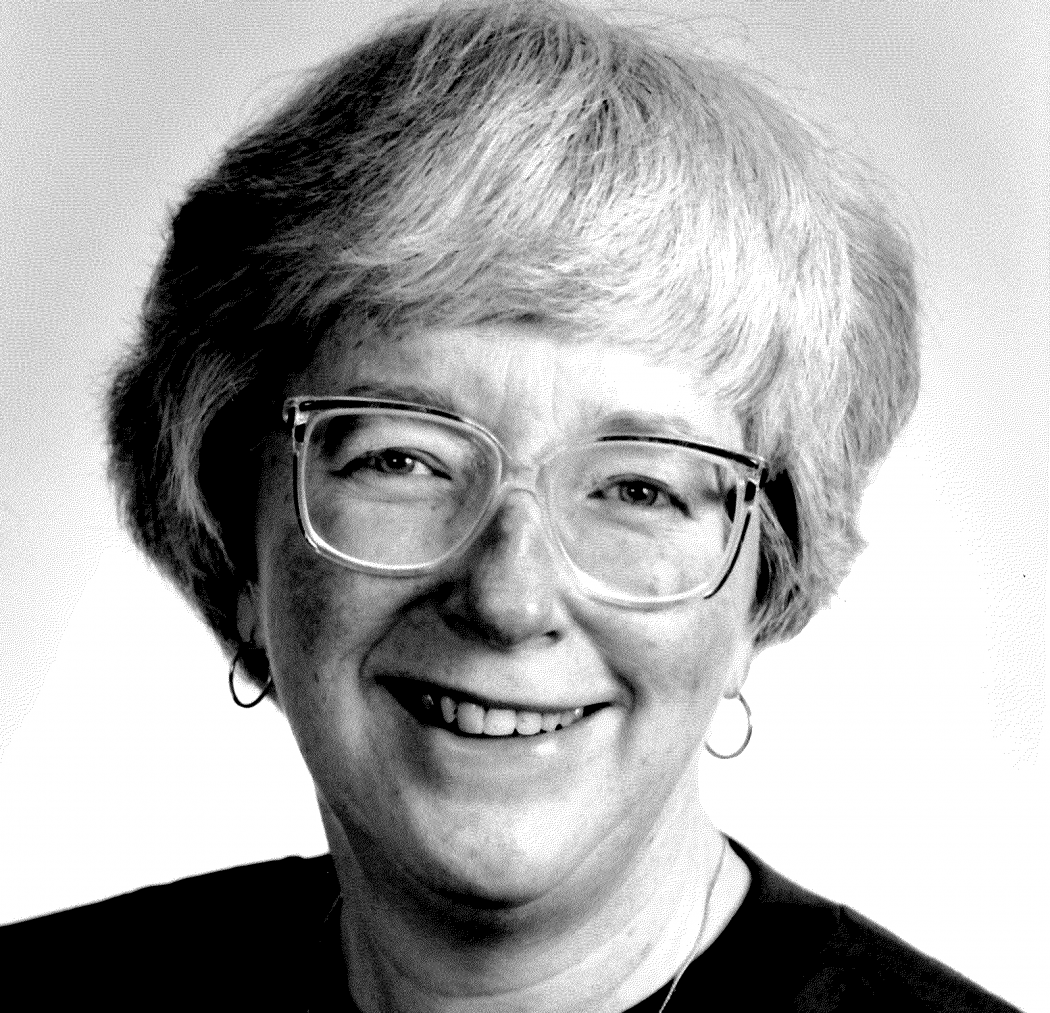 Mary Richardson’s work towards encouraging more women to pursue chemistry didn’t go unnoticed. In 1992, the Professor of Chemistry was named Canadian Professor of the Year by the Council for Advancement and Support of Education (CASE). She was also responsible for an innovative revision of Brock’s curriculum for Chemistry students.

In late 1989, female professors in each of Brock’s Faculties, as well as a number of librarians, met to organize Brock’s Centre for Women’s Studies, which was established in memory of the 14 female engineering students who were killed at École Polytechnique in Montréal on Dec. 6, 1989. Richardson chaired the organizing committee, and the new program was approved by Brock’s Senate in December 1990. 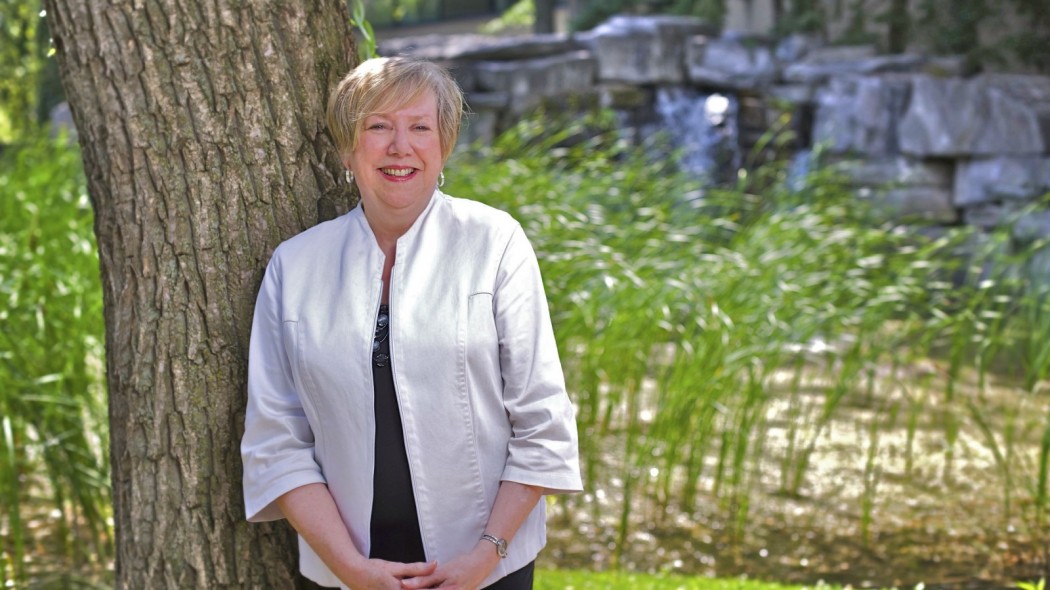 Marilyn Rose, who served as Dean of Graduate Studies, helped build the Faculty from the ground up.

Marilyn Rose never took the credit she deserved for her role in establishing the Faculty of Graduate Studies. In 2004, she became Dean of the Faculty that she resiliently campaigned for, which grew exponentially since she took on the leadership role. In 2004, there were 22 graduate programs at Brock and 858 graduate students. When she retired in 2011, there were 41 graduate programs, eight of which were PhD programs, and 1,536 graduate students.

She completed her PhD in English Literature at nearby McMaster University with two children in tow, becoming a professor and specialist in 20th-century Canadian literature with a particular interest in female Canadian poets. In 2017, two years after she passed away, the Marilyn Rose Lecture series was established. Each year’s theme is chosen to reflect her passions. 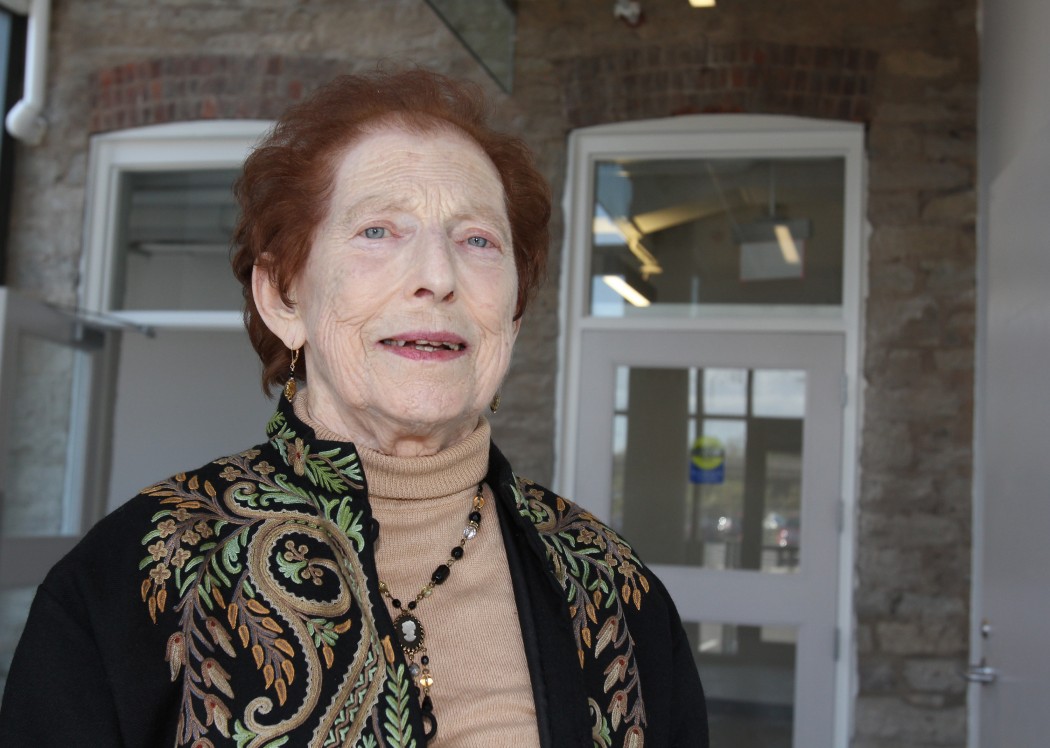 Marilyn I. Walker donated $15 million to Brock’s School of Fine and Performing Arts, which was the University’s largest-ever gift. The School has since been renamed in her honour.

Philanthropist, influential fibre artist, community builder, arts advocate and history-maker are just some of the ways Marilyn I. Walker could be described. In 2008, she donated $15 million to Brock’s School of Fine and Performing Arts, renamed the Marilyn I. Walker School of Fine and Performing Arts. It was the University’s largest-ever gift, with Walker as the main catalyst to eventually creating a new home for the School.

A dynamic hub of creative and intellectual activity, the Marilyn I. Walker School of Fine and Performing Arts was officially opened in 2015, just 13 days before she passed away at the age of 80. The opening included hundreds of people packed into a marquee tent in front of the new complex, including Walker and her husband, Norris, who sat in armchairs beside the stage, listening to University, arts community and political figures honour the School’s impact on the Brock and Niagara community.