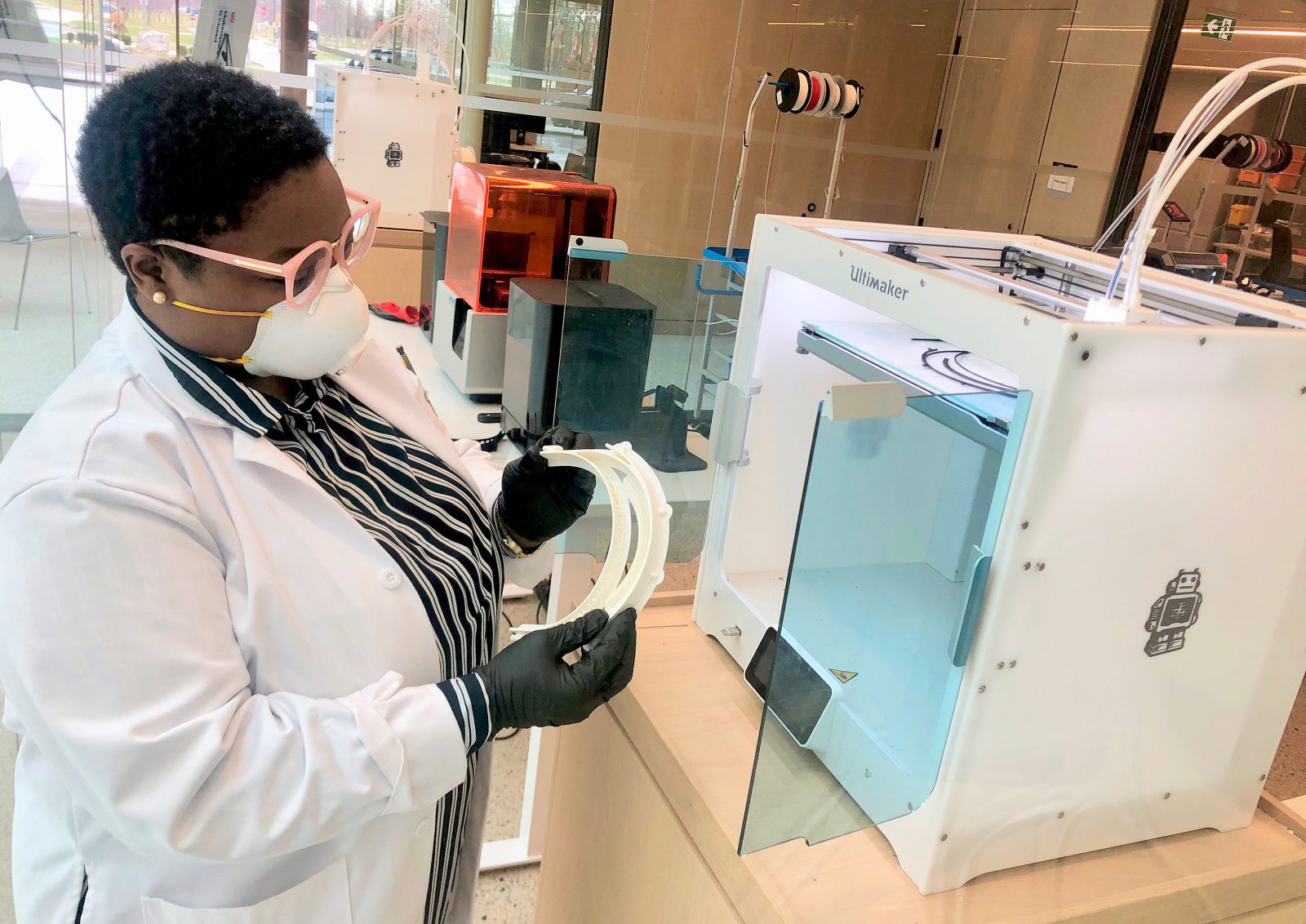 Even before the province officially came asking for help, Tabitha Lewis was on board.

As co-ordinator of the Brock University Library’s Makerspace, which is chock full of high-tech tools such as 3D printers, scanners and laser cutters, Lewis knew the resources she oversees could be put to good use in the fight against COVID-19.

“I had heard about a group in Waterloo donating prints to the local hospitals so I presented it to the Makerspace team to figure out if it was possible here and what angle we could take,” said Lewis. 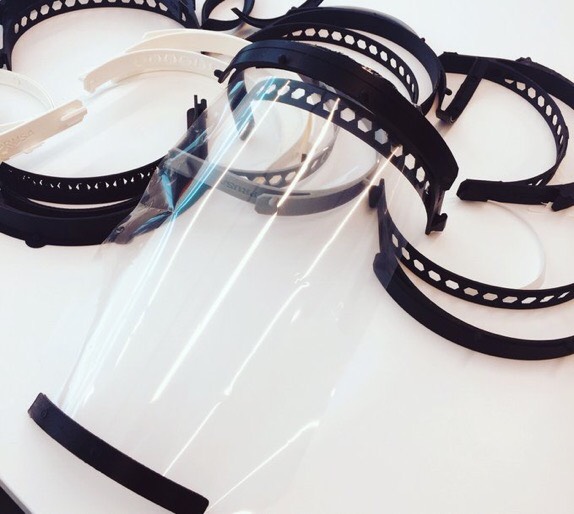 One of the face shields and some of the materials created at Brock University.

She also took it to University Librarian Mark Robertson and Head of Library Systems and Technology Jonathan Younker, and they agreed that it was a project worth getting involved in.

“The ethos in the Library’s Makerspace has always been to find creative ways to solve interesting problems, and this is no different,” Younker said. “Instead of helping with curricular and extra-curricular creative projects, we have an opportunity to leverage the skills of Makerspace staff and the use of Makerspace prototyping equipment to make a difference in the fight against COVID-19, and to help those on the front-lines.”

While Younker set about assessing the need and workflow with Niagara health officials, Lewis used public access design files being shared around the world for a quick-to-print face shield holder.

Czech 3D printer manufacturer Prusa has been continually updating an open-source design file that can be printed by anyone with any brand of 3D printer. The printers are used to manufacturer a head mount to which a thin plastic face shield is then attached. A piece of elastic fabric also attaches to it to go around the head. The face shields are used by health-care workers as an extra layer of protection in front of eye protection and face masks. They’re also being used by drive-thru workers.

On Wednesday, the Brock Library got the green light from Public Health to move forward with the project, so Lewis started ordering some of the required materials.

Unfortunately for sanitary reasons, the shields can be used by one person over the course of a day, but are then mostly being thrown out. However, the material being used to print the face shield mounts is polylactic acid, which is a biodegradable, corn-based plastic.

The Makerspace, which is part of the Brock LINC, located inside the new Rankin Family Pavilion, has five 3D printers — two of which can print two of the face shields at a time and three of which can print singles. It takes about two hours to print each unit.

“Once we’re up and running, I’m estimating we could get around 20 face shields printed each day,” said Lewis. “We’re also looking at what other departments around the University have 3D printers so that we can all work together to be as successful as possible.”

Younker said the first round of shields will be going to front-line workers with Niagara EMS.

The biggest challenge facing the project currently is trying to get the necessary supplies.

Lewis has also put together a Microsoft Teams group for people who either have access to 3D printers or who want to get involved in some way.

“I think everyone is feeling isolated and powerless in this situation, so being able to help our community’s health-care workers in this way is so important and necessary,” Younker said.

For more information about getting involved, contact Lewis at Makerspace@brocku.ca