Anti-hate satire Jojo Rabbit up next at BUFS 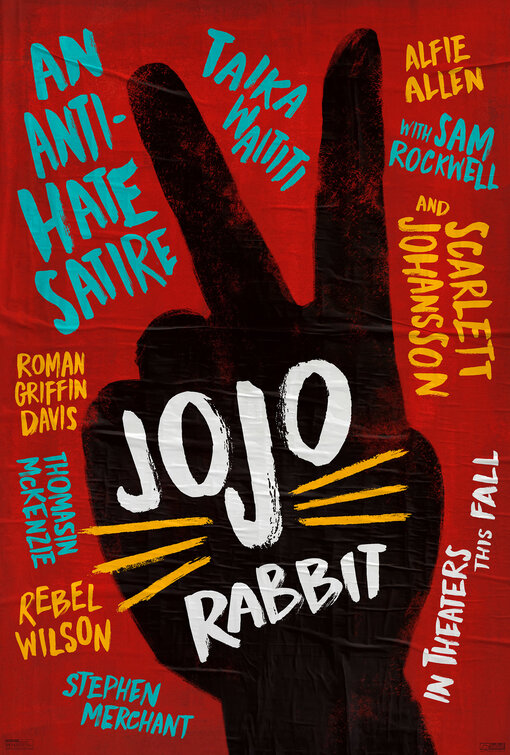 At the Academy Awards this weekend, Maori and Jewish filmmaker Taika Waititi became the first Indigenous person to win an Oscar for writing in the Best Adapted Screenplay category. On Thursday, Feb. 13 at BUFS, don’t miss his charming and heartfelt anti-hate satire, Jojo Rabbit.

In the final days of World War II, 10-year-old Jojo’s world is turned upside down when his first chance to prove himself as real Nazi material ends with an injury that leaves him housebound. Worse, being alone in his house leads to the discovery that his mother has been keeping a Jewish teenager hidden in the attic to protect her from the Gestapo. Jojo, with his young head full of anti-Semitic propaganda, knows that to betray the girl will mean trouble for his mother, so the two form an uncomfortable alliance — much to the dismay of Jojo’s imaginary friend, Hitler.

Adam Graham of the Detroit News says that “it’s Waititi’s movie through and through, and he does bravura work in front of and behind the camera. His mischievous sense of humor carries the film through what could be awkward and deeply sensitive territory, and he immediately disarms Hitler by turning him into a cartoonish dolt. He’s taking aim at the institution of hatred and the brainwashing of a people, and his approach is broad and blunt, wiping out all its intended targets.”