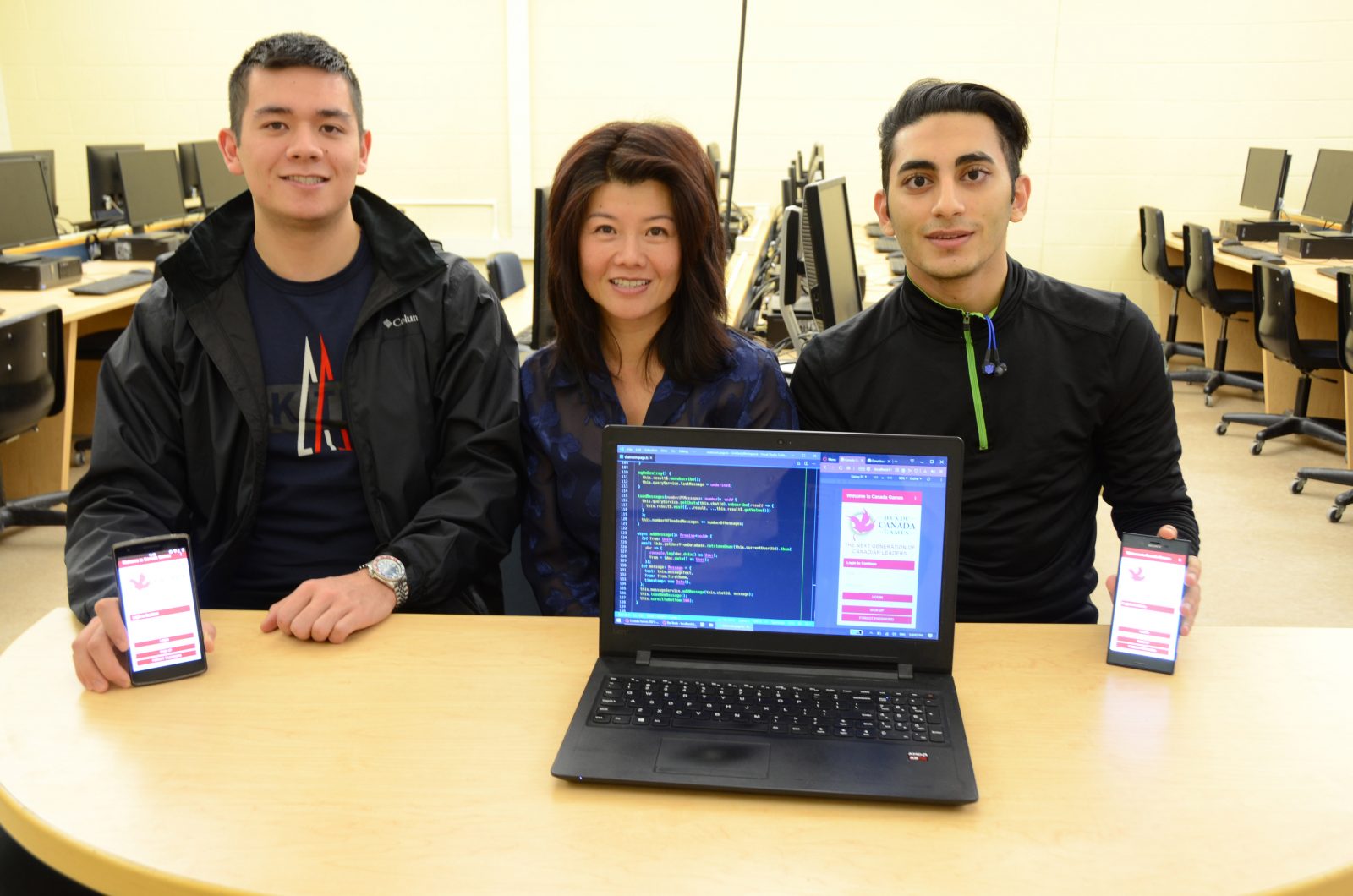 Initially, the Senior Laboratory Instructor in the Department of Computer Science wondered if and how her computer science expertise could be applied to an athletic event.

“We brainstormed about how each department could contribute to making the Canada Games a success,” said Bork, adding that she was eager to put her research into action.

Part of Bork’s research focus involves developing serious games — software apps designed with intended purposes. Last year, she supervised a group of students who created an app meant to improve the quality of life for people living with intellectual and developmental disabilities.

Then it hit her: Why not create an app for athletes participating in the Canada Games?

Bork submitted her proposal to the VPR Canada Games Grants program, a special fund that enables Brock University researchers and scholars from all across campus to undertake research or a creative activity in any discipline and on any topic that relates to the Canada Games.

Vice-President, Research Tim Kenyon announced that Bork and 10 other researchers and scholars have received up to $7,000 funding for their proposals.

“It’s exciting to see the creative thought that’s gone into forming these programs, especially from Faculties and research areas that may not have an immediately obvious connect to the Canada Summer Games,” said Kenyon.

Bork’s Canada Games research is aiming to create an app for athletes staying on campus that will provide information on:

Her grant includes funding for Master’s student Maysara Al Jumaily, who developed an earlier prototype with a Match of Minds grant he received last year, alongside volunteer Ayosha Bork who developed the graphics and contributed to the user interface design.

“It’s amazing that the Canada Summer Games is coming to Brock,” said Bork. “I’m hopeful that the app we develop could be used over and over again by the Canada Games host society for future Games. Maybe this can leave a legacy.”

Kenyon said the Canada Summer Games opens up “unprecedented” research opportunities that will benefit Brock, Niagara and beyond.

“Research-wise, we’re in a position to document and study the process of planning and hosting a major sport event, something that hasn’t been done on such a large scale in the past,” he said.