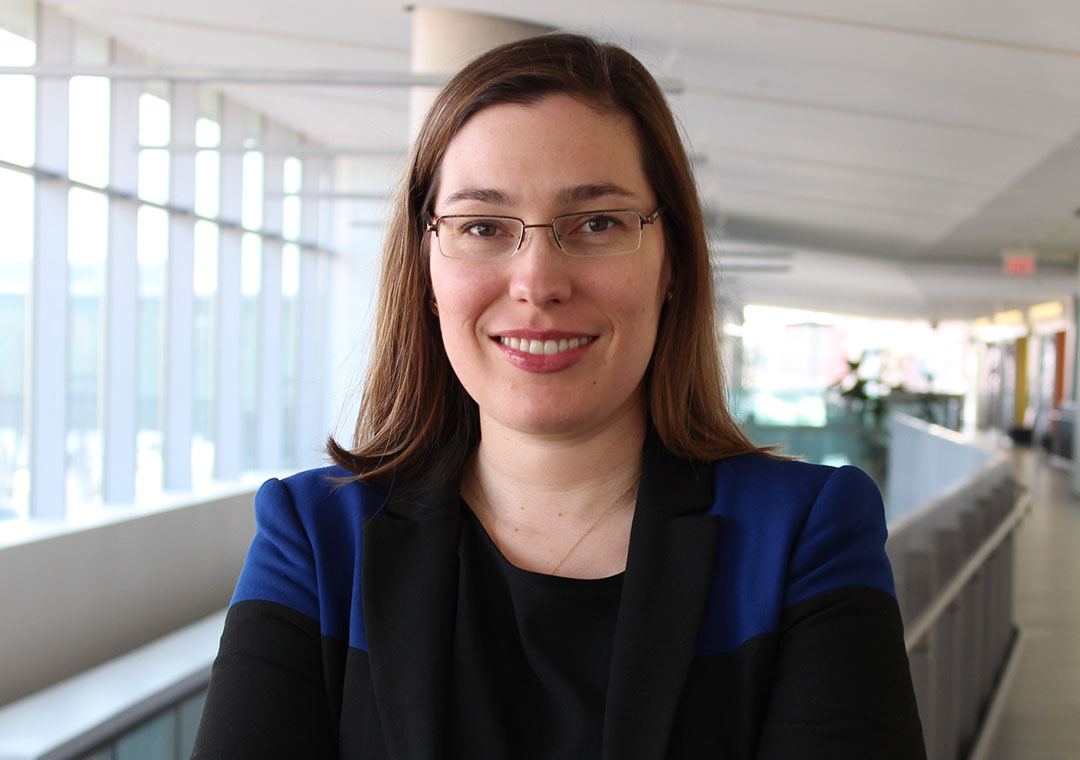 One vendor experienced limitations in bandwidth due to an error on the part of their colocation provider, causing some voting sites to slow or not work. In response, 43 municipalities extended voting hours. Six extended voting from one to two hours, while 35 declared a state of emergency and continued voting the following day.

These were troubling developments for Assistant Professor of Political Science Nicole Goodman, who studies the implementation of electronic voting in communities and First Nations across Canada.

“It really raised eyebrows among the public, candidates and existing elected officials,” says Goodman. “There were a lot of questions regarding whether this could have been avoided. It was a human error; if we had proper systems in place, these municipalities may not have had to declare a state of emergency.”

Goodman is researching how to prevent or mitigate such glitches in the future, which she will pursue thanks to receiving an award from the Office of Research Services.

Goodman is the 2019 recipient of the Chancellor’s Chair for Research Excellence, open solely to Brock University tenured and tenure-track faculty.

“The goal of the proposed research is to develop a framework to guide the use of electronic voting in the digital age with a focus on community-level elections,” says Goodman. “I’m incredibly grateful for this opportunity. This funding and Chair means that I’ll be able to focus on how we can safeguard electoral democracy in an age of digital elections, which has important practical implications for governments at all levels in Canada and internationally.”

“Goodman’s research has implications for the transparency and accuracy of elections, which are fundamental requirements for a democratic society,” says Vice-President, Research Tim Kenyon. “Her work pairs technological advances with social and political realities on the ground.”

“Canada needs a modernized elections guide that addresses the social and digital needs of diverse Canadian communities, and Goodman and her team are the people to do it,” says Kenyon.

Chair holders and active scholars who have demonstrated excellence and who will continue to make significant contributions to the advancement of their field can undertake a specific three-year program of research leading to a significant development in their scholarship.

Goodman says she plans to give at least one public lecture on the topic and will write a book and/or journal articles contributing to studies on Canadian political science, public administration, public policy, local government, Indigenous issues and elections in Canada and internationally.

“The major practical output of the research will be a framework to guide communities in future elections as voting becomes increasingly digital,” she says.

Goodman was appointed as a member of the advisory board of the International Institute for Democracy and Electoral Assistance (International IDEA), a global intergovernmental organization that supports democracy worldwide.

She is also the director and co-founder of the Centre for e-Democracy, a senior associate with the Innovation Policy Lab at the Munk School of Global Affairs and a member of the Laboratory of Local Elections, and 2019 recipient of the Untenured Researcher of the Year award. She has also had extensive media coverage, including an interview last year on TVO’s The Agenda.