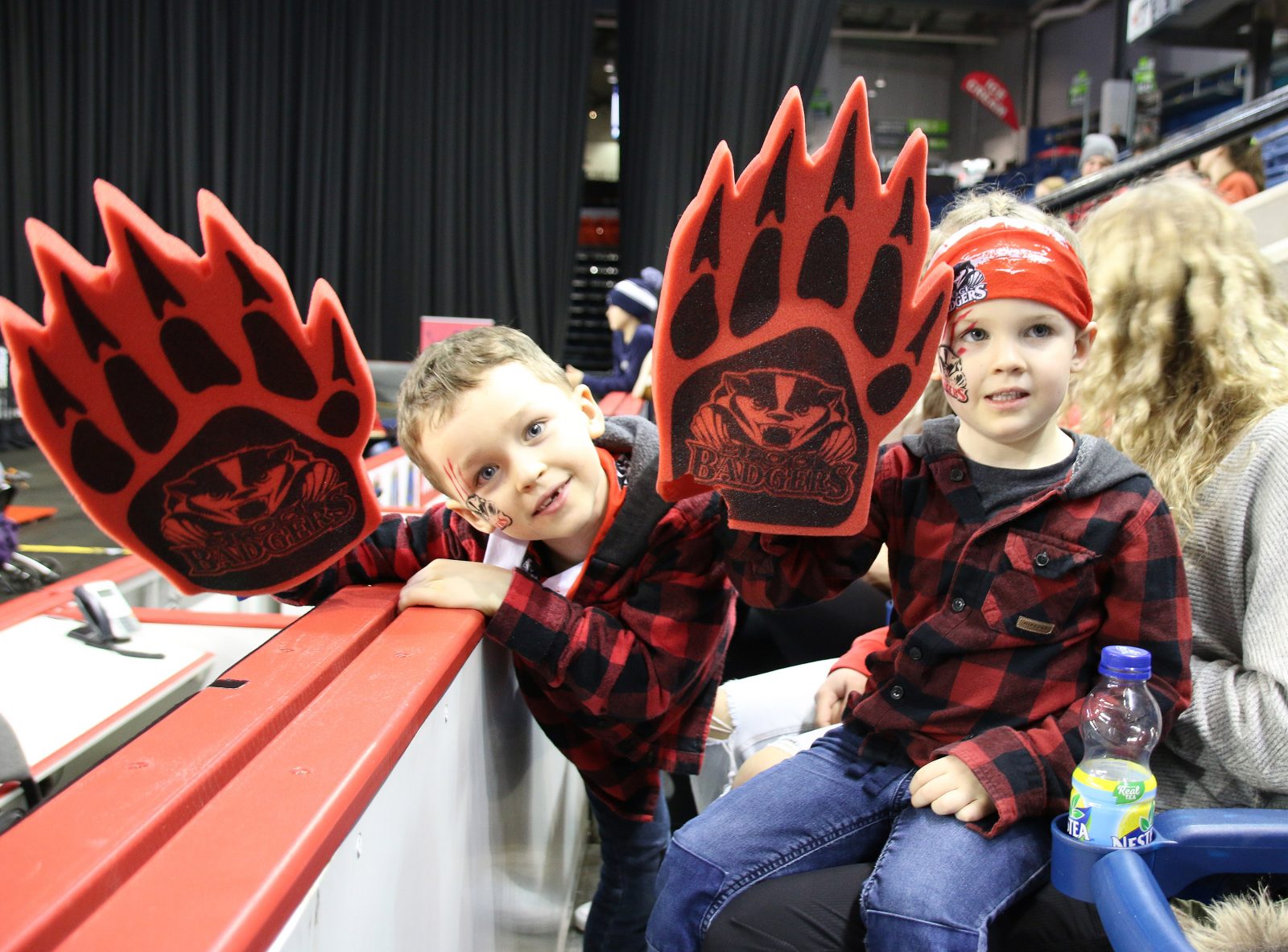 More than 2,000 people were on hand for the Paint the Meridian Red basketball games in St. Catharines on Saturday, Jan. 11.

The No. 8 Brock women’s team defeated the Toronto Varsity Blues 84-69, while the men’s team celebrated their first-ever win at Niagara’s largest arena with a final score of 75-65.

Prior to each game, a moment of silence was held to remember the victims of Ukraine Airlines Flight 752. Of the 57 Canadian lives lost, many were from post-secondary institutions, including eight members of the visiting University of Toronto community.

The electric atmosphere created by the crowd is something Emily Allan, Associate Director, Brock Sports, hopes to see more of at future Badgers games, where “community members are always welcome.”

“It’s amazing that the community is so supportive,” she said. “Events like Paint the Meridian Red show young girls and boys what they’re capable of when they’re serious about sports. Maybe one day some of these kids in the crowd will compete in this arena wearing a Brock Badgers uniform.”

Community members in attendance included the Pelham Panthers, a house league program which has boys and girls basketball teams from Grade 3 through 12. One of the under-9 girls teams played during halftime of the women’s game, much to the delight of the crowd.

Lydia Knack’s eight-year-old daughter Olivia plays for the team and was “ecstatic” to show off her skills.

“We had an opportunity to have some fun and we took it,” said Knack, who played college basketball in the U.S. “It means a lot that her and other kids on her team can see other great female basketball players and know that one day, that could be them.”

Olivia was inspired to play basketball because of her mom, and wears her legacy on her jersey.

“My number is No. 5 because that was my mom’s number,” she said. “I want to play basketball forever.”

Former Brock Assistant Athletic Director Chris Critelli, who competed in the Olympic Games in 1976 and won three international bronze medals, took part in the ceremonial tip off for the women’s game.

“The Brock community, the Niagara community and various athletes all coming together for Paint the Meridian Red is great,” she said. “The energy of this event is phenomenal.”

The Ontario University Athletics (OUA) women’s championship trophy, which was renamed the Critelli Cup in her honour, hasn’t been won by Brock since 1983. She hopes this season will change that.

“We’ve been darn close in other years in bringing it back to Brock,” said Critelli. “We’re darn close again this year.”

Women’s Head Coach Mike Rao said he wouldn’t change anything about how the night unfolded.

“The whole experience was great — especially after the first four minutes of the game,” he said.

In the first quarter, the women’s team was behind the Toronto Varsity Blues, but held onto the lead for the remainder of the game.

“They really beared it and gave it their all,” he said. “I couldn’t be more proud.”

Those feelings also resonated with men’s Head Coach Willy Manigat, who noted that the game was a step in the right direction.

“Consistency is key for us,” he said. “Our team feeds off of each other’s energy. The energy from the crowd didn’t hurt either.”

Manigat said that while he’s proud of his team for their historic win, there’s a deeper lesson to take away from the event.

“It’s not about winning or losing,” he said. “It’s about being our best selves.”