A Brock milestone: 10 years of confetti and happy dances

Every year, students who receive an admissions package from Brock University have something extra to be excited about.

The tradition of students anxiously awaiting post-secondary acceptance letters runs deep, but for those who apply to Brock University, there’s an added layer of anticipation.

Bags filled with colourful bursts of confetti mixed with gold letters stitching “congratulations” together are attached to a card with three-step instructions:

Step 1: Read your offer of admission.

Step 3: Throw confetti and do your happy dance… you’re in!

Every year, social media is flooded with photos of the packages sent out by admissions staff with the hashtags #BrockU and #HappyDance, which are written on the card.

Kara Kelly, Manager, Recruitment Operations and Communications, says the idea started a decade ago during a brainstorming session about conveying the excitement of receiving an offer from Brock.

“Someone mentioned confetti exploding as you opened the package,” says Kelly. “After a bit of laughter, we all paused and realized we might actually have an idea.”

It took off around the same time as Twitter, gaining worldwide attention.

In 2013, one Faculty decided the confetti wasn’t suitable for their students and asked it to be removed from their offer packages. 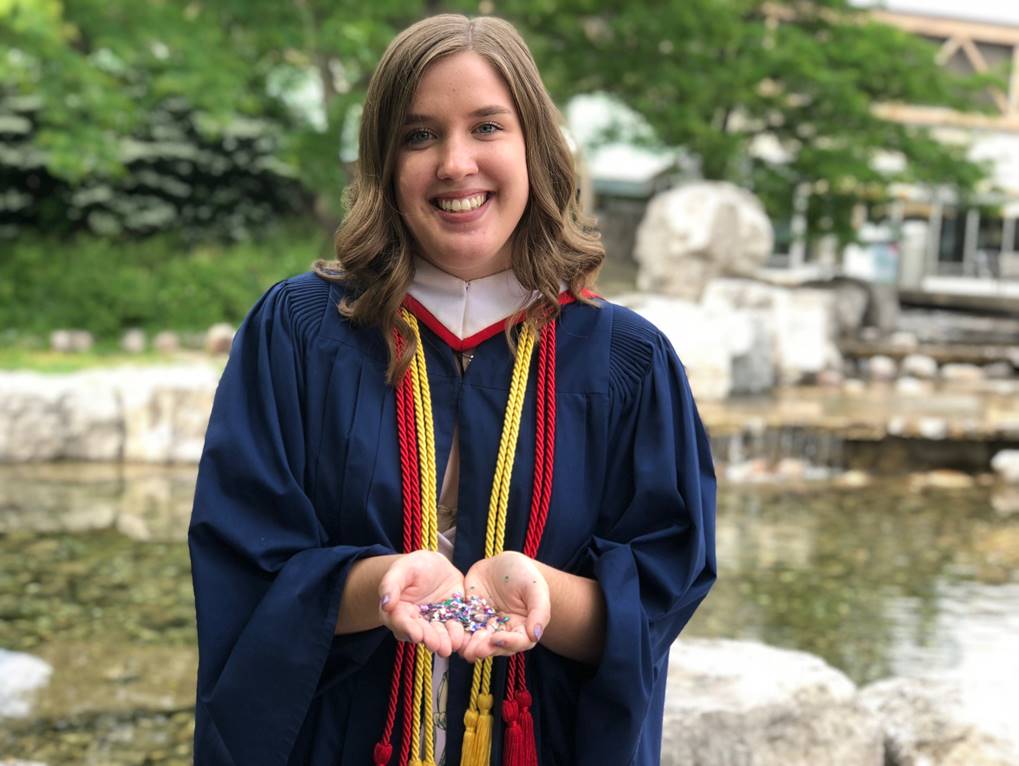 Jacqueline Harber (BA ’18) saved the confetti from her admissions package until convocation.

“Once the packages started going out, the backlash was immediate,” says Kelly. “Students from that Faculty began complaining and asking why they did not receive their confetti. Needless to say, we re-introduced the confetti the following year. Since that time, students from all programs have received it.”

When Jacqueline Harber was a Grade 12 student in Grimsby, Ont., the confetti was the first thing she looked for in her acceptance package.

“The confetti was a great way to celebrate graduating high school and moving onto the next chapter in my life,” she says.

Harber made her final decision while attending the Brock Open House shortly after receiving her offer, where she also overheard a student say that she was saving her confetti to open when she graduated.

“I thought this was a great idea,” says Harber. “Even though I was excited to become a Badger, I knew I wanted to save the confetti until graduation. I thought it would be better to celebrate my hard work and reminisce on all of the memories I would make.”

Harber says her fondest memories at Brock include getting involved on campus, excelling academically and making lifelong friends.

A highlight, while bittersweet, was graduating. After four years, she opened her desk, pulled out the confetti she’d been saving, and threw it in the air.