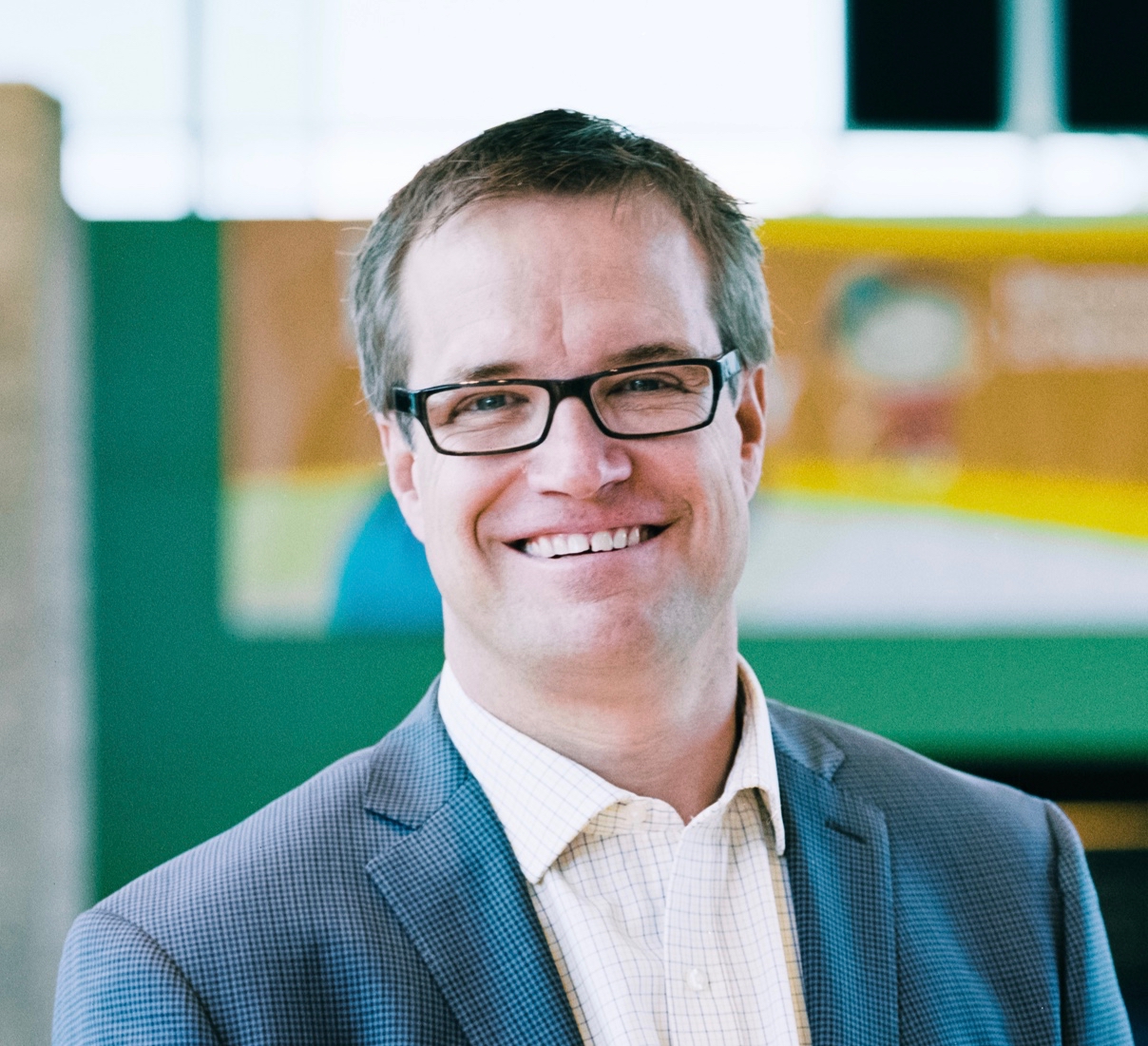 Alan Nursall received the 2019 Distinguished Graduate Award for the Faculty of Social Sciences earlier this year.

When Alan Nursall returned to Brock University 40 years after graduating to receive the 2019 Distinguished Graduate Award for the Faculty of Social Sciences, campus wasn’t quite the same as it was when he’d left.

“Brock in 2019 is a completely different place, and I mean that in a good way,” says Nursall (BA ’79). “The campus has grown so much and seems so much more imposing than it did in the 70s. But that’s a good thing — its growth is a sign of its success.”

Even with all of the changes, Nursall’s feeling when he comes to Brock is always the same. “Every time I return, up to and including this year, I get a warm feeling recalling the friends and fun from those four years.”

Since Nursall completed his Geography studies at Brock, he has become a widely known science educator, with a face easily recognizable from his popular segment, The Alan Nursall Experience, on the Discovery Channel’s Daily Planet.

He joined the staff of Science North when it opened in 1984 and worked as the science director for its companion facility, Dynamic Earth, from 1999 to 2007.

He then went on to open NEXT Exhibits + Creative Communication, a firm specializing in creating exhibits and experiences for museums and science centres, working with the likes of the Smithsonian Institution and the Canadian Space Agency to make science accessible, engaging and fun.

In 2014, Nursall was appointed President and CEO of TELUS World of Science – Edmonton, a science centre operated by the Edmonton Space & Science Foundation, where he continues his work blending learning with entertainment.

“I ended up spending 35 years working science centres, an incredibly satisfying career that I never dreamed of in school,” says Nursall. “But my post-secondary education sure made it possible.”

Though he is back in Edmonton now, Nursall was a long way from his Alberta home when he came to Brock in 1975. With a few good friends and a program that excited and challenged him, he found his footing by the end of his first year.

“I still remember the first time someone called me Cowboy because I was from Alberta,” says Nursall. “I was born and raised in suburban Edmonton, but the nickname stuck, and for most of my four years at Brock, I was called Cowboy by pretty much everybody.”

Nursall says the nickname still makes him smile, and still comes to mind from time to time, as it did a few years ago when he had the opportunity to take a zero-G flight, flying 15 parabolas and thus having 15 weightless episodes.

“As part of the flight, you were asked to adopt a nickname,” Nursall says. “I requested the nickname Cowboy, and that name tag from the zero-G flight now sits prominently in my den, a reminder of the flight, but also of my time at Brock.”

Nursall credits his fourth year in the Geography program as having the strongest impact on his trajectory as a science educator. He notes three key factors: his great professors, some challenging research projects and the fact that his was the first class to be assigned a weekly internship.

“My internship was at the Atmospheric Environment Service headquarters in Toronto, where I took on a project under the guidance of climatologist Dave Phillips, the originator of the weather trivia calendar and now famous across the country as the Senior Climatologist for Environment Canada,” says Nursall. “Working with Dave, I undertook a research project that turned into a summer job and then turned into a graduate degree.”

“The internship program really shaped my life, creating connections and opportunity that I never would have imagined possible. I have deep respect and affection for the professors in the Geography department who were always looking for ways to expand our horizons beyond the textbooks and classrooms.” 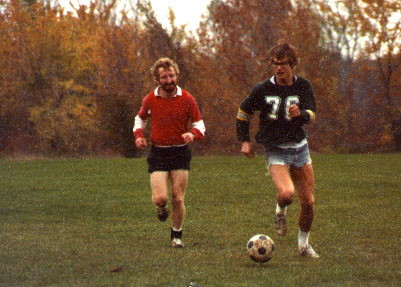 Alun Hughes (left) and Alan Nursall face off on the soccer pitch in 1978 on the right.

When Nursall attended Fall Homecoming to receive his award, he received another gift as well — a copy of History Made in Niagara, the book of Professor Alun Hughes’ writings published posthumously last spring. Nursall says the gift was a highlight of his visit.

“Alun was a good friend and mentor,” says Nursall, who still has a photo of the two men playing in a student-faculty soccer game around the fall of 1978.

Nursall emphasizes that he didn’t know what career he would pursue while he was at Brock, but instead he sought out opportunities that challenged and interested him. He would encourage students to embrace their experiences here.