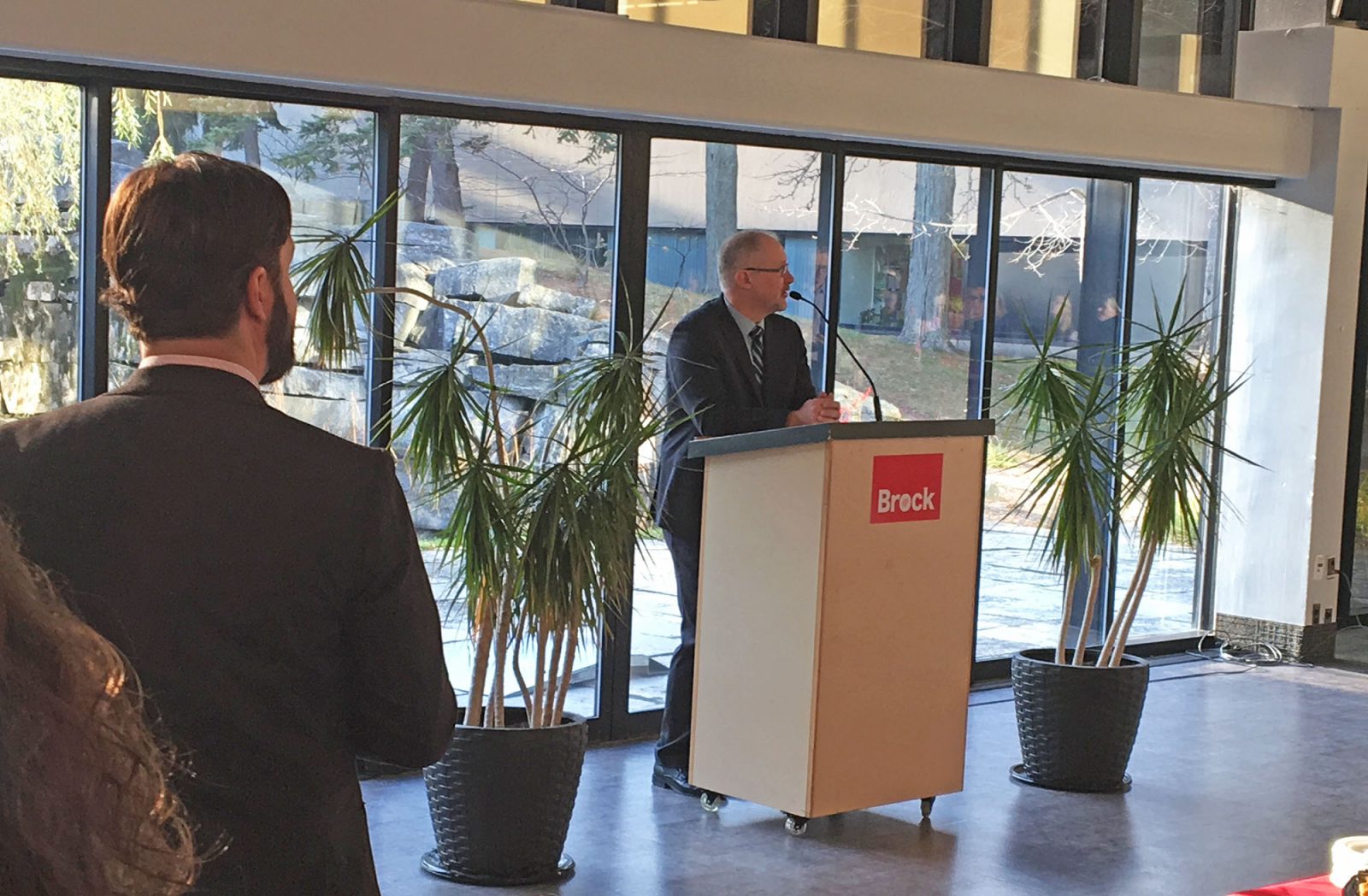 Tim Kenyon, Vice-President, Research, opened the Nov. 26 Research Celebration. The annual event commemorates researchers and scholars across the University who received grants, awards and non-funded recognitions over the past year.

Kenyon, who hosted the annual Brock Research Celebration on Nov. 26, commemorated the work of the University’s researchers and scholars.

“I’d like to thank all of you for your persistence, hard work and passion,” he told the more than 100 faculty and staff attendees. “Your research and scholarship make a difference, both in our community and in the world around us.”

The Research Celebration honoured more than 200 researchers and scholars from all Faculties who received funded and non-funded awards over the past year.

Other key sources of funding include the Canada Foundation for Innovation, FedDev; and Ontario Centres of Excellence, as well as private organizations.

Non-funded awards for research and scholarship include recognitions such as prizes for best journal article, being named editor of a journal and appointment to leadership in organizations, among others.

Kenyon took the opportunity to outline overall research achievements over the past year, including:

“More important than changing the face of Brock, research enables the University to be an invaluable community resource that benefits thousands of households across Niagara and beyond,” said Fearon, adding that such a role “goes to the very core of Brock University’s purpose.”

“You are all making a difference in the name of Brock University — and I just want to tell you that this institution is very, very proud of you,” he said.