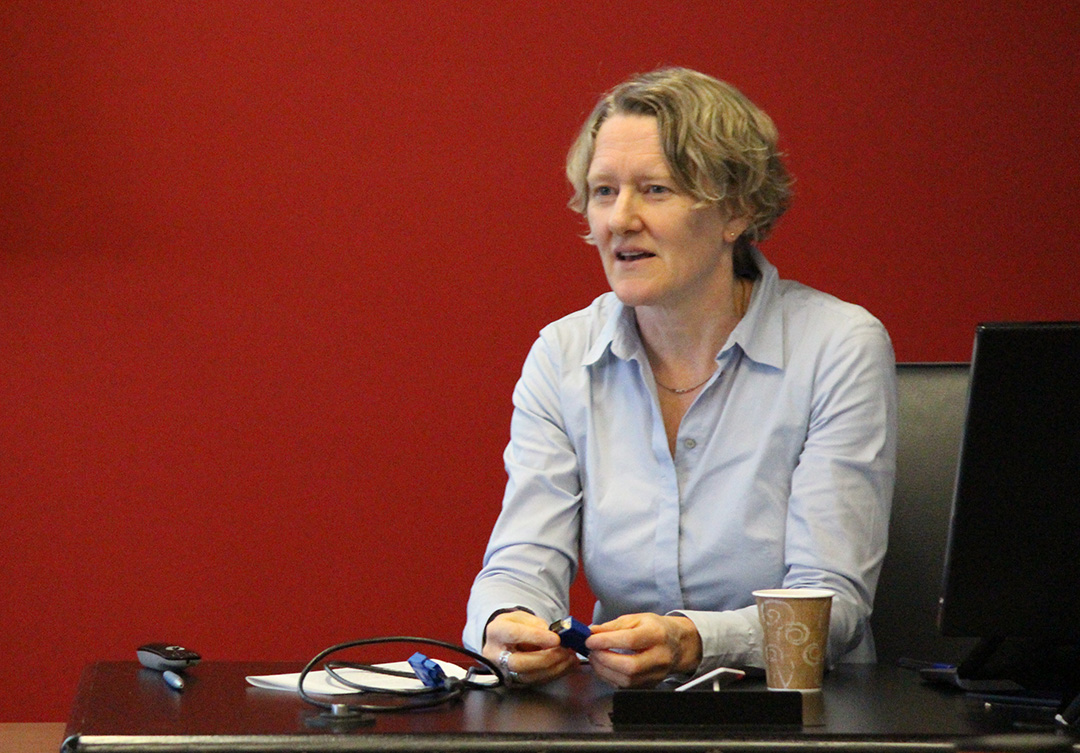 Young people’s first jobs, Ghanaian immigration and “RuPaul’s Drag Race” were among the topics explored at the second annual Faculty of Social Sciences Research Colloquium, which took place earlier this week. The event offered a unique opportunity to hear from award-winning researchers in different disciplines on a wide array of topics.

“Research colloquia provides us with important opportunities to learn about exciting research done by faculty and students,” said Dawn Zinga, Acting Associate Vice-President, Research, and Associate Dean of Graduate Studies and Research for the Faculty of Social Sciences. “Taking time to be immersed in research conversations where you are challenged to think in new ways and consider new questions is invaluable.”

Diane Dupont, Acting Dean of the Faculty of Graduate Studies, noted in her remarks that the “vibrancy” of the work of the two graduate student presenters, each of whom had received an adjudicated Faculty of Social Sciences Graduate Research Award, “reveals the breadth of research that happens in the Social Sciences.” 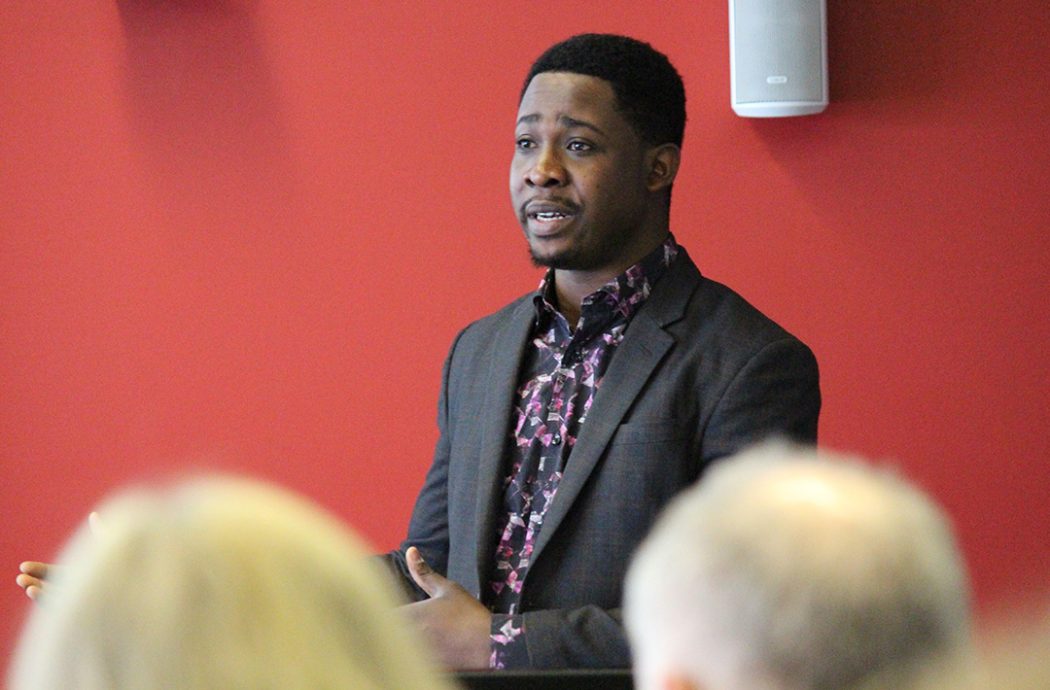 Aaron Nartey, a master’s student in Geography, spoke on “Return Migration of Ghanaian Immigrants,” which was based on his major research paper. Nartey discussed the factors that influence Ghanaian migrants to return to Ghana and some of the challenges that accompany reintegration, as well as policy recommendations for improving the experience of migrants returning to the country.

Russ Martin, a master’s student in Popular Culture, described his work on “RuPaul’s Drag Race and the Toronto Drag Scene” based on his thesis, where he described how RuPaul’s Drag Race has influenced perceptions of drag over the last decade. He also outlined the 100-year history of the drag scene in Toronto, starting with vaudeville shows performed for soldiers during the First World War and leading through to drag queen and king shows of today.

After the student presentations, Professor Rebecca Raby of the Department of Child and Youth Studies gave her talk “Young people’s very first jobs and the unequal production of (seeming) independence.” Raby, recipient of the Faculty’s Distinguished Researcher Award for 2019, examined associations between work, independence and adulthood based on her research and interviews with young people aged 11 to 17.

“It was an honour to present alongside students who are doing such fabulous scholarship, and I really appreciated being able to share my recent research and thinking with my colleagues,” said Raby of the event. “It is excellent to have these kinds of events on campus where we get to hear about each other’s work.”

Remarks from Tim Kenyon, Vice President, Research, and Ingrid Makus, Dean of the Faculty of Social Sciences, concluded the event. 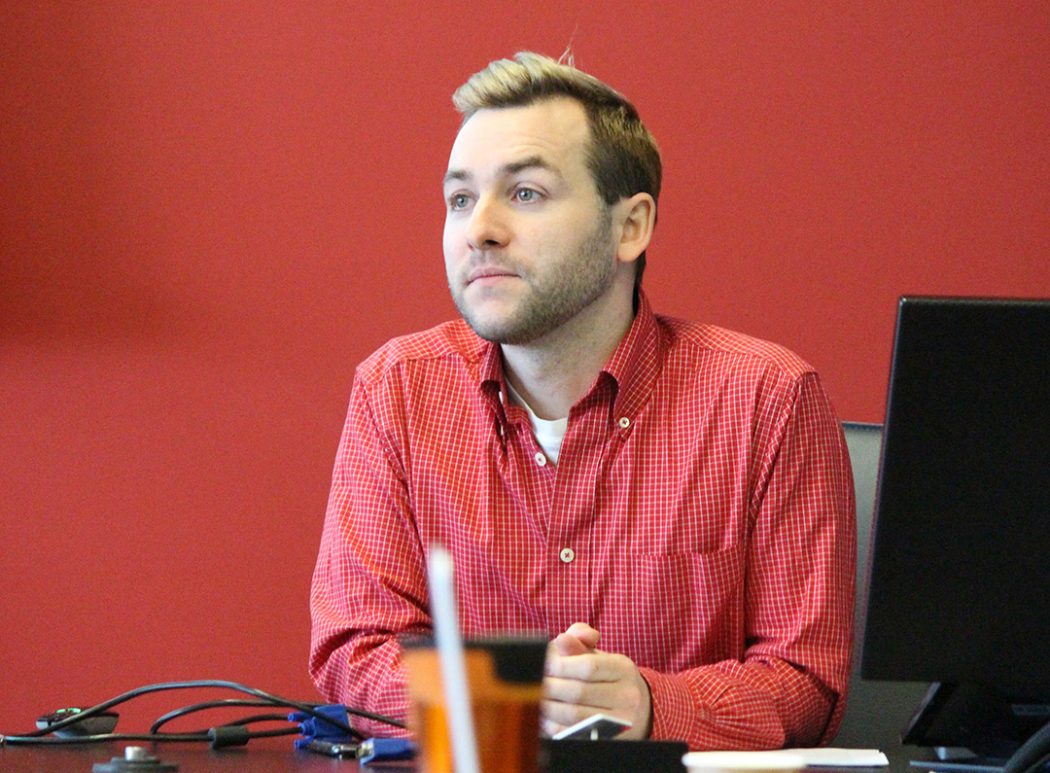 The researchers also enjoyed having the chance to share their work with a curious audience of faculty members, staff, and students.

“The crowd was very receptive,” said Martin of the event. “It was a lot of fun to test out some of the ideas I’ve been working away at for a very long time.”

Nartey put a lot of hard work into condensing his research project into a short presentation, taking inspiration from his colleagues who competed in the Three-Minute Thesis at the Mapping the New Knowledges conference.

“Brock University offers a great opportunity for everyone,” he said. “If you are a student and you come here and you allow yourself, Brock will make a champion out of you.”