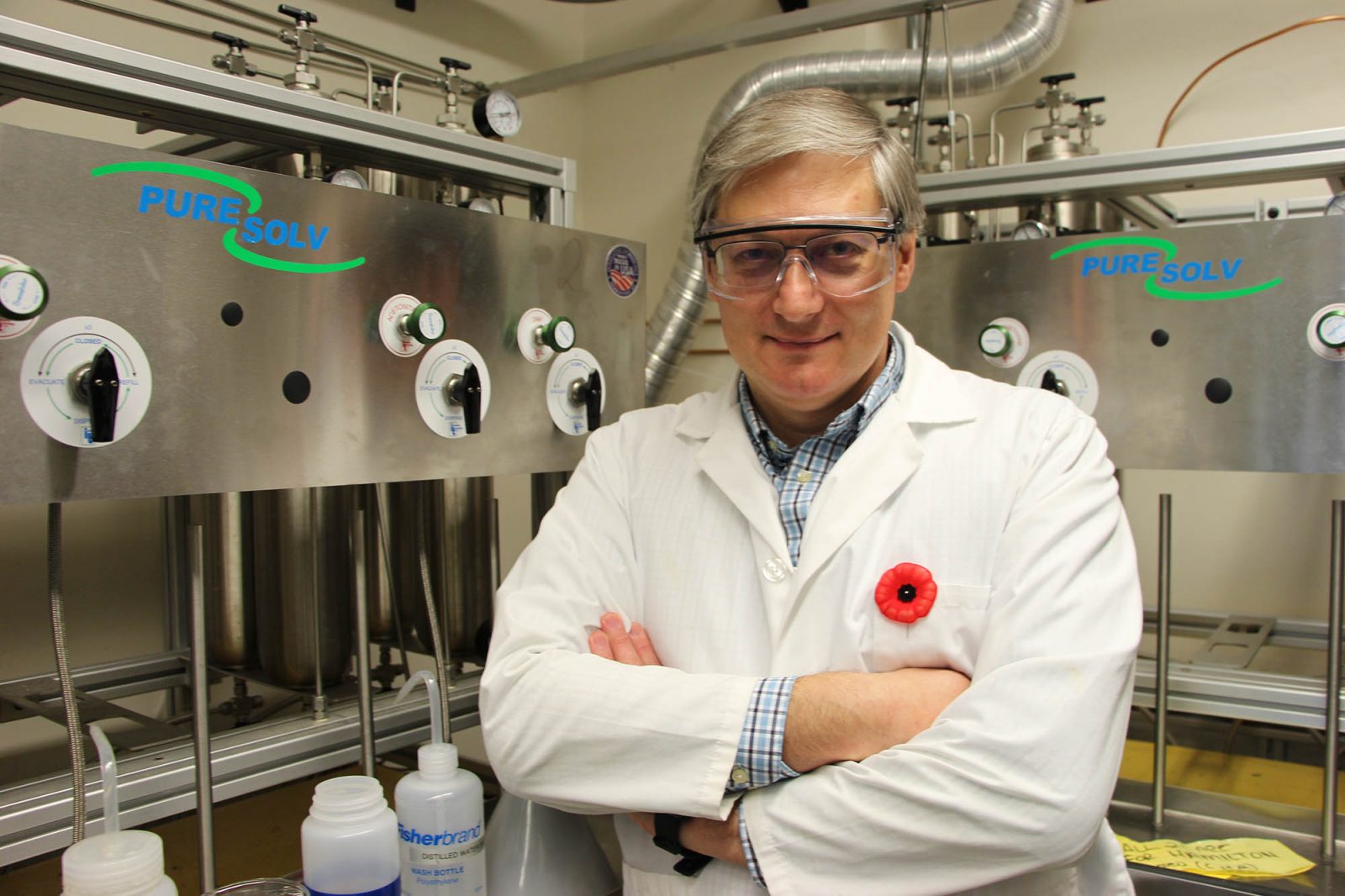 A paper written by Professor Georgii Nikonov in Brock’s Department of Chemistry in the Faculty of Mathematics and Science was recently selected as a Catalysis Science & Technology Editor’s Choice.

What makes the research noteworthy is an anomaly that Nikonov’s student, Van Hung Mai, noticed while working on a separate piece of research studying effect of ligands (an ion or molecule attached to a metal atom) on catalysis. Catalysts are small additives that can dramatically change the course and rate of chemical reactions but reform at the end of chemical process.

Often, a researcher forms an idea in their head and creates experiments to test the problem. Sometimes these ideas work, but many lead to dead ends, or an experiment’s failure.

Occasionally, along the path of discovery, an outlier in the data may appear — a clue outside the original idea that leads to previously un-thought-of avenues of exploration.

Nikonov calls errors that lead to alternate successes “serendipitous discoveries.” When Mai brought him a supposed error in their experiment — a catalytic reaction using pyridine — they knew the error was in their favour. Pyridine appeared to be disappearing from the reaction mixture because of hydrogen atom exchange with the solvent, deuterated benzene, a reaction that shouldn’t have worked so efficiently at low temperature.

They now had to uncover why it worked so effectively, sparking the journey to a serendipitous discovery.

Deuterated pyridine is relatively expensive at $48.6 USD/ml. It takes time and lots of heat to produce traditionally. Nikonov, Mai and two collaborators, Oleg Gadzhiev and Stanislav Ignatov of Russia’s N. I. Lobachevsky State University of Nizhny Novgorod, tested a number of reactions. The team can now prepare deuterated pyridine at room temperature using a fairly accessible catalyst — the discovery that earned them Editor’s Choice.

Their method is unique enough to patent, and discoveries like theirs allow chemists to produce chemicals more efficiently and quickly, the research itself becoming a literal catalyst.

Most often, the study of catalysts is solely of interest to chemists, but understanding how a small addition to a desired reaction can drastically alter the outcome is worth internalizing. Professors like Nikonov become catalysts for quality education, leading students to make discoveries that would have never occurred without careful tutelage or more time.

Chemists have a unique power to fascinate, as they are the only scientists that create their own objects of investigation.  Earth started with a few thousand molecules and compounds, yet chemists have created millions of new molecules to investigate with varying properties to the original.

That would be like a mathematician inventing a new number.

A realization that he could wield the power of chemical creations inspired Nikonov to change his original plans of becoming a geographer.

Searching for new catalysts is an opportunity worth exploring, but more paramount is recognizing that not all errors are a waste. A serendipitous discovery may be right around the corner.