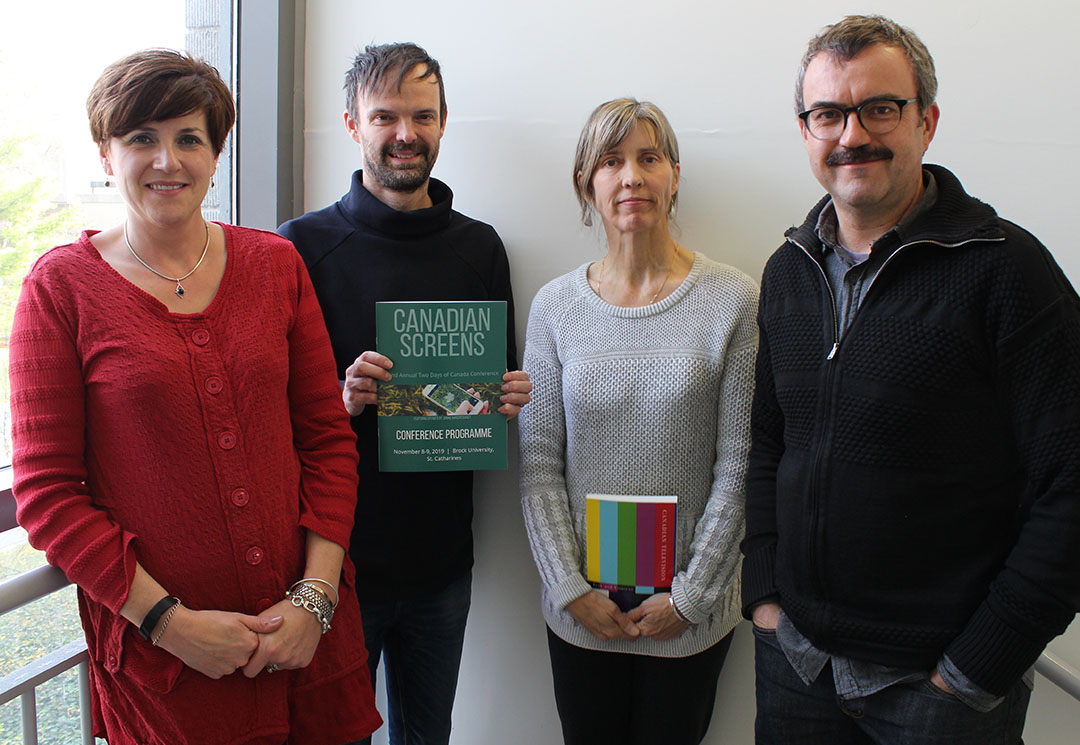 Canadian screens have seen a lot of changes since 2006.

YouTube just celebrated its first birthday, having launched in April 2005, and Netflix was still a DVD rental service (it didn’t start streaming until 2007, the same year that the first iPhone was released).

From Nov. 8 to 9, Brock University is hosting the 32nd annual Two Days of Canada conference, welcoming scholars from disciplines and institutions across the country to take a closer look at Canadian Screens.

“The context of conventional television has shifted dramatically in the last 13 years,” says Marian Bredin, Director of the MA in Canadian-American Studies and Professor of Communication, Popular Culture and Film. “Today, we experience an incredible diversity of televisual texts and contexts across multiple sites and screens.”

Bredin says the conference will examine how content is “produced, consumed, interpreted, circulated and regulated across these various screen spaces.”

All conference panels are open to students, staff and faculty, including Friday’s keynote address by Janine Marchessault, a Professor in the School of the Arts, Media, Performance and Design at York University.

The interdisciplinary conference is hosted by the Centre for Canadian Studies at Brock and supported by departments and centres from the Faculties of Humanities and Social Sciences. The full conference program is available online.