Swimmer to scientist for Distinguished Graduate 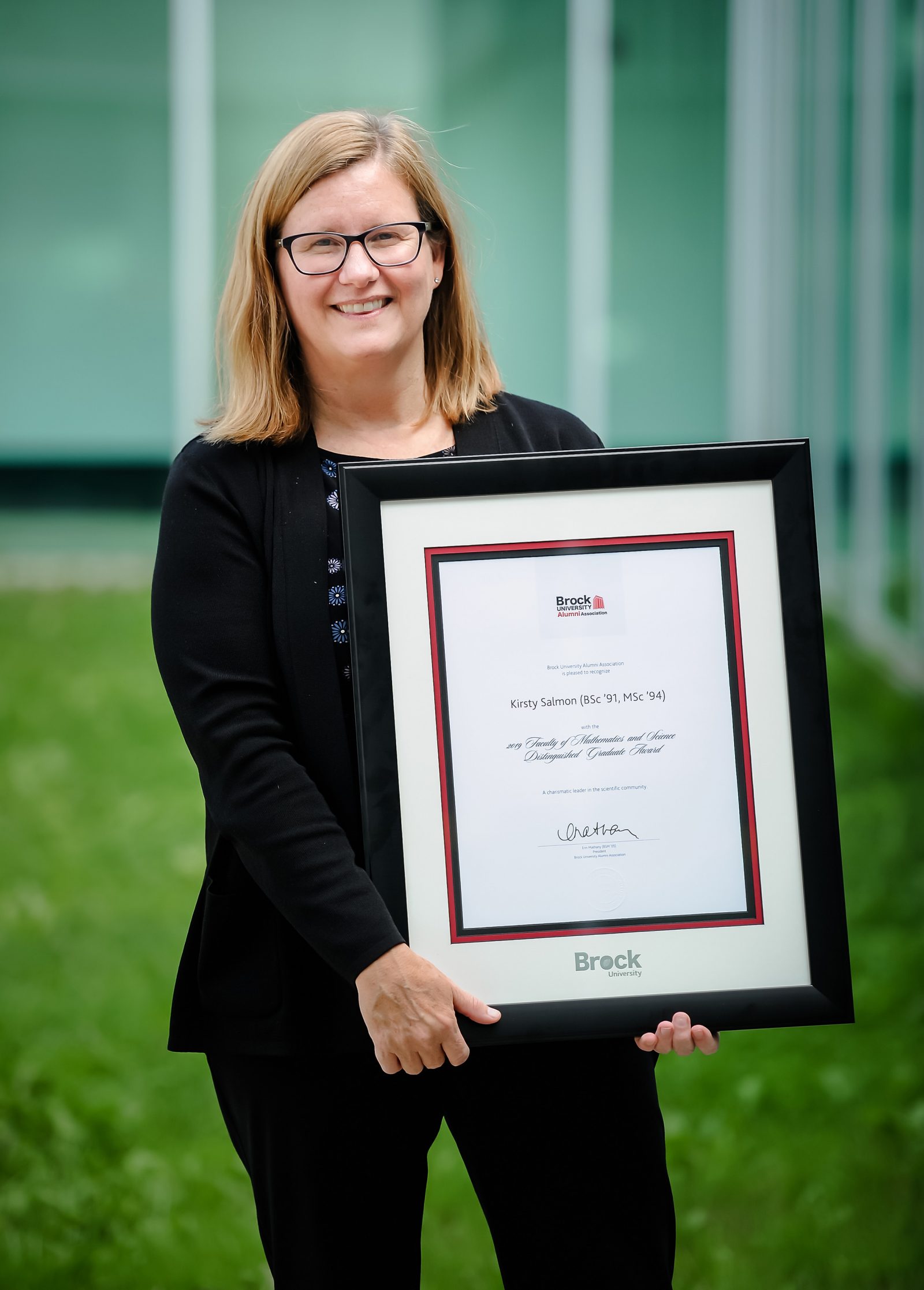 From hopeful undergraduate to renowned scientist to Distinguished Graduate Award recipient, Kirsty Salmon (BSc ’91, MSc ’94) has led an impressive career in biological sciences spanning more than 20 years — and it all started with a passion for swimming.

“Before I got here, Brock was just a pool to me,” said Salmon. “I didn’t know at the time what the school had to offer outside of swimming.”

It wasn’t until she toured the science labs and met two influential graduate students by chance that Salmon made her final decision. When she did, she told the Brock swim coach, “You’re going to have to put up with me for the next four years.”

Those years were filled with an Athlete of the Year award in 1989, an undergraduate degree and the publication of her first paper as the first author — a feat almost unheard of as an undergraduate — thanks to a combination of hands-on lab experience, attentive professors and a drive for discovery.

Early on in her career, Salmon worked at the University of California, Los Angeles (UCLA) for five years as a Postdoctoral Research Fellow designing and assisting with the development of DNA microarray platforms in the Department of Microbiology, Immunology, and Molecular Genetics.

She then moved on to work at the University of California, Irvine as an Assistant Project Scientist II, later becoming a Project Scientist II Manager at the University’s Institute for Genomics and Bioinformatics. In this role, she designed and oversaw key projects for the Computational Biology Research Laboratory involved in synthetic DNA gene assembly, protein expression and biofuels. She also supervised and managed senior research associates, graduate students and postdoctoral researchers.

At the Sept. 21 Alumni Recognition Reception at Brock, Salmon received her 25-year Brock alumni Cameo Club pin and spoke about solving the issue of renewable technology from inception to end-of-use in the oil and gas industry.

As Head of Research at BP Biofuels Technology, she has built and managed a world-class research organization and while providing strategic direction, management and prioritization of Research and Development activities for more than 150 researchers and engineers.

She says working for the company allows her to work in an industry that must think critically about how their products affect the environment — and she strives to be part of that change from within.

“They listen to me and are dedicated to finding new ways to conserve the environment,” said Salmon. “Part of my job is to source out new innovation and help launch these young scientists and entrepreneurs.”