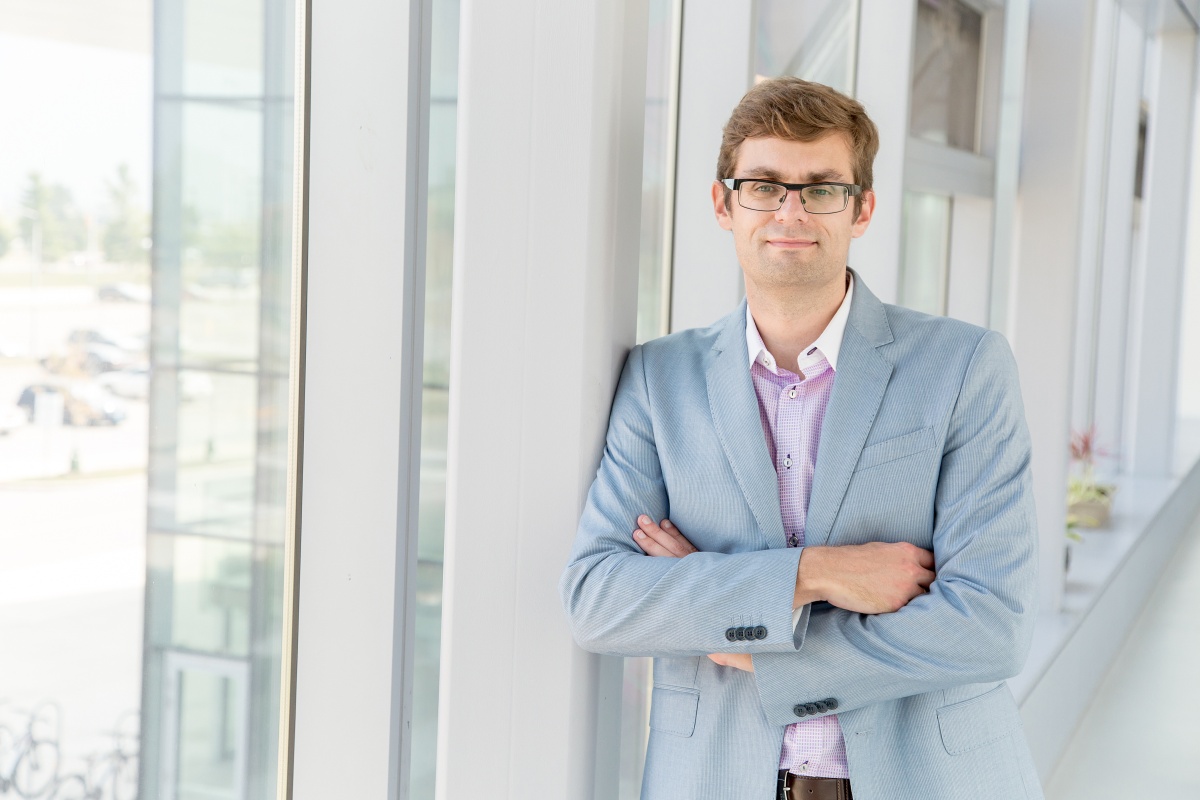 The phrase ‘Houston, we have a problem’ often conjures how the U.S. government’s National Aeronautics and Space Administration (NASA) and a crew of three astronauts aboard the Apollo 13 spacecraft safely returned to Earth after an oxygen tank exploded.

Both the mainstream media and NASA framed the mission as a huge success when the crew touched down in the Pacific Ocean six days after launching in 1970. However, Dave Bouckenooghe, Associate Professor in Goodman’s Department of Organizational Behaviour, Human Resources, Entrepreneurship and Ethics, questions whether it was actually an example of corporate failure. After all, the spaceflight was supposed to land on the moon without any issues.

Bouckenooghe’s prolific work has earned him Goodman’s Distinguished Scholar of the Year.

Despite having received numerous career accolades, Bouckenooghe said this award is especially meaningful.

“You’re always trying to work hard and do your best,” he said. “If you’re persistent about what you’re doing, it will pay off.”

NASA has failed at several space missions since 1970, and looking at the data, Bouckenooghe, who studies organizational behaviour and psychology, says there’s a reason for that.

“It appears they didn’t learn from these failures,” he said. “Instead, they have constantly reframed failure as success and created a climate where failure became institutionalized.”

Bouckenooghe says that NASA isn’t alone, and that the paradox of failure plagues other organizations as well.

“The main stream of thinking is, ‘What can we learn from failure?'” said Bouckenooghe. “A lot of organizations regularly encounter failure, creating conditions for the failure to persist and become embedded in the organization’s culture. The question then becomes, ‘How can you turn around that kind of detrimental thinking?’”

While Bouckenooghe’s research into organizational failure is a future project, his previous research about other issues of the corporate psyche, including workplace bullying, the relationship between employee entitlement and ethics, and leadership and job performance, has spawned a long list of papers published in some of the world’s most prestigious academic journals.

Bouckenooghe takes a helicopter view of how organizations work when quantitatively researching a behaviour or issue. That holistic approach enables him to answer questions that will ultimately benefit businesses.

He was drawn to academia after briefly working as a consultant and feeling dissatisfied with the results, saying that academic research gives him the opportunity to have real impact.

“When you’re in the world of consulting, you always intend to reinvent the wheel,” said Bouckenooghe. “You’re relying on models that have been around a long time. I wasn’t really satisfied with this approach. You’re not really helping companies except for treating symptomatic issues. Often, you’re just using non-validated templates that have been around a while and fail to develop tailored solutions for companies. When doing academic research, you’re coming up with more fine-tuned and often more accurate solutions to problems.”