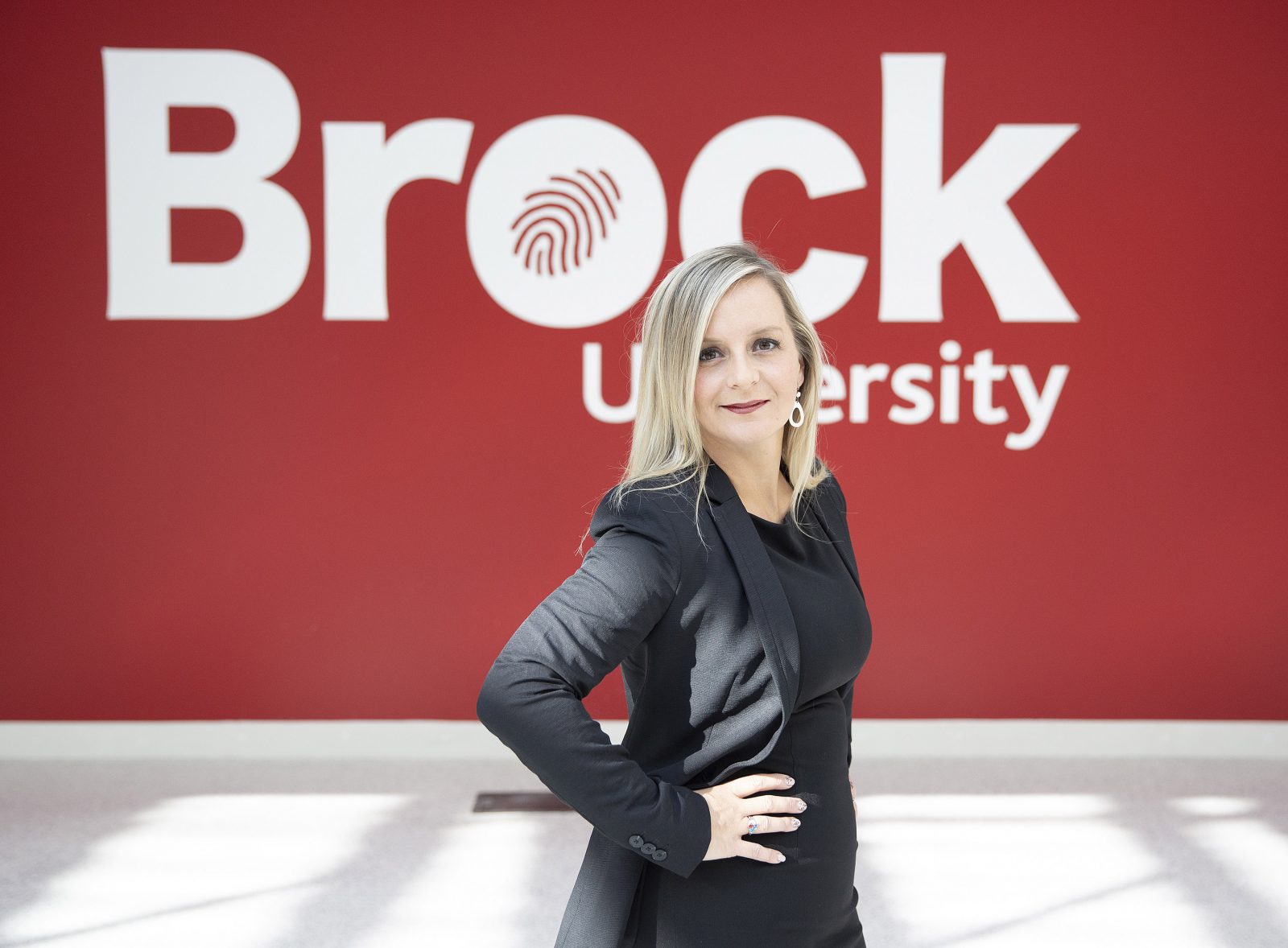 Cara Krezek knows her new responsibilities will be deeply influenced by the Brock experience.

As more than 60 representatives from Co-operative Education and Work-Integrated Learning Canada (CEWIL) visit Brock for their annual general meeting on Thursday, Oct. 17, Krezek, Brock’s Director of Co-op, Career and Experiential Education (CCEE), will become the organization’s next national president.

Krezek first joined CEWIL when she became CCEE Director in 2015. At that time, CCEE expanded its mandate to intentionally bring together Co-op with other types of experiential opportunities while also focusing on career education. These steps allowed Brock to emerge as a trailblazer in CEWIL, and for Krezek to step into leadership roles on the organization’s national board. Many of the initiatives CEWIL was looking to do on a national level had already begun at Brock with the University’s investment in resources to expand its focus on experiential and career education, being one of the first of its kind in Canada.

Thanks to CEWIL’s resources, Krezek’s CCEE team at Brock is now offering experiential opportunities in 100 per cent of the University’s programs, implementing a comprehensive co-op resource program for first-year students, hosting multi-day workshops for instructors to develop and enhance experiential elements in their programs, and partnering with other institutions to provide tools to enhance national WIL development efforts.

“Through our involvement with CEWIL, and now taking on the role as President, we are able to further showcase what we are doing here to our colleagues and partners across the country,” said Krezek. “We are also eager to help move the WIL ecosystem forward as CEWIL strives to build capacity for quality work-integrated learning opportunities for students — just as we have here at Brock.”

To do this, Krezek will oversee CEWIL’s ongoing efforts to intentionally integrate students’ academic studies with learning in a workplace by partnering with all levels of government, employers and community members — efforts which, at Brock, have led to 43,000 experiential opportunities completed by students annually and a 700 per cent increase in students seeking one-on-one career appointments.

For Krezek, who has worked at Brock for nearly 14 years, the journey to take on such a high-profile role while continuing to lead CCEE couldn’t have been achieved without support from the University.

“Brock has always encouraged me to be engaged in the community,” she said. “It’s one of the things I have loved about working at the University — my work isn’t contained on campus. Through these experiences, I have learned about governance and community, and I am looking forwarding to taking my learnings and passion to lead this national board.”

While executing her new duties, Krezek will also continue to lead CCEE.

Anna Lathrop, Brock’s Vice-Provost, Teaching, Learning and Student Success, said Krezek’s leadership not only galvanized the Brock experiential brand, but had a major impact on post-secondary in Canada.

“When Cara became the Director of Brock’s unified Co-op, Career and Experiential academic support unit in 2015, she brought to this position a conviction that work-integrated learning, community engagement and career development were three essential and interrelated facets of the Brock student-centred experience,” said Lathrop. “Brock is exceptionally proud this leadership has been recognized by virtue of her election as the incoming President of CEWIL Canada.”

As she prepares to embark on a busy year, Krezek is ready for the challenge ahead.

“I’m a mixture of excited and humbled,” she said. “There are so many amazing people who have come before me, who have made a major difference in the experiences and opportunities available for Canadian students, and I’m ready to follow in their footsteps. I’m excited for this opportunity and thankful for the support of the CCEE team, and of Brock, for allowing me to take on this role.”