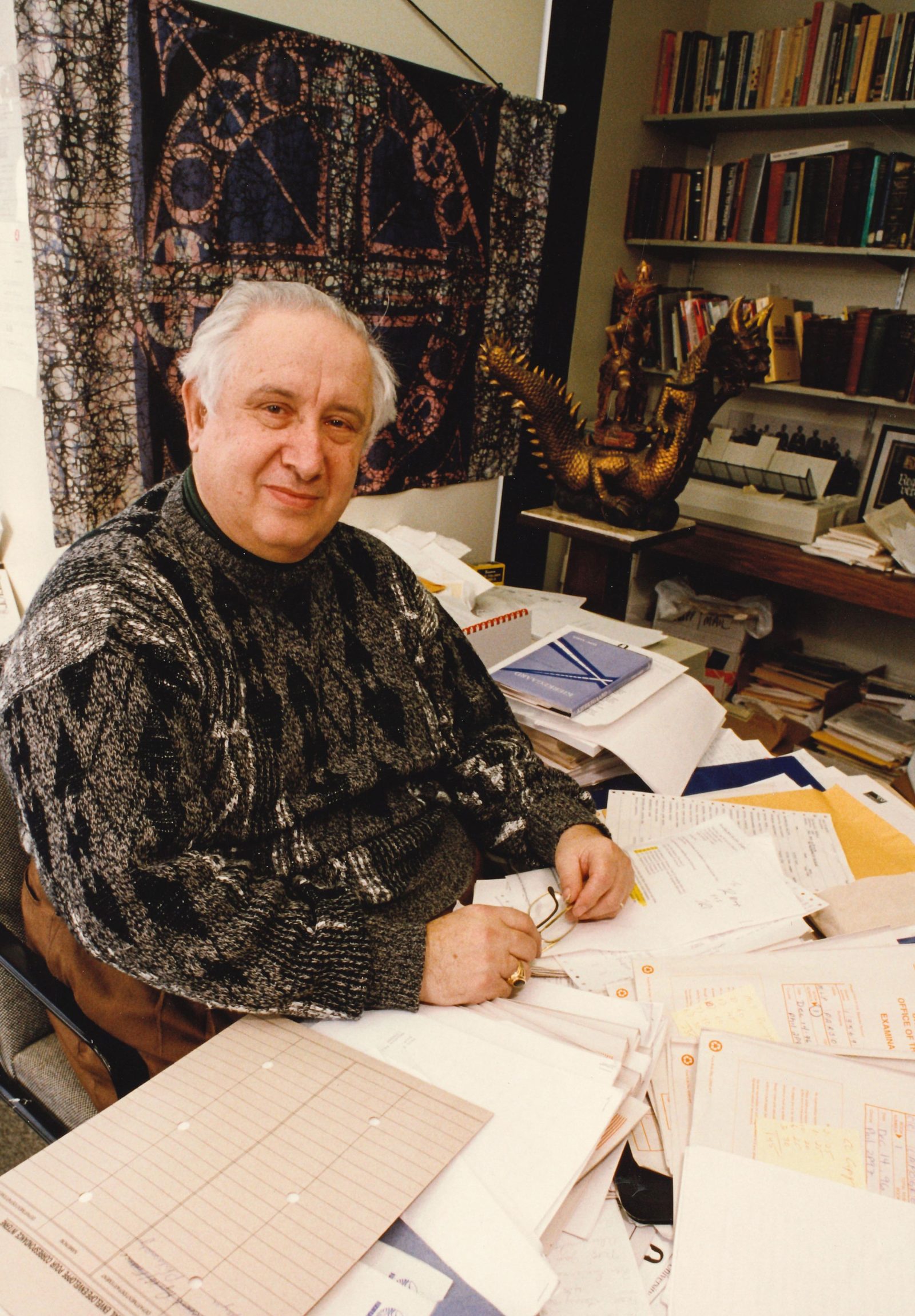 John R. A. Mayer (de Berncastle), Professor Emeritus and founding Chair of the Department of Philosophy, passed away Tuesday, Oct. 1.

The University is saddened to learn of the passing of John R. A. Mayer (de Berncastle), Professor Emeritus and founding Chair of the Department of Philosophy. He passed away Tuesday, Oct. 1 at the age of 86.

Mayer was born in Budapest, Hungary in 1932 and immigrated to Toronto as a child. He taught philosophy at McMaster University before joining Brock in 1965, where he became founding Chair. He was appointed to the new position of Associate Dean of Arts and Science at Brock in 1968, where he remained until he retired in 2000.

In 1972, concerned that continental philosophy and the growing interest in Eastern philosophy was not being taken seriously in Canada, Mayer and his colleague G. M. C. Sprung conceived the idea of a Masters of Philosophy program. Mayer’s research interests included religion and secularity, Nietzsche, Neoplatonism and postmodernity, and education. A collection of his articles and presentations are in the University’s Archives and Special Collections.

Mayer was known for his wisdom, generosity, principles and compassion. He was an active part of the Brock Philosophical Society, a group of Brock alumni, faculty, students and Niagara community members interested in open discussion of ideas.

“Professor Mayer was one of the founders of Philosophy and Humanities at Brock, and gave generously of his expertise, time and institutional knowledge during all of his years with the University,” says Faculty of Humanities Dean Carol Merriam. “Even after retirement, he continued to be active as a scholar and be involved in the activities of the University. Professors like John Mayer helped create the University that we are proud to serve today, and we remain grateful to his legacy.”

Mayer donated more than $10,000 to Brock in student awards and bursaries and was involved in countless community organizations.

A memorial service will be held Sunday, Oct. 6 at 2 p.m. at the Unitarian Congregation of Niagara, 223 Church Street, St. Catharines. In his memory, the flags at Brock will be lowered to half-mast Monday, Oct. 7.

In lieu of flowers, donations may be made to the Professor John Mayer Scholarship Fund at Brock or the Unitarian Congregation of Niagara.