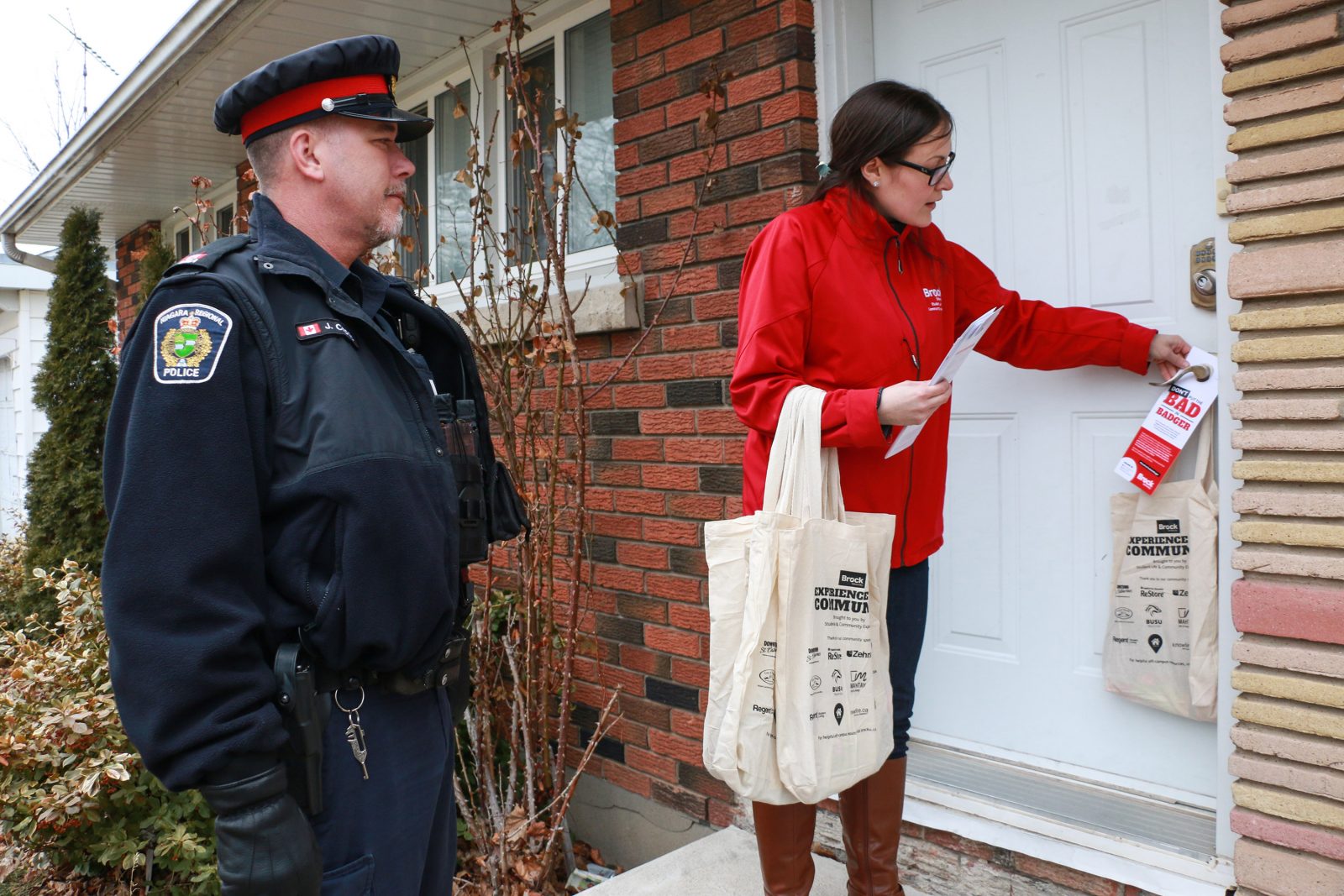 As Halloween approaches, Brock University is working with local municipalities and the Niagara Regional Police to educate its students about being good neighbours and making smart decision.

Two awareness campaigns kicked off Thursday, Oct. 24 reminding students that Culture is not a costume and Don’t put the bad in Badger.

The Culture is not a costume campaign, being run in collaboration with Brock Human Rights and Equity Services (HRES), the Student Justice Centre (SJC) and the Brock University Students’ Union (BUSU). The campaign includes posters on campus and a social media campaign. The SJC also offered a workshop this week titled “Spooky, not Racist,” which deal with racism and cultural appropriation around Halloween.

The Don’t Put the Bad in Badger campaign was launched several years ago by Brock’s Off-Campus Living and Neighbourhood Relations (OCLNR) office and has since been adapted for use during Homecoming, Halloween and St. Patrick’s Day. The campaign focuses on responsible partying, safe drinking, consent, how to comply with local by-laws and fire safety.

“We want our students who choose to celebrate Halloween to do so safely,” said Brad Clarke, Director, Student Life and Community Experience. “We expect them to act responsibly and to be respectful of others, both on-campus and in our local communities.”

Leading up to Halloween next week, OCLNR staff will set up community engagement stations around campus to further educate students.

On Wednesday, Oct. 30, Brock’s OCLNR, along with BUSU leaders, municipal by-law enforcement officers and the NRPS will go door-to-door in higher density student areas to hand out ‘Good Neighbour Kits’ with information and resources.

On the same day, Brock’s Student Wellness and Accessibility Centre, along with HRES, will be hosting an event in Market Hall titled #Unblurthelines Wellness Fair, which will build awareness around consent, alcohol, substance use, safe partying and healthy communication.

Students will be offered a variety of alternative programming to traditional Halloween parties in the days leading up to and including Oct. 31.

There will be a trip to Howell’s Pumpkin Farm Friday, Oct. 25, Canada’s Wonderland for Halloween Haunt on Saturday, Oct. 26 and an event at Alphie’s Trough hosted by OCLNR and Brock’s Faith and Life Centre on Wednesday, Oct. 30 that will include pumpkin decorating and other Halloween-themed activities.

For the Halloween Pub Night on Thursday, Oct. 31 at Isaac’s on campus, HRES and BUSU staff will be checking for inappropriate costumes. BUSU will have 20 security staff working that night, while Brock Campus Security Services will have four officers dedicated to the event.

Campus Security will have a full shift of staff working Oct. 25, 26, 31, and Nov. 1 and 2, and OCLNR is subsidizing the cost of hiring additional NRPS officers to assist with neighbourhood patrols on each of those nights. Brock’s Department of Residences has also hired additional NRPS officers to assist with on-campus patrol on Oct. 31. Additionally, as part of the Brock Off-Campus Patrol pilot project, Brock will patrol off-campus neighbourhoods in Thorold and St. Catharines this weekend and next, allowing them to notify NRPS if any situations arise.