Terry Fox-funded research to be highlighted at annual run Sunday 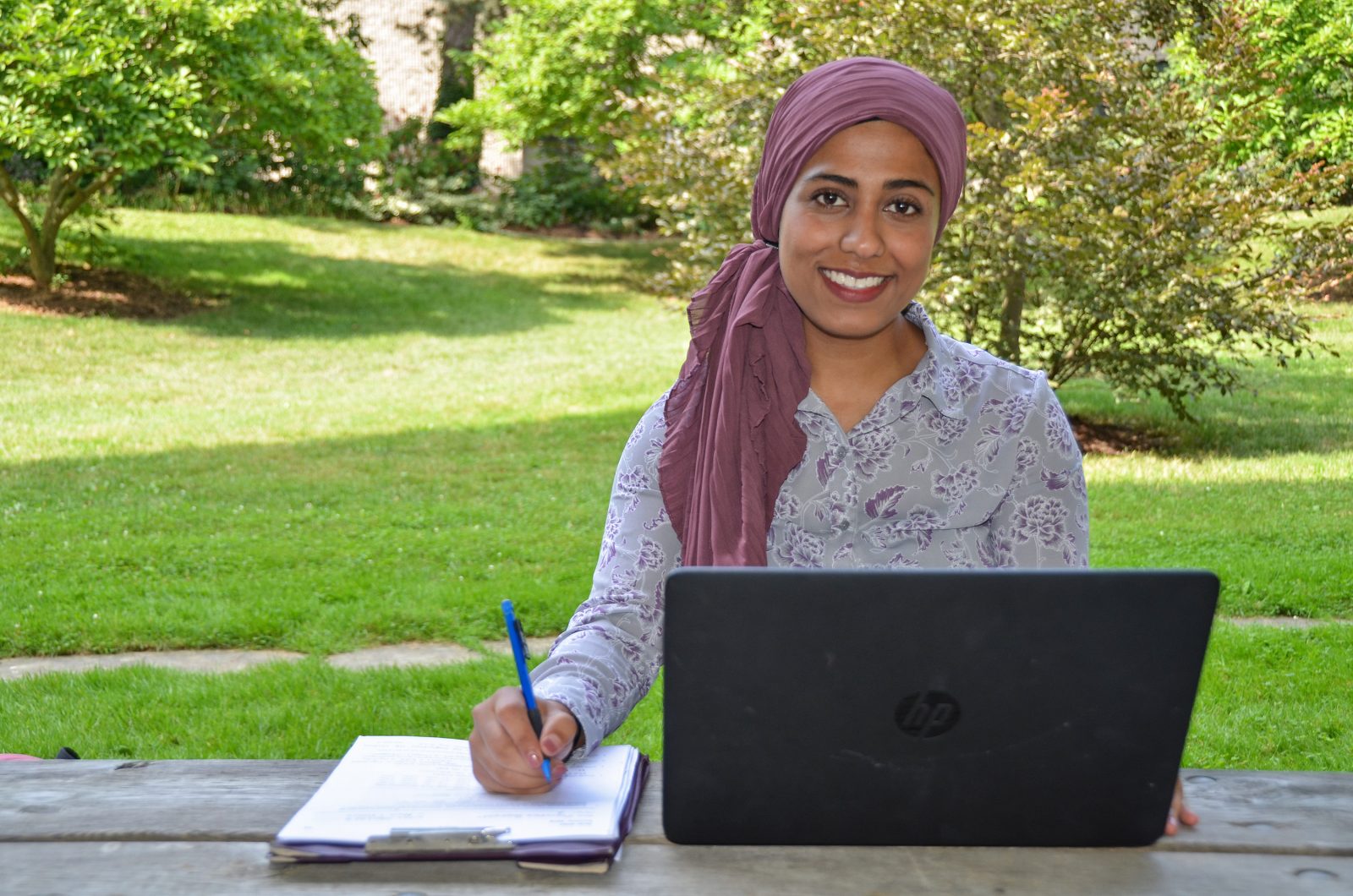 Mahmud is researching a component of a lung cancer screening model created by her supervisor, Professor of Health Sciences Martin Tammemägi, funded by the Terry Fox Research Institute.

The day was beautiful, but for then-middle school aged Meera Mahmud, the stakes were high.

More than a decade ago, Mahmud, her two sisters and mother strolled along the Terry Fox Run route, enjoying the warm weather and clear sky. Her father, an avid runner, occasionally whizzed by, completing the route multiple times.

For Mahmud, the Run was personal.

Two of her aunts and her grandmother were all battling cancer. During this Run and others throughout the years, Mahmud shared stories with fellow participants about their experiences with the disease.

She had no idea where her admiration of Terry Fox would take her.

“I never thought, back in Grade 7, that I would actually be conducting research connected to the Terry Fox Research Institute,” says the Health Sciences graduate student. “It’s a very mind-blowing realization.”

Mahmud is researching a component of a lung cancer screening model created by her supervisor, Professor of Health Sciences Martin Tammemägi, funded by the Terry Fox Research Institute over a five-year period.

The model is accompanied by a spreadsheet calculator housed on Brock University’s Lung Cancer Risk Calculator website. Individuals, universities, research institutes, hospitals and medical practices that are not-for-profit are free to download and use the tool.

When she first started working for Tammemägi, Mahmud was fine-tuning various aspects of the model.

Now, she is further refining the model by investigating who should avoid screening, specifically people who have serious illnesses such as respiratory and cardiovascular diseases, “which puts them at a risk of dying from different causes before they could die from lung cancer,” says Mahmud.

This is an important concern as individuals being at high-risk of death from non-lung cancer causes will not benefit from screening.

“We’re trying to avoid putting somebody through complicated testing and then surgery if they’re not going to benefit,” says Tammemägi.

Mahmud is passionate about Tammemägi’s lung cancer screening model and the importance of early testing.

“Lung cancer is the number one leading cause of cancer death in Canada,” says Mahmud. “That’s greatly due to the fact that it’s diagnosed at such a late stage when treatment is unlikely. When it comes to diseases like this, early screening is what’s going to save lives and protect people at the most critical stage.”

Mahmud will be among speakers opening this year’s St. Catharines Terry Fox Run, to be held at Brock University on Sunday, Sept. 15 starting at 10 a.m., with registration beginning at 9 a.m.

She will also be demonstrating Tammemägi’s lung cancer screening model and discussing her research during a tour of two cancer research labs at the University following the Run.

Registration for the run is available on the Terry Fox Foundation website, where you can join as an individual, create your own team or join the Brock University team.