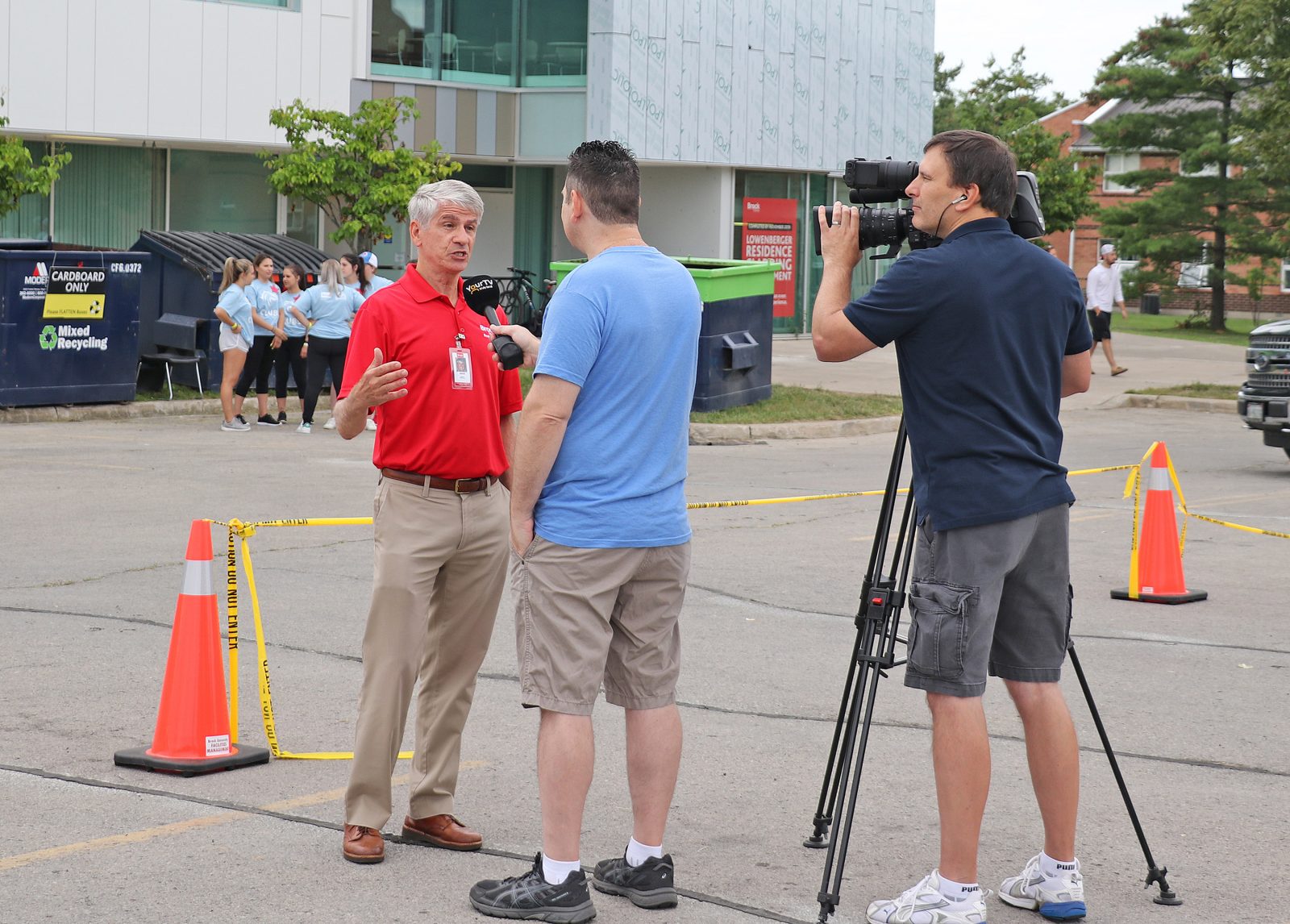 Feds commit $29 million to 2021 Summer Games: Newstalk 610 CKTB, The St. Catharines Standard, CBC and CHCH covered the announcement of a $29-million commitment from the federal government to fund the 2021 Canada Summer games in Niagara. Along with projects throughout the region, the funding will allow for the construction of new athletic facilities on Brock University land.

Addressing the monster known as bully: Child and Youth Studies Professor Tony Volk spoke about the short- and long-term effects of bullying on children in a Toronto Sun article, an hour-long discussion with CBC Radio and dozens of other print articles.

The ‘Freshman 15’ can be real — here’s how to stay on track: Brock University research conducted by Adjunct Kinesiology Professor Andrea Josse, which examines the pattern of men gaining twice as much weight as women in their first year of university, was featured in articles from Global News and The Toronto Star.

Brock University welcomes its incoming first-year students: The efforts of more than 600 volunteers to move 2,400 students into Brock University residences during the Labour Day weekend were discussed in articles in the St. Catharines Standard and Niagara This Week, as well as in reports from CHCH, Newstalk 610 CKTB and YourTV Niagara.

Parties pushing equality agenda could face gender ‘fatigue’ from voters: In articles from the National Post, Ottawa Citizen, City News and dozens of other media outlets across the country, Associate Professor of Sociology Kate Bezanson warned that the Liberal government might face criticism from people who feel it is not focusing enough on gender equality, while others feel they may be focussing too much in that area.