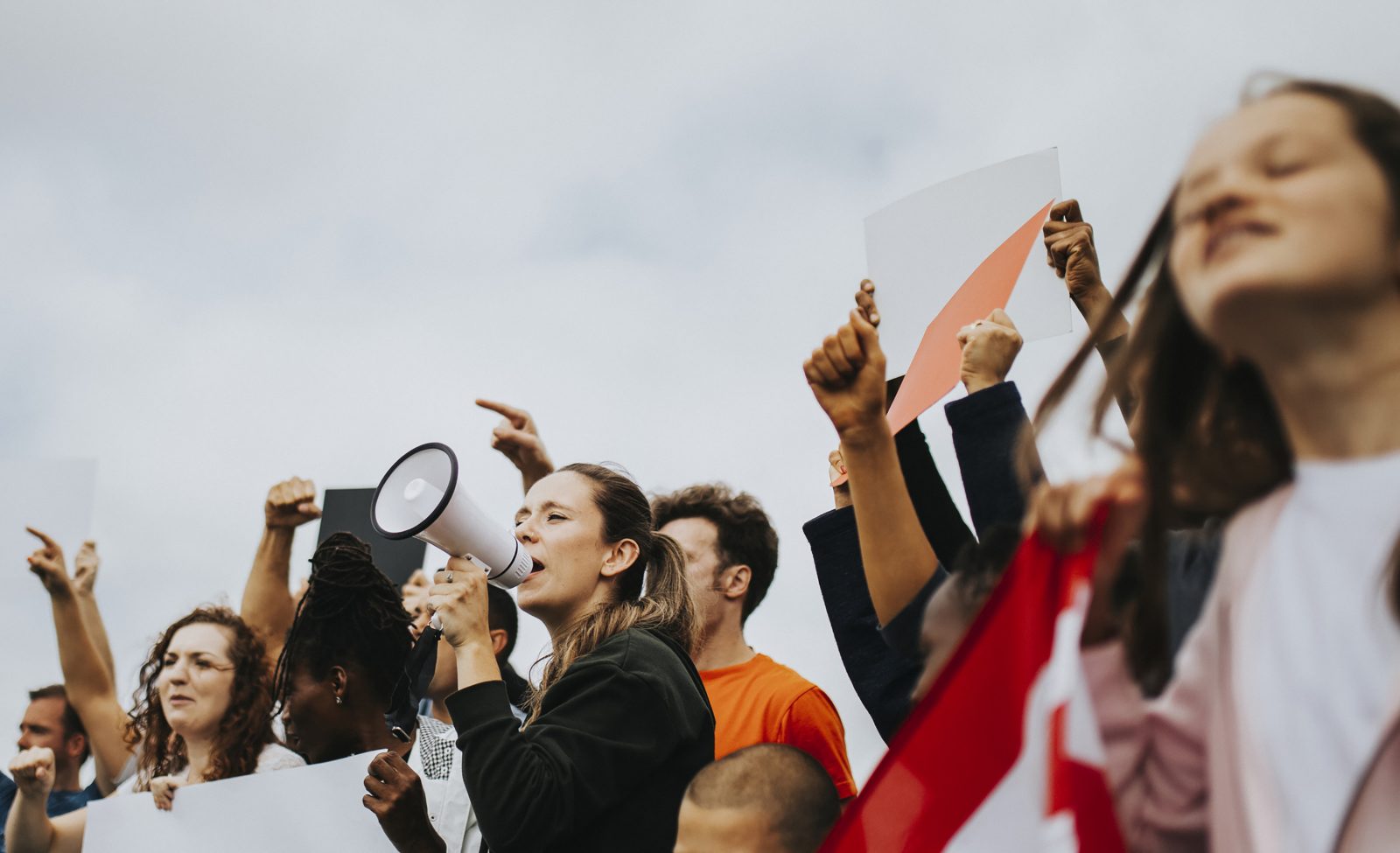 With the United Nations marking Monday, Aug. 12 as International Youth Day, two Brock University professors say today’s youth are taking matters into their own hands to solve the world’s problems.

“Young people seem to be changing the world,” said Shauna Pomerantz, Associate Professor of Child and Youth Studies (CHYS). “I don’t recall living through a time where young people have been so vocal, active and heard.”

The United Nations established International Youth Day to celebrate and encourage youth around the world. This year’s theme — transforming education — highlights efforts, including efforts by youth themselves, to make education more relevant, equitable and inclusive.

According to Pomerantz and her CHYS colleague, Professor Rebecca Raby, a key to transforming education would be to acknowledge inequality and confront ideology that values independence and self-reliance above compassion and community. 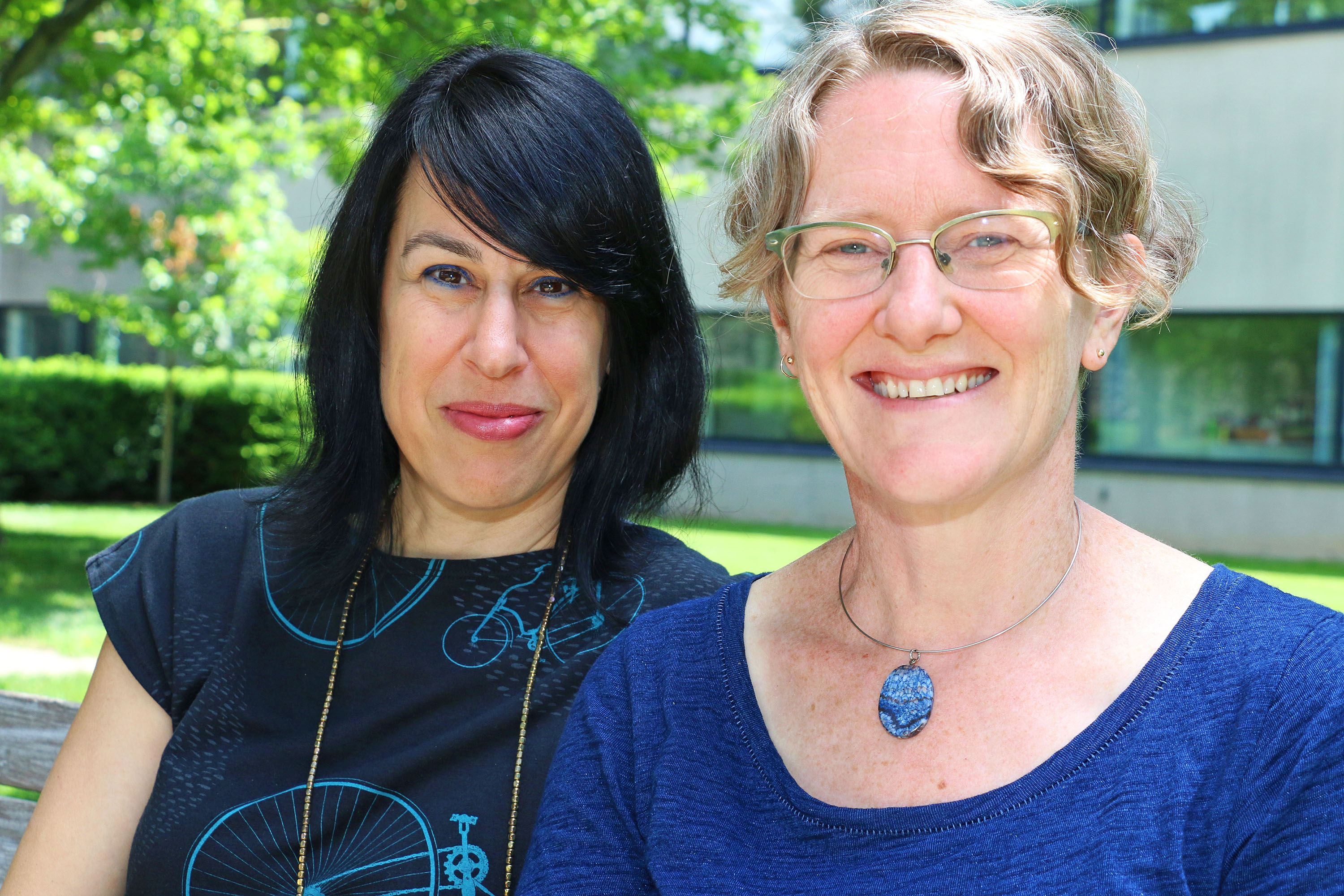 Brock University Associate Professor Shauna Pomerantz, left, and Professor Rebecca Raby from the Department of Child and Youth Studies say young people are speaking out about social issues at a younger age than ever before.

“Tackling things such as gender inequality, racism, heterosexism and environmental degradation in schools would contribute to the notion that we are an interconnected community of people who need to support and help each other,” said Pomerantz. “And that can only benefit everyone in the end by creating more support systems, by helping people do well, by helping people achieve satisfying careers and goals.”

The complexities of academic success, in particular when it comes to ‘smart girls,’ has been one focus for Raby and Pomerantz. Their research points to the importance of school culture in nurturing student success “for diverse young people, including LGBTQ kids and new immigrants who face particular challenges right now,” said Raby.

“It’s not the case that we’re post-racism, post-classism and post-sexism,” she said. “It doesn’t do anybody any favours to pretend these issues don’t exist.”

When it comes to gender diversity, “broadening what is acceptable in the school is a gateway to endless possibilities,” said Pomerantz. “That’s what transformation in education can mean — not just changing curriculum, hiring excellent teachers or creating policies, but at the social level broadening what is possible in all directions.”

Raby and Pomerantz agreed that, while “great work” is currently being done in many schools, there remains lots of work to do.

When they wrote Smart Girls: Success, School, and the Myth of Post-Feminism, Hillary Clinton looked poised to become the president of the U.S., a sign for many that gender equality had been achieved.

Instead, the election of Donald Trump “confirmed for many girls and women that gender inequality continues to exist and needs confrontation,” Raby said.

The 2017 book investigated how self-identified smart girls managed their academic and extra-curricular achievements while dealing with stress, perfectionism, race and class issues, and sexism. Barely two-and-a-half years later, the authors wonder how different the focus of that book would be if they were writing it now.

“I think the smart girl today would probably talk about political engagement of some kind,” Pomerantz says. “There would be a broader awareness of the need for activism and the need to be heard.”

Adults often fail to recognize the extent of young people’s involvement or their right to a voice in the present, said Raby. For example, the civics classes that are compulsory in many Canadian high schools tend to be framed as a way to prepare kids for adulthood. But today’s youth aren’t prepared to wait that long.

“This seems to me to be the largest shift I have seen,” said Pomerantz, pointing to the many “incredible student-led activist movements” around the world, including standing up against sexism, gun violence, the climate crisis, cuts to education and environmental degradation.

For some young people who feel they must “do it all,” adding political activism to the list of pressures facing them can be overwhelming.

“The need to be conventionally attractive, super smart, athletic, and now also to be outspoken and involved can take a toll on young people,” Raby said.