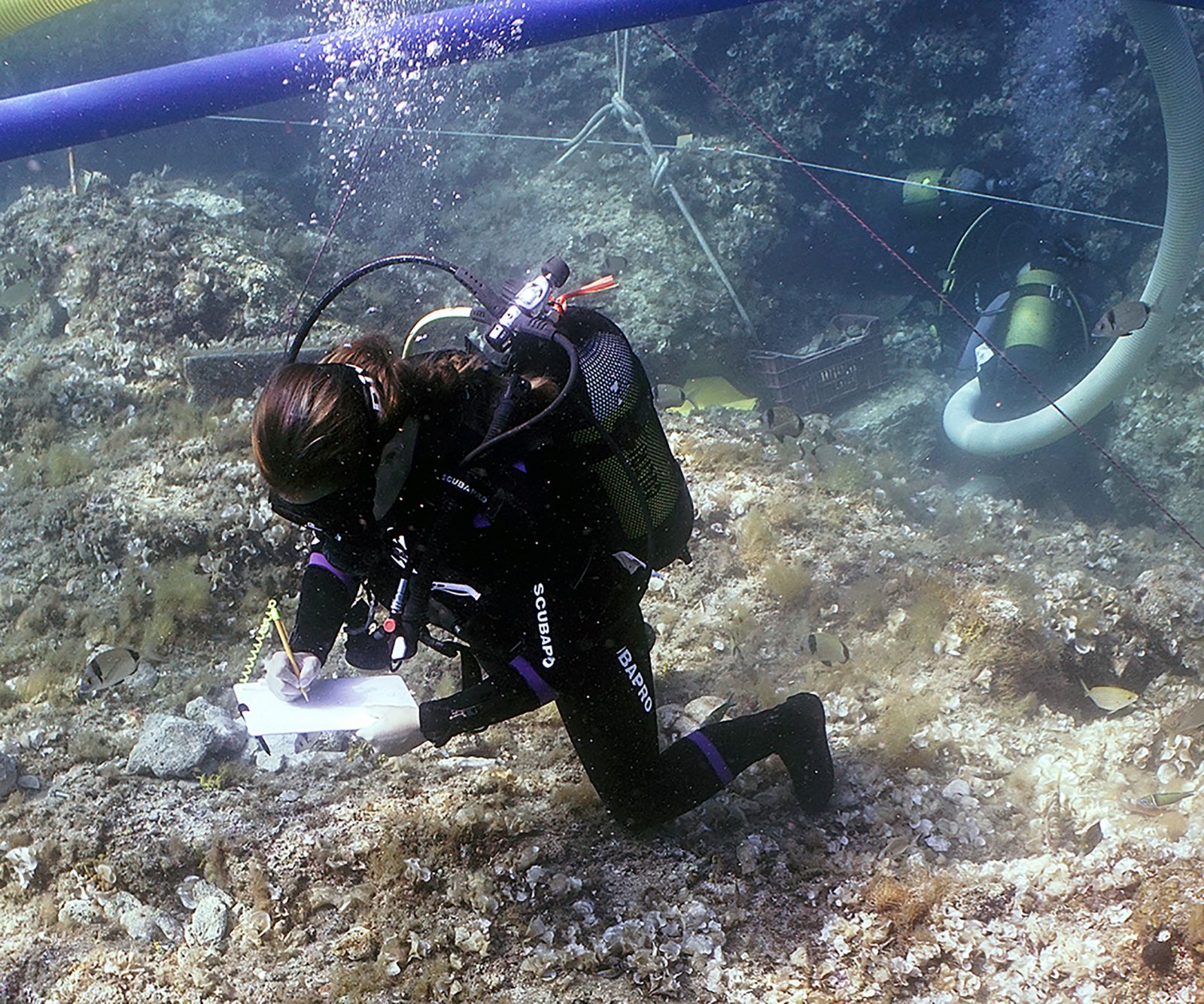 Beneath the waters off the southeast coast of Sicily lies a shipwreck that tells scintillating tales of ancient Mediterranean commerce, culture and connectiveness.

The so-called ‘Church Wreck’ that dates back to the sixth-century AD transported marble components of a late antique church as its primary cargo.

During their seven years of study at Marzamemi, Italy, Brock University Associate Professor of Classics Elizabeth Greene and collaborators from Stanford University, Suor Orsola Benincasa University, and the Soprintendenza del Mare in Sicily have also found ceramic containers that were likely filled with wine or olive oil, the sailors’ own dining wares, and nails from a surprisingly lightly built vessel.

Greene and her colleagues are eager to share their research findings with a broad audience in a vivid, interactive and engaging way, linking the church wreck to other maritime activities such as naval warfare, fishing and migration.

They will now be able to do so thanks to funding from the Canada Foundation for Innovation’s John R. Evans Leaders Fund (JELF).

Greene is among three Brock researchers being awarded more than $455,000 from the fund, which helps “exceptional researchers at universities across the country conduct leading-edge research by giving them the tools and equipment they need to become leaders in their field.”

Associate Vice-President, Research Michelle McGinn lauds the JELF, saying that such support is foundational for Brock and other universities “to pursue work that makes a difference in society.

“This work cannot happen without substantial investment in infrastructure,” she says. “I’m excited that this funding places state-of-the-art equipment into the hands of our researchers and scholars as they contribute greater knowledge and insights into their fields.”

Among the equipment and software Greene will be purchasing is a 3D laser scanner for recording, reconstructing and displaying ancient and historic watercraft. This and other equipment will shed light on “contemporary issues of human connectivity,” says Greene.

“Guided by new advances in technology for 3D documentation, our innovative approach to heritage situates archaeological exploration of the past as a means of gaining perspective into present and future experiences of the people who cross the Mediterranean and the seas that divide and bridge our global society,” says Greene.

With his funding, Nikonov will be replacing a key part of Brock’s Nuclear Magnetic Resonance (NMR) spectrometer.

“NMR spectroscopy is the main physico-chemical technique for characterizing a wide spectrum of organic, biological and inorganic objects,” says Nikonov, noting that the current console, which is to be replaced, is outdated and obsolete.

“The new, replacement console and its accompanying software will support Brock’s current and future research endeavours in chemistry, physics, biochemistry, biotechnology and biology,” he says.

With his funding, Razavi will be purchasing a Scanning Electron Microscope (SEM), “a fundamental piece of infrastructure that every research-intensive university should own because it is of such widespread use in all areas of science,” he says.

The SEM is an “essential tool” that examines the micro-structure of materials and the elemental composition of compounds. Razavi says the microscope is used in physics, health and life sciences research.

“This grant was made possible with the added contribution of Professors of Physics Maureen Reedyk and David Crandles,” he says.

The Canada Foundation for Innovation invests in state-of-the-art facilities and equipment in Canada’s universities, colleges, research hospitals and non-profit research institutions with the aim of attracting and retaining the world’s top talent, training the next generation of researchers and supporting world-class research that strengthens the economy and improves quality of life.