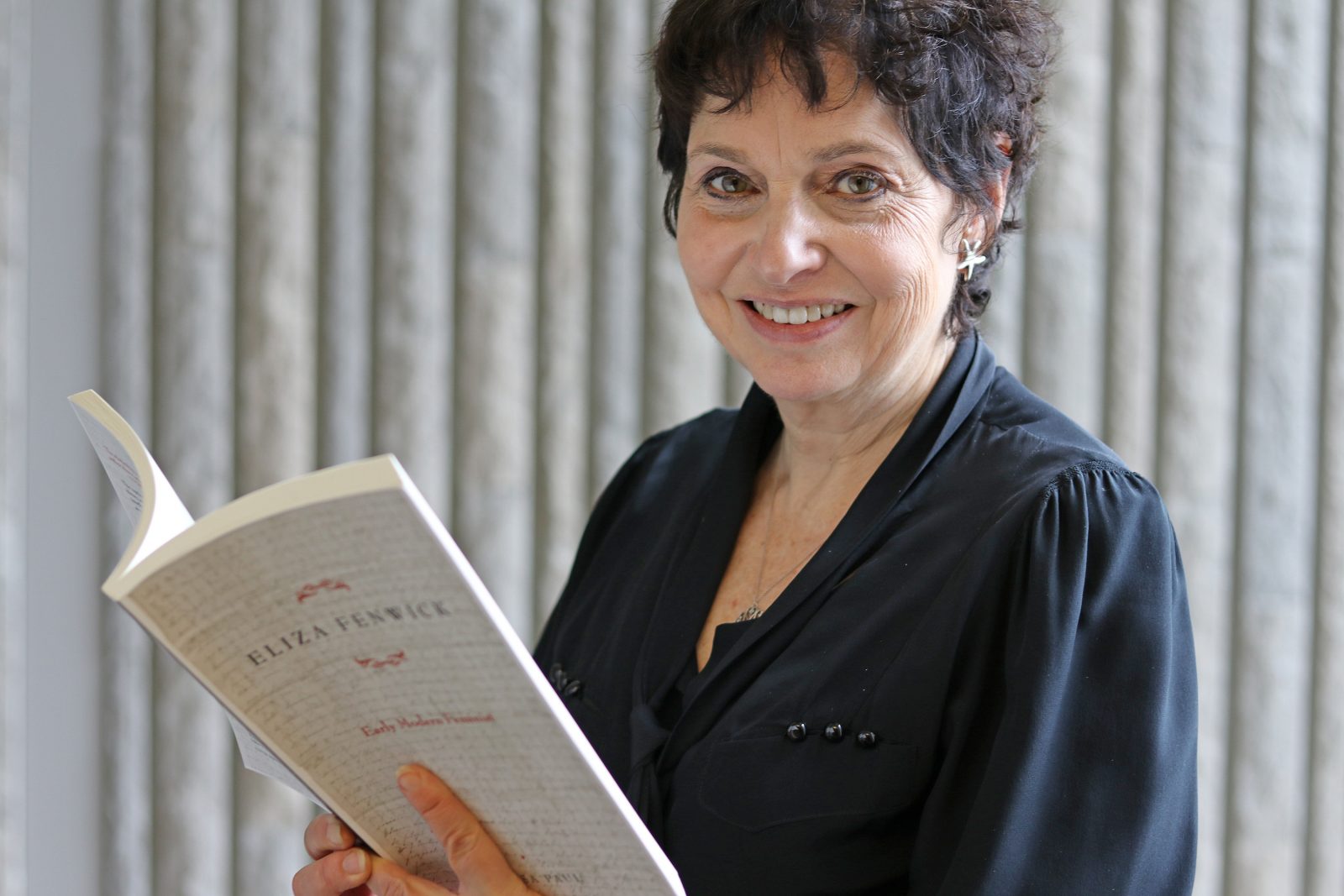 Lissa Paul recently published a book tracing the journey of Eliza Fenwick (1766-1840) from being a promising writer at the centre of radical London in the late 1700s to running a school in Niagara-on-the-Lake.

Brock University’s Lissa Paul has spent countless hours examining archives in four countries to track down information on a woman who died nearly 180 years ago.

For many years, the Faculty of Education professor has been drawn to the story of Eliza Fenwick (1766-1840), an educator and author who Paul believes helped shape Canada as we know it.

She says Fenwick’s story, although largely forgotten, “speaks to what we still want: financial and social security and a place to call home. And it speaks to the kind of country that Canada has become: a welcoming place.”

In her latest book, Eliza Fenwick: Early Modern Feminist, Paul traces Fenwick’s journey from being a writer in England to running a girls’ school in what is now Niagara-on-the-Lake and serving as mistress of the Boys Boarding House for Upper Canada College in Toronto at the end of her career.

“What I try to show in the book is that she is an early-modern feminist, but I think she also stands as a Canadian heroine,” said Paul. “She was living what we now see as the immigrant’s dream of establishing a life for herself and her family when she had nothing with which to support herself except her own intelligence, her own skill at networking and her own drive.”

A talented writer, Fenwick wrote 10 books during the 1790s and early 1800s, including edited collections for children and one published novel for adults.

“As a children’s literature specialist, I first encountered Fenwick a long time ago, in her 1805 product-placement novel Visits to the Juvenile Library,” said Paul.

Fenwick was well connected with some of the most famous authors and figures of the period, including William Godwin, Samuel Taylor Coleridge, William Blake and William and Dorothy Wordsworth. As a friend of Mary Wollstonecraft, Fenwick attended the birth of her daughter Mary (later Shelley) and cared for Wollstonecraft as she died of septicaemia following her daughter’s birth.

“She knew everybody who was anybody in radical London of the period, when modern democracy was being conceived, slavery was being abolished, feminism was being invented and when education was undergoing radical shifts,” said Paul.

Following a series of fragmentary clues, Paul eventually found herself at the New York Historical Society reading a set of unreferenced and unindexed letters by Fenwick written from Niagara and Toronto to American friends. In her letters, Fenwick describes Canada as a hospitable place.

Paul described Fenwick as a dedicated educator who promoted her schools as being places where every child could learn and improve, reflecting modern ideas of differentiated instruction used today.

As an abolitionist and proto-feminist, Fenwick believed strongly in the importance of education for all. She saw education as a form of freedom and “believed in liberation through literacy,” explained Paul. “That was one of her fundamental goals.”

On a personal level, Paul was drawn to Fenwick’s writing, her approach to education and her persistence in the face of the challenges that led her from England to Canada via Barbados, New Haven and New York.

Fenwick’s husband left the family, leaving her to support two children at a time when women had limited economic opportunities. In search of financial security, Fenwick wrote, worked as a governess and eventually moved to Barbados to start a school for wealthy girls with her daughter. After her daughter’s death in 1828, Fenwick moved with her grandchildren from New York to Niagara-on-the-Lake to start a school with Mary Breakenridge, a member of the influential Baldwin family.

One of the most significant outcomes of Paul’s research into Fenwick was her discovery that the existing microfilms of the Barbados Mercury Gazette (1789-1839) were literally crumbling apart. This led her to develop and participate in a British Library Endangered Archives Programme Grant to save this valuable resource and make it available to future researchers.