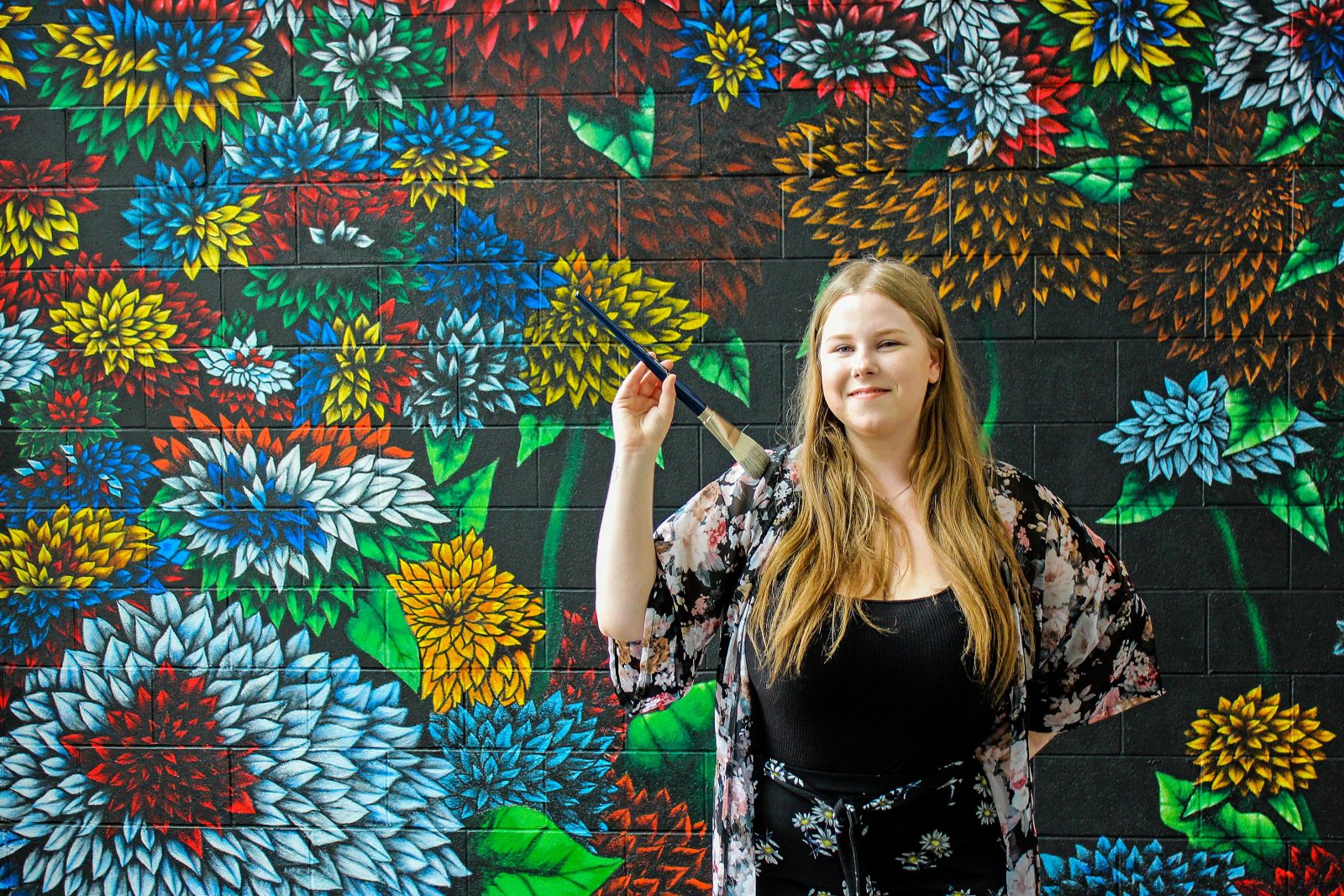 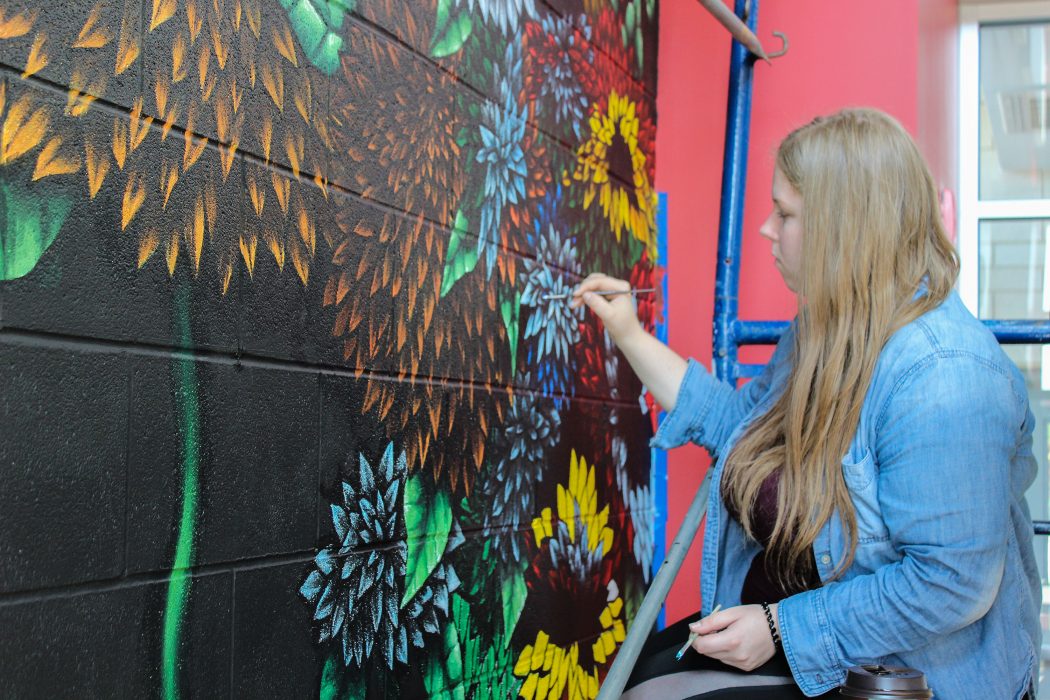 It is by far the largest project that Trimble-Kirk has ever worked on. Her previous record was four six-by-three-foot paintings for a third-year class.

The experience led to a number of firsts for the artist.

“I used scaffolding for the first time to complete the higher sections,” Trimble-Kirk said. “I had also never painted directly on brick walls and found myself learning to work with the texture rather than fight it.”