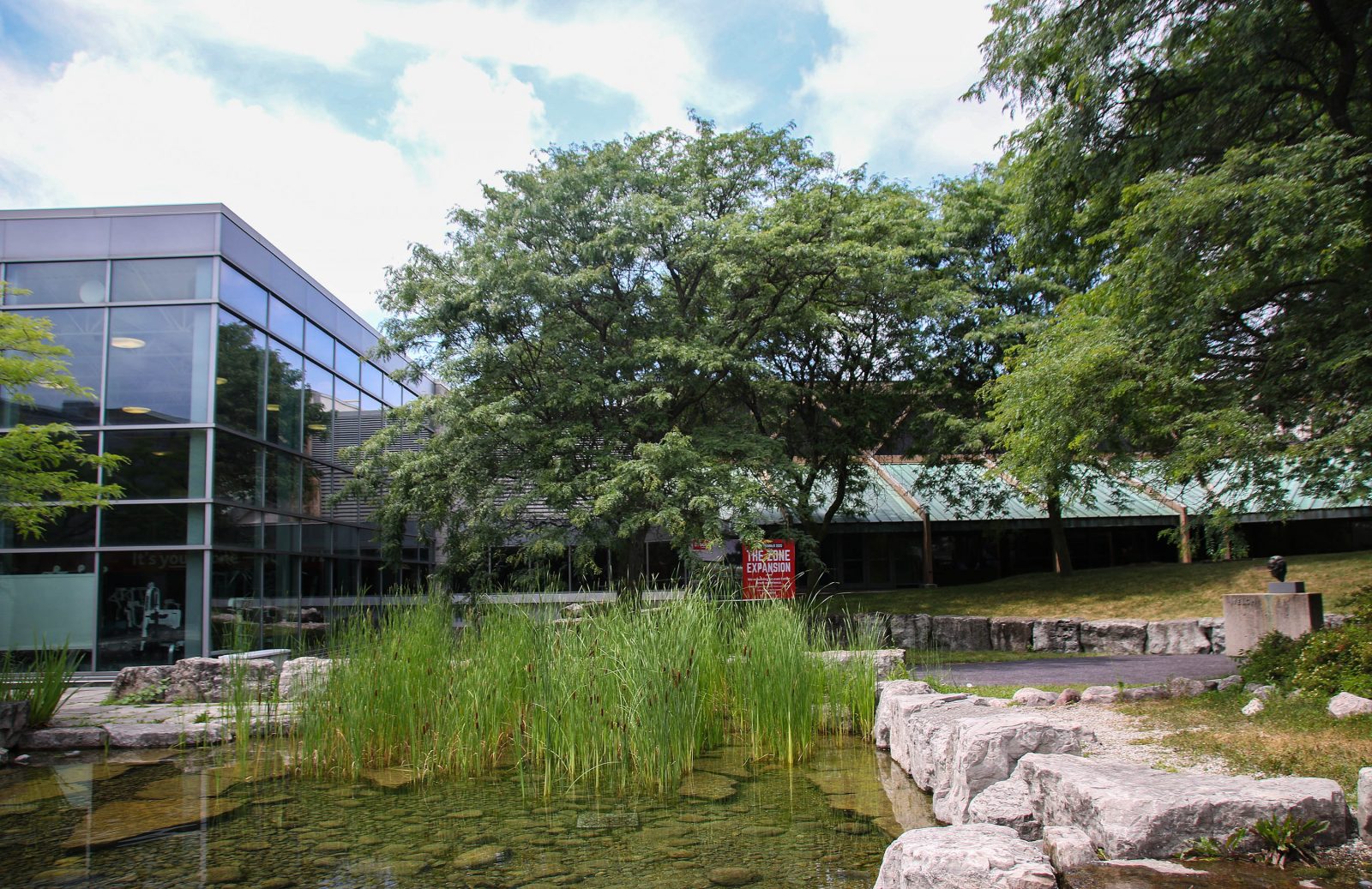 The year-long construction project that will triple the size of the Zone fitness centre is getting underway, and that means detours for people walking through the west end of the Brock campus.

The first activity begins Wednesday, July 31, when work starts on a temporary access road along the south wall of Thistle, near the Tim Hortons.

Financed by student fees and approved through a BUSU referendum in 2018, the project will transform the Zone into a state-of-the-art, two-level, 15,500-square-foot complex, up from its current 4,300 square feet.

Because the construction is taking place within the Walker Sports Complex courtyard, which has no access to outside roadways, the project will present unique challenges, including temporary closures of pedestrian routes so equipment and goods can be moved in and out of the job site.

“Safety is our first priority,” says Paul Smeltzer, Director, Capital Planning and Project Management. “We need to be strategic about how we get equipment and material into that area. It’s not as simple as just lifting everything over top of existing hallways and buildings and into the courtyard.”

The project is planned in four major phases.

Phase 1, expected to start on Tuesday, Aug. 6, will strengthen the roof inside the existing Zone building so it can be integrated into the expansion. To accommodate this work, the Zone will be closed from Aug. 6 to 31.

From Aug. 12 to 23, part of the corridor near the Walker Welcome Desk will be closed, along with the main stairway down to the lower level. People accessing the area around the Cage Equipment Room will be rerouted through the ramps and lower-level hallways in front of Ian Beddis Gymnasium. The elevator adjacent to the Zone will also remain operational.

Or people can take the shorter outdoor route along the roadway behind Walker Complex, to the rear entrance near the Leo Leblanc Rowing Centre.

Work will take place throughout August on the temporary access road in front of Thistle Complex, from the new Rankin Family Pavilion to Scotiabank Hall (near the General Brock store). During the project, the glass-walled corridor between Scotiabank Hall and South Block will be temporarily removed and pedestrian access will be cut off for brief periods while goods are moved in and out.

Phase 2, targeted for mid-to-late November, will see a new roof installed over the west and north sides of Walker Courtyard. This will require temporary closure of the corridor in front of the Walker Welcome Desk, as well as the stairs to the lower level and the east access to the Dance Studio. Some interruptions on the lower level are also expected.

This is to be completed and the corridor re-opened in time for December exams.

Phase 3, set for January and February 2020, will see demolition of the existing roof, again requiring closure of the Walker Welcome Desk and its corridor. Access to the Cage and other lower level areas will be routed through the ramps and hallways in front of Ian Beddis Gymnasium, or from outdoors. Access to the Dance Studio will be from the west corridor adjacent to the squash courts.

Finally, Phase 4 of the project will result in the connection of the new Zone to the existing Zone.

Detour signage will be updated throughout the construction phases to aid pedestrian traffic through the area.

The Walker Courtyard will be closed off for the duration of the entire project, then be restored to near-original form, including the existing ponds, which will be carefully covered, filled in and protected during the work.

A detailed map of detours during the project is available online and will be updated as necessary.

For detailed descriptions of recommended detours, as well as updates on the project as they become available, visit brocku.ca/recreation/zone-expansion