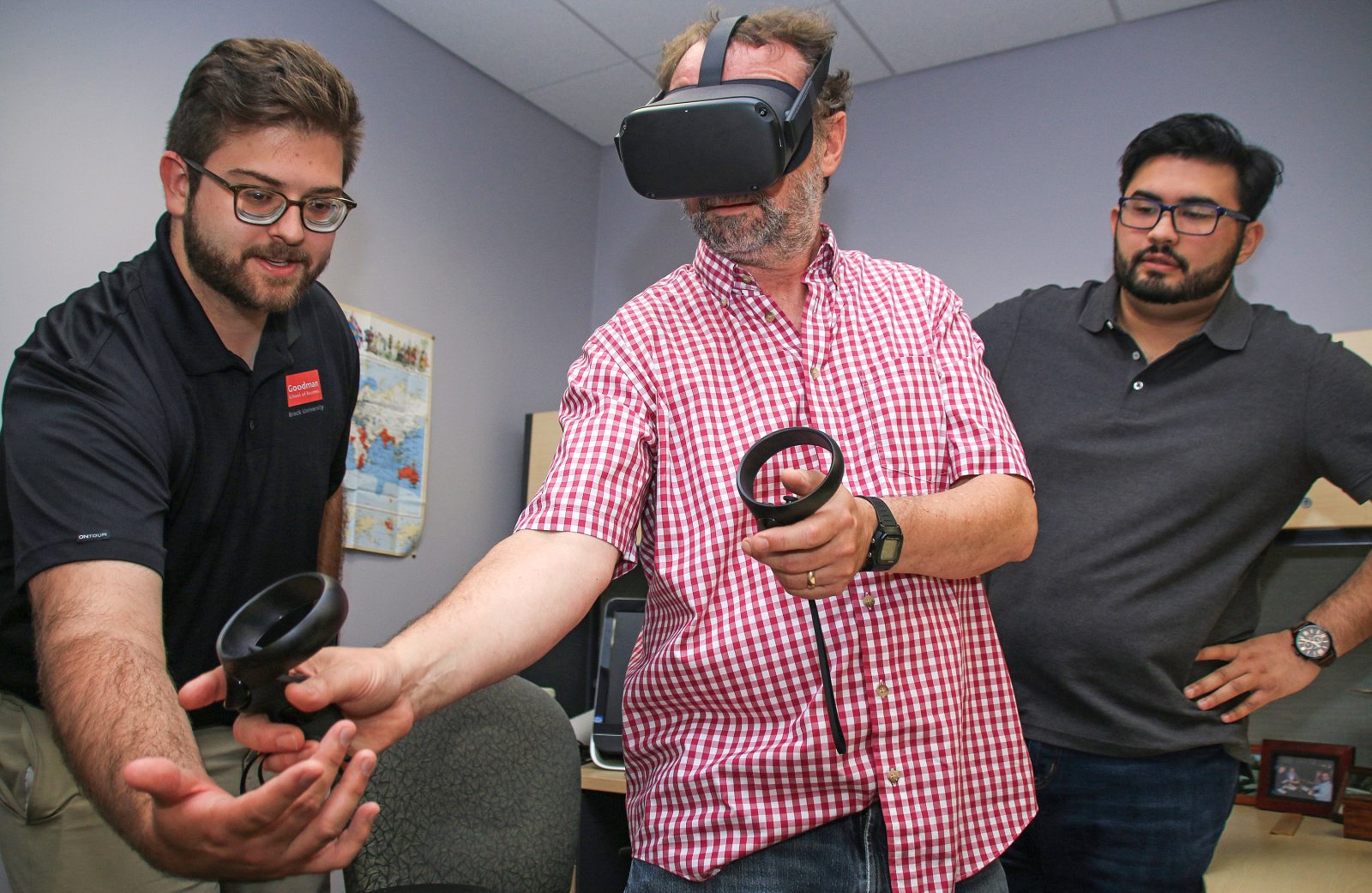 Martin Danahay has led many classroom discussions in his career, but nothing quite like this.

The Brock University English professor is eager for the arrival of the Winter Term, when he will take his Life Writing course into a recently-completed online 3D space.

Students wearing special virtual reality gear will gather in an experimental 3D classroom to discuss memoires, diaries and biographies, and interact with one another as their custom avatars.

Through Brock’s Chancellor’s Chairs for Teaching Excellence awards, Danahay was provided annual funding of $5,000 over three years for the project. The awards program supports initiatives that make a broad contribution to advance teaching, learning and educational technology at the University.

The funds allowed for the creation of the online seminar room, crafted from scratch by XpertVR, a company founded by current Brock students Evan Sitler and Drew MacNeil. Six virtual reality headsets will also be purchased in order for students in the course to experiment with the online space. 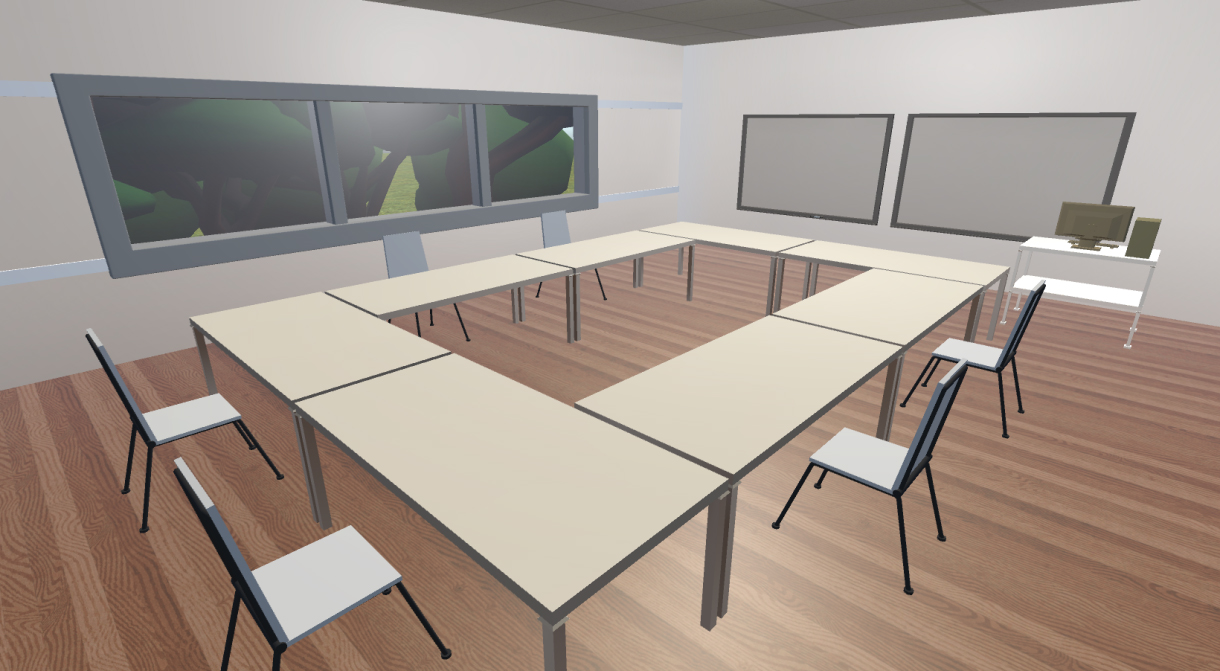 An online 3D classroom will be used as part of Martin Danahay’s Life Writing course during Brock University’s Winter Term.

“We’ve essentially been able to create a server that allows students to come together within this classroom from anywhere in the world,” said XpertVR lead programmer and fourth-year Brock GAME student Josh Egamino.

The classroom has been loaded into VRChat, a platform where people can interact in various 3D worlds.

“You can shake hands, wave at each other, move around the room and even write on the whiteboard,” Sitler, a fifth-year Business student, said of the new online Brock space. Moving forward, other objects can be added to the room to help users take on different tasks, such as conducting a science experiment, he said.

While some students will use headsets to participate in the immersive experience, the room will also be accessible to those without the specialized equipment. With a computer and a microphone, anyone granted access can see and participate in the online discussion.

“You can see the classroom through the computer screen, you’re just not as fully immersed as you would be with the headset on,” Egamino said.

The cost of VR technology has dropped significantly and within a few years is expected to be affordable for the average consumer, Sitler said, making its widescale use in an educational setting a real possibility.

Danahay and the XpertVR team have been working together for about 18 months to bring the project to fruition and prepare the classroom for testing.

“Students break out into groups and have discussions through text on Sakai,” Danahay said. “Through the experiment, one group of students will meet with me each week in the 3D space, and instead of typing to each other as we’ve been doing, we’ll just talk.

“I enjoy fully online classes just as much as my students do, but the one thing I miss is that engagement from being in a room talking to people,” he said. “Text doesn’t convey the same range of emotions that voice does.”

XpertVR will use photos submitted by students signed up for the course to create their custom avatars for the initiative.

“We want each student’s avatar to look as realistic as possible,” Sitler said.

At the end of the semester, Danahay will conduct qualitative interviews to see what, if anything, the 3D classroom added to the educational experience.

While platforms do exist where people can come together to interact, Sitler said he’s not aware of any rooms where post-secondary classes are gathering.

“This is pretty unique,” Danahay added. “With this kind of project, we’re getting closer and closer to having real-time online interaction and engagement for distance education.”

He is hopeful this project will inspire other faculty members across the University to make use of the virtual reality resources available through XpertVR.

“What I’ve asked for is pretty minimal in terms of what these guys can do,” he said, “but there are a lot of classes, particularly in the sciences, where this can really have an interesting impact.”

Sitler is confident the 3D classroom model can make waves in various disciplines, particularly in History and Geography.

“Right now, we’re working with a basic classroom, but in the future, we can have the walls fall down so students are standing in Paris, or in Rome during the Roman Empire,” he said. “There are so many potential applications.”