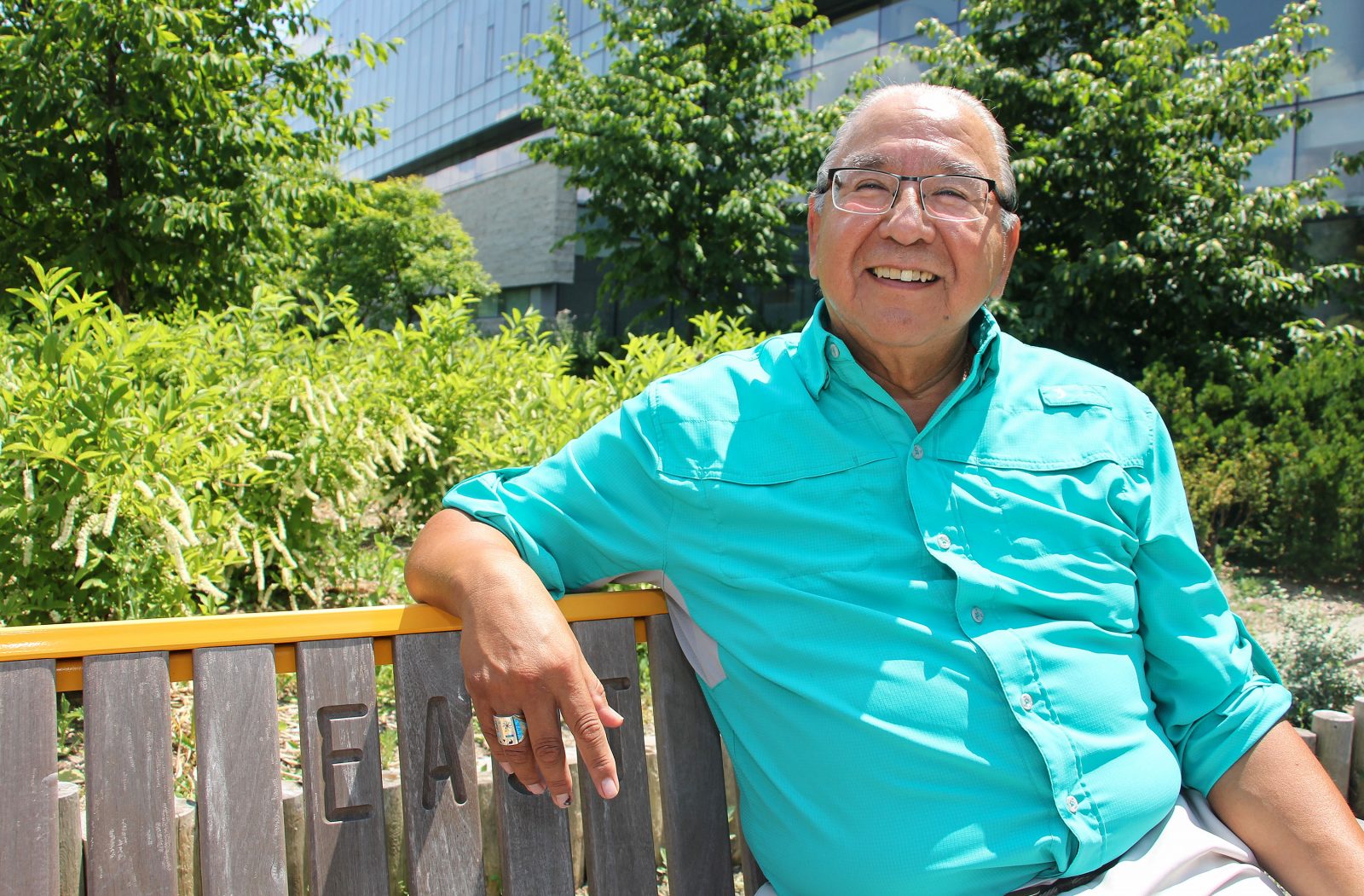 In his new role as Vice-Provost, Indigenous, Amos Key, Jr. is confident Brock University can become a leader in changing the way Indigenous issues are framed in education.

While he believes Brock and other post-secondary schools are doing a good job at ‘Indigenizing,’ Key believes the conversation in Canada needs to shift to bringing ‘Indigeneity’ into the education system.

“Across the country, we are in a watershed moment because of the Truth and Reconciliation Commission, and the United Nations Declaration of the Rights of Indigenous People,” said Key, who started his tenure at Brock last week. “There’s a wonderful opportunity to peel back a century of wrong doing and misunderstanding and allow Indigenous ideology to finally step forward. We call that ideology in our work Indigeneity.”

The new Vice-Provost position and office was created as a way to support Brock’s Indigenous education across all Faculties, as well as the University’s community engagement with stakeholders and partnership initiatives. Key was hired after a year-long search.

A member of the Mohawk Nation, Key has been the First Nations Language Director for 25 years at the Woodland Cultural Centre in Brantford, and comes to Brock after working as an assistant professor at the University of Toronto’s Centre for Indigenous Studies.

Since starting his role on July 1, Key has been meeting with various members of the Brock community to start gauging where the University stands today and what it could do to become a national or international leader in Indigenous education in the future.

He believes we can use the Truth and Reconciliation calls to action, as well as the United Nations Declaration of the Rights of Indigenous People, as a foundation on which to build and position the University.

“How do we incorporate those into our systems here? That’s where the conversations have to happen first,” Key said. “Starting with those foundational documents really changes the mindset and engagement between Crown and Indigenous relations in the past, present and future.”

As a moral imperative, Key said post-secondary institutions should focus less on what they think would make a school more Indigenous, and more on Indigeneity, which in general terms, refers to the qualities of being Indigenous and hailing from an Indigenous civilization, rather than just culture.

As an example, before he started at Brock, he attended a conference where the topic of handling and showcasing Indigenous artifacts was discussed.

“What came from the floor was ‘why do we always have to keep Indigenous artifacts behind glass?’” Key said. “We as Canadians are a touchy-feely people, so why wouldn’t you allow people  to feel the texture of something rather than just looking at it. You get a different sensibility touching it and working with it. It’s a totally different concept of stewardship.”

Not far from his office in Welch Hall is a birch bark canoe that was donated to Brock’s Tecumseh Centre for Aboriginal Research and Education by students in Sioux Lookout, Ont., and put on display in 2015. Like many other Indigenous artifacts, it’s protected in a glass case.

“That’s the kind of sensibility we want to look at,” he said. “We monetize and value museums, and we go see these things in cases, but you don’t use all your senses. You can’t touch or smell things like this because they’re in a glass case. Maybe we could put the original in storage and  duplicate it so that all these young children who are coming to Brock in the summer, can actually feel the textures of the birch bark and ribbing and experience the smell of the beautiful wood.”

Key also believes Brock’s Faculty of Education is in a unique position to continue to provide teachers with targeted and unique Additional Qualification (AQ) courses, they can use throughout their careers.

“There are well-meaning teachers, but in most faculties of education, there’s not a mandatory Indigenous studies course as part of their degree program that can be useful to understanding the Indigenous people of Ontario,” he said. “I would like Brock to become  a centre of excellence for Indigenous education and Indigenous applied research provincially, nationally and even internationally. We all want to decolonize education and to Indigenize the academy.

“That is why I am so glad to be joining the team at Brock University to begin having those conversations.”