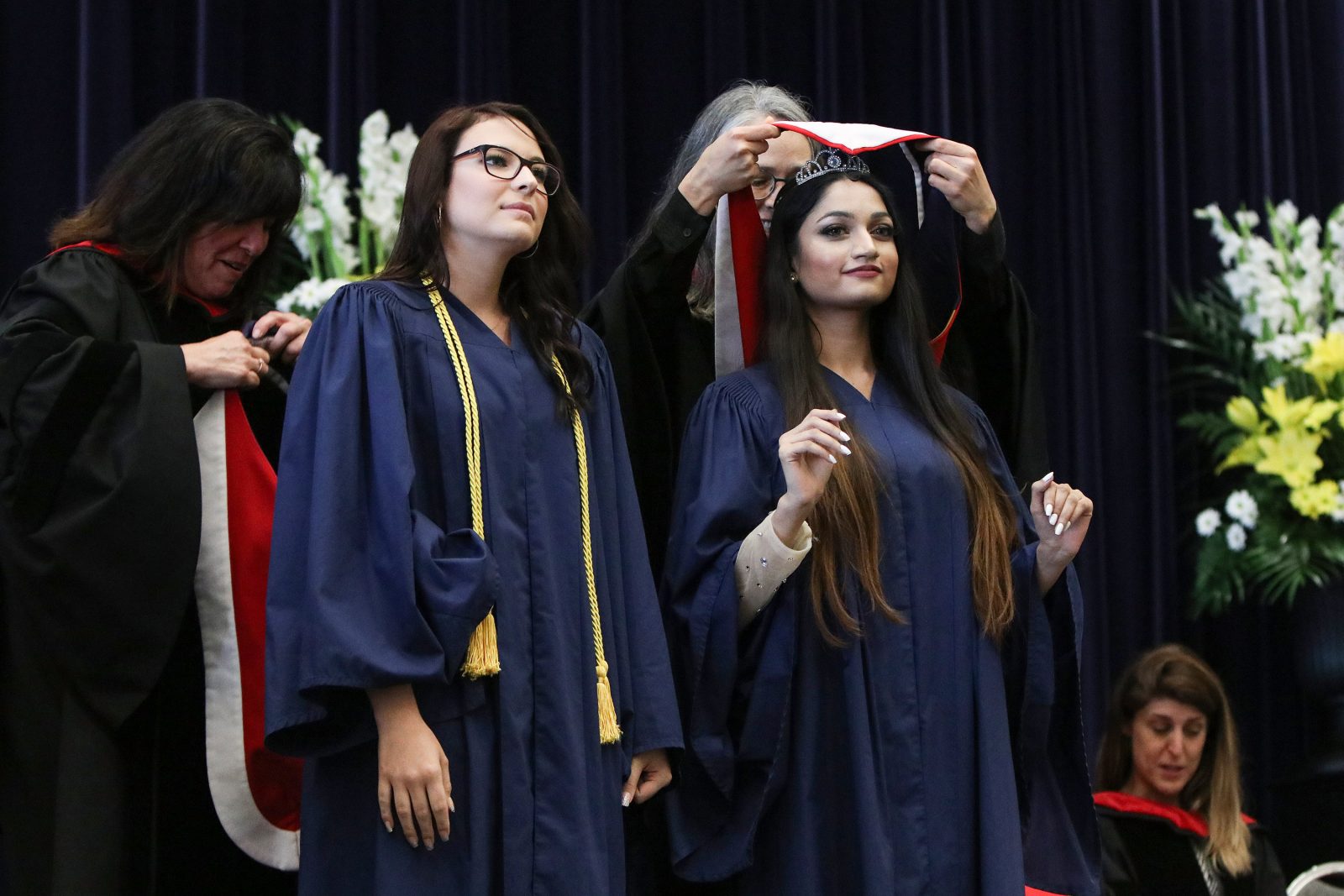 Time and time again, Zoya Rajput has proven that nothing can keep her down.

Rather than admit defeat when life throws her punches, the Brock Political Science grad bounces back — and her most recent recovery landed her a coveted spot at Harvard Business School.

After collecting her degree Tuesday, June 11 during the Faculty of Social Sciences Convocation ceremony, the Niagara Falls native will now make the trek to Boston, Mass., to achieve a dream she’s had since elementary school.

The road to Harvard has been rocky for Rajput.

A confluence of personal crises in close succession forced her to rethink her plans, but she held fast to her goal.

She hoped to go to Harvard straight from high school, but a concussion suffered in her final year caused her to miss a lot of class time and even prevented her from delivering her valedictory speech. It also put the Ivy League university out of reach — temporarily.

Instead, Rajput spent a year at McMaster University before transferring to Brock. She then applied to Harvard’s undergraduate government program as a transfer student. But then came a rejection letter.

Soon after, Rajput narrowly escaped being attacked by a man who followed her after work and tried to force his way into her car. Sensing something amiss, she was able to outsmart the would-be attacker but, she acknowledges, “anything could have happened if he got in that car.”

The experience left her shaken but also helped her put the rejection from Harvard into perspective. She was determined to try again.

“I felt like I got a second chance at life. It made me want to work even harder to achieve my goals,” Rajput says.

After all she had been through, she was happy to be at Brock, where she felt supported, and to remain close to her family.

“The whole community at Brock was incredible,” she says. “It felt like coming home.”

Despite being a newcomer to campus, she was elected as one of six undergraduates on the University Senate to represent Brock’s more than 19,000 students.

“I’ll be honest, it was a bit of a shot in the dark,” she says. “But shots in the dark are kind of on my agenda now.”

Her perseverance in all aspects of life paid off earlier this year when an envelope marked Harvard arrived in the mail. Rajput was home alone when she opened the acceptance letter she had longed for for years.

“I was absolutely thrilled,” she says. “I kind of just sat there taking it in and thinking about my whole life to that point, reminiscing in a sense.”
Rajput is convinced that her attitude has made all the difference in how she handles adversity.

“Some people might think that with one rejection or setback, or with someone they look up to not believing in them, that they don’t have a chance. But I want them to know they can literally do anything if they set their mind to it,” she says. “The only person who has to believe in you is you.”

Raised in a single-parent home, Rajput considers her mother a “huge inspiration” for the way she approaches life.

“My mother left her family behind in Pakistan and gave up her whole life to come to a brand new country to give me the chance to do my absolute best,” she says. “Words can’t express how much she has done for me. I just want to make her proud.”

Rajput hopes her story can motivate others. She challenges students who may be going through tough times to consider changing their perspective. Sometimes, she says, the time that seems so hard is actually an opportunity that you just haven’t recognized yet.

“The word ‘impossible’ does not exist in my world,” she says. “I don’t think there are any limits if you try hard enough.”