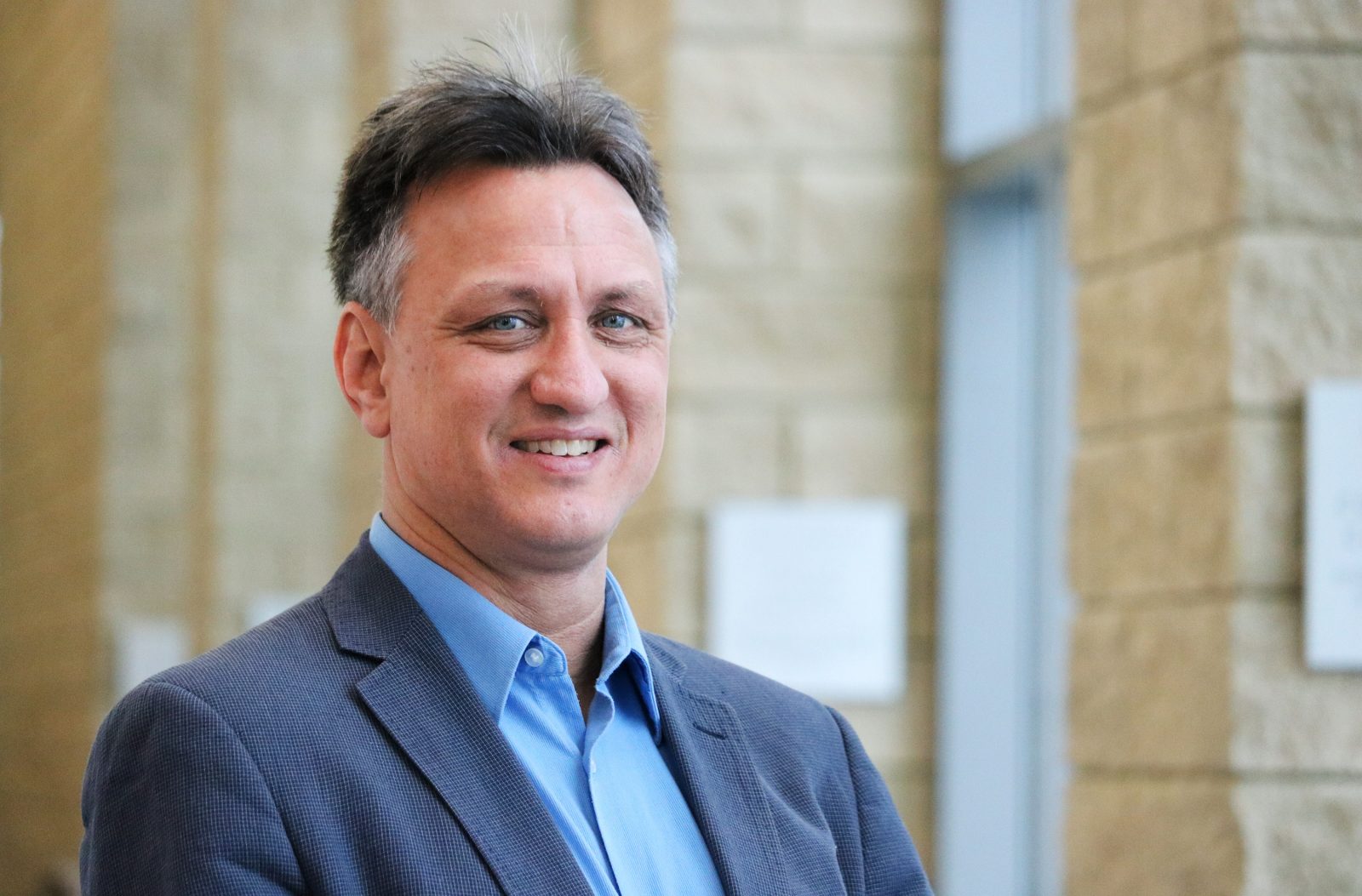 Scott Henderson is preparing for the curtain to close on his lengthy Brock University career.

The Associate Professor of Communication, Popular Culture and Film (CPCF) has made his mark on campus as a dedicated teacher, Chair of the University’s Senate, a respected Oscar prognosticator and tireless administrator.

He will close his Brock chapter at the end of the month, moving on to become Dean and Head of the Durham campus of Trent University beginning July 1.

Henderson arrived at Brock in 1991 to teach in what was then called Film Studies, Drama and Visual Arts in the Faculty of Humanities. Within a few years, as interest in the program exploded, the need for a separate unit became clear and the Department of Communication, Popular Culture and Film was born.

“It was a unique program that just hit the right era and it became more significant as people were becoming aware of the importance of communications with digital and online media,” he said.

“That’s one of the biggest changes,” he said. “It used to be that, in May, you’d be mapping out next year’s course, requesting films and hoping that they would come.”

Sometimes, he said, if copies were scarce, course schedules would have to be rearranged until the films were available.

Throughout his career, Henderson has enjoyed teaching, whether with small groups doing directed readings or in large lecture halls.

He has also held many service roles at Brock and participated in several committees. Before taking on the role of Chair of CPCF from 2013-16, he wanted to know more about the inner workings of the University and put his name forward for Senate.

“After 20 years of teaching, it was nice to be doing something different, and to see a different side of the University,” he said. Henderson held the role of Senate Chair from 2015-17, before being re-elected to the position for 2018-19. He will remain Senate Chair until the end of next week’s Convocation ceremonies, before passing the reins to Professor Don Cyr, Senate Chair for 2019-20.

Henderson was surprised to discover a passion for some of the minutiae of administration, “things like meeting minutes, Robert’s Rules and the Faculty Handbook.”

But, he said, the most rewarding thing about working on Senate has been the opportunity to meet colleagues outside his own department and to learn what different people are doing across the University.

“There’s a lot of really good people here at Brock, a really good energy,” he said. “There are moments when we’re uncertain about ourselves, but I think the big picture is that we’re going the right way. There’s a lot to be excited about.”

He is confident CPCF will continue to thrive after he leaves.

“I’m leaving behind a dynamic department,” he said. “We’ve been growing leaps and bounds. We’ve got some innovative faculty, and our recent hires have lots of great ideas.”

Brock President Gervan Fearon praised Henderson for making “significant contributions to the University and the broader community at numerous levels.”

“As a teacher with us for nearly 30 years, Professor Henderson has inspired and energized literally generations of students in ways that will enrich them for the rest of their lives,” he said.

“He has also been a catalyst of renewal and change as an administrator, serving as Chair of his academic department as well as the Chair of Senate. As Chair of Senate, he was instrumental in helping to foster a collegial environment, as well as faculty and staff engagement in developing the University’s new Integrated Strategic Plan, and helping ensure its approval and implementation.

“We are saddened to see Scott go, but recognize the terrific opportunity for him to contribute to post-secondary education at another institution in Ontario and we all wish him the best in his new leadership role.”

Being involved in the development of the new strategic plan was a highlight for Henderson. “I’ll miss seeing some of that unfold,” he said.

“And I’ll certainly miss Niagara. It’s a great place to live with the access to the outdoors, to nature, to the Falls and the wineries; A nice mix of everything.”

Another change Henderson witnessed during his time at Brock has been the revitalization of downtown St. Catharines.

“It was a ghost town when I got here in ’91,” he said. “Now, there’s a different dynamic. Brock has been a significant part of that with the Marilyn I. Walker School of Fine and Performing Arts, with our engagement with the community and the role that students play. It’s a big population in a small city that has changed the dynamic for the better.”

Faculty of Social Sciences Dean Ingrid Makus surprised Henderson at a recent departmental reception held in his honour with a light-hearted poem she wrote for him.

“It was great,” Henderson says of the poem. “It’s definitely among my collection of mementos from Brock.”

Makus noted his “outstanding” teaching, writing and research as well as his many acts of administrative service for the University.

When Henderson finally closes his office door in Scotiabank Hall, he will be sorely missed by students and colleagues alike, she said.

Until his departure from Brock, Henderson continues to chair Senate and will preside over the Convocation ceremony for the Faculty of Social Sciences.

Henderson experienced a lot of change in his 28 years at Brock. And there’s more change coming. Besides starting a new job, he’s also expecting his first grandchild in August.