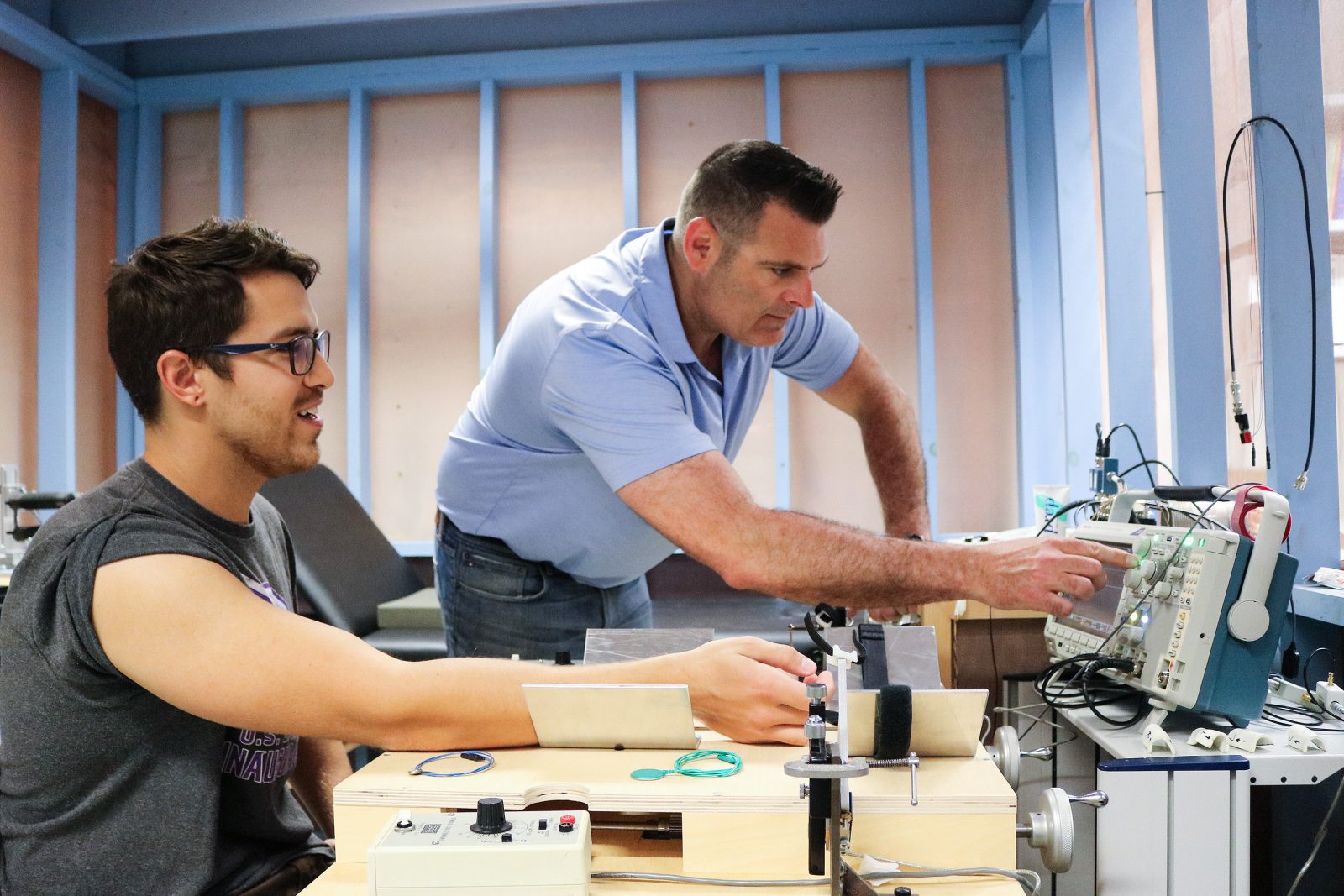 The road to earning a doctorate has not been without obstacles for Greig Inglis.

The Faculty of Applied Health Sciences Senior Lab Co-ordinator’s quest for higher education has meant late nights, early mornings and learning to balance the ongoing demands of work, family life and his studies.

But on Monday, June 10, years of hard work will culminate in Inglis receiving his PhD, the highest academic degree a person can achieve.

Inglis is one of four Brock employees set to cross the stage during the University’s Spring Convocation, which includes nine ceremonies from Monday, June 10 to Friday, June 14.

The Grimsby native’s Brock journey began in 1994, when as an undergraduate student he planned to someday become a Physical Education teacher. However, his aspirations changed after taking an introduction to exercise physiology class with Professor William J. Montelpare, who taught at Brock from 1986 to 1998.

“When I first met Bill, his energy and teaching style really resonated with me,” Inglis recalled. “This was the first time I really saw how human physiology could be applied to human performance. Soon after, Health Sciences Professor Brent Faught guided me to appreciate research and it inspired me to become a lifelong learner.”

Faught, who spent much time in the exercise physiology lab with Inglis in the mid-90s, recognized his “inquisitive character” early on.

“To be a scientist, you always have to be wondering,” he said. “Greig has a desire to learn; he was always inquiring about the why and how, and trying to answer compelling questions.”

After completing his Bachelor of Physical Education in 1998, Inglis left Brock to complete a master’s degree at East Tennessee State University before returning in 2000 as a research assistant. He accepted the position of Senior Lab Co-ordinator the following year.

“Working with people I’ve known since 1996 has given me the opportunity to develop a sense of community,” Inglis said. “For as long as I can remember, I knew I wanted to do a PhD, but I waited 10 years before finally going back and doing it part time.”

For the past seven years, Inglis has focused his doctoral work in the area of clinical neurophysiology and biomechanics, studying sex differences in the neural control of movement. His research included three studies with more than 100 participants that looked at different aspects of skeletal muscle electrophysiology and how biomechanical sex differences affect muscle activation.

The future direction of this work could be used to develop specific training modalities and rehabilitation techniques in specific populations, and to add a large data set to the study of motor unit behaviour throughout force gradation.

For Inglis, accomplishing his academic goals meant not only working hard in the lab, but also learning the fine art of balancing his full-time job with his studies and his responsibilities as a father.

“Working every evening from the time my two daughters were very young has meant surrounding myself with people who understand the time commitment,” Inglis said. “There were times I put my girls to bed, did research into all hours of the night and then squeezed in a few more hours of work in the morning before making them breakfast and heading off to work. This has meant working both evenings and weekends, making some tough decisions and sacrifices.”

“When Greig expressed interest in completing a PhD, I saw a graduate student with a great deal of desire and aptitude for research, but with multiple constraints on his time,” Gabriel said. “Working full time and being a single parent brought challenges that I could not imagine, but he persevered and completed his PhD when many others would have given up.”

Reflecting on his experience, Inglis acknowledged that although some answers were brought about by his research, his work has ultimately generated more questions he hopes to address going forward.

“I’m always wanting to learn and grow,” he said. “I’m never satisfied until I find the answers and I look forward to more opportunities in the future that will enable me to do this.”

Gabriel, on the other hand, is hoping Inglis will take some time to appreciate his accomplishments.

“Not only can Greig rejoice in completing a long journey while retaining a sense of humour, but colleagues have called his dissertation work a ‘game changer’ in the field,” he said. “I look forward to hooding him at Monday’s Convocation ceremony.”

Inglis is a recipient of the 2019 Jack M. Miller Excellence in Research Award and the Spring 2019 Distinguished Graduate Student Award, which is presented to one student from each program who has achieved the highest overall average. He will receive his doctoral degree and join his colleagues on stage on Monday, June 10.

Each ceremony will be streamed live online at brocku.ca/livestream

If you know of any other Brock employees graduating next week, please email campusnews@brocku.ca